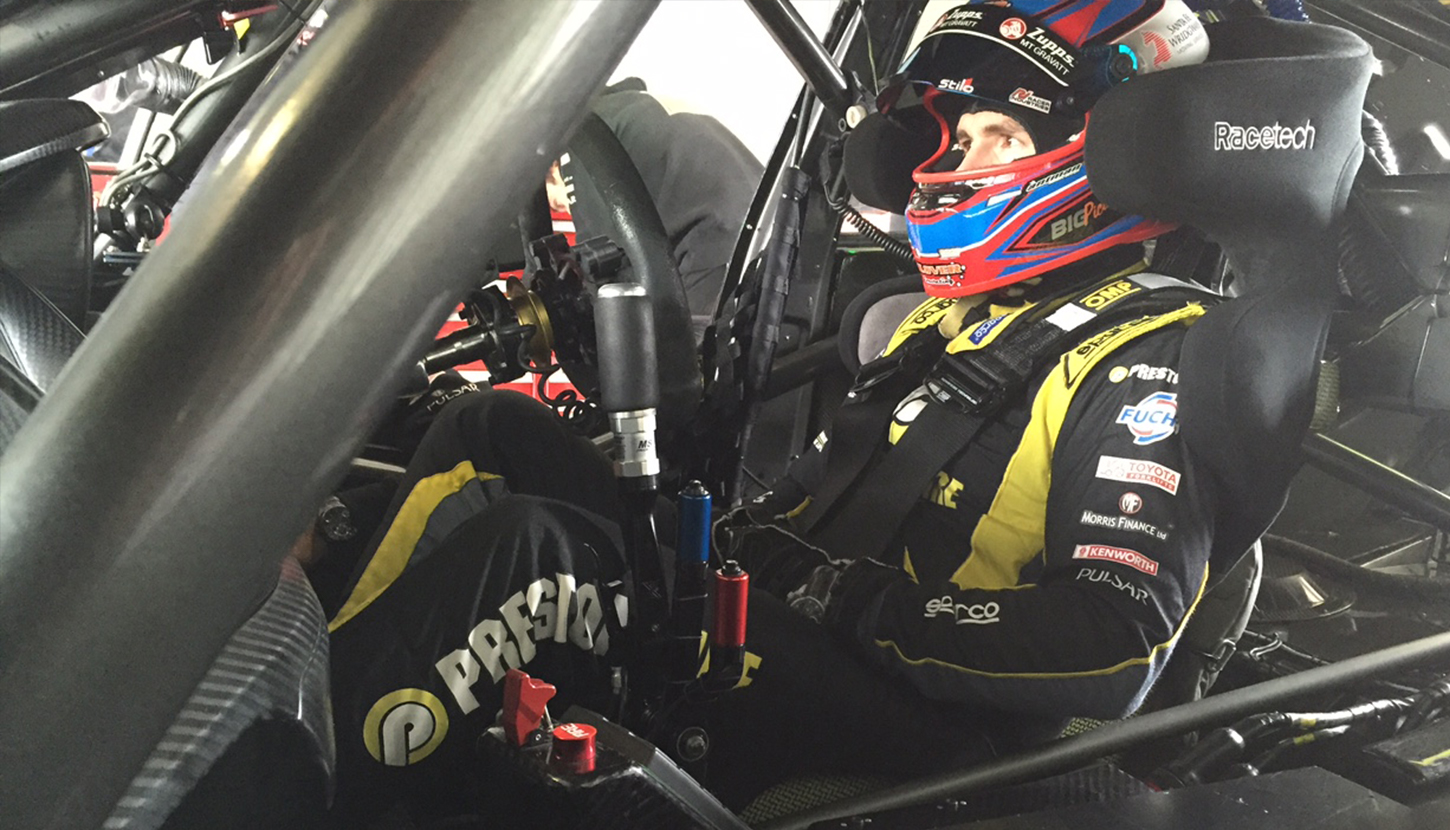 Lee Holdsworth turned the first lap in his new Triple Eight chassis today and was able to complete almost half of the 20 laps allowed at the team’s Winton shakedown.

It was the 33-year old’s first time driving his Preston Hire Supercar since fracturing his pelvis, rib, and knee in a monumental crash in Darwin that wrote off his old car.

Holdsworth was happy with his progress speaking to supercars.com this afternoon and is excited about a racing return at Sandown next month. 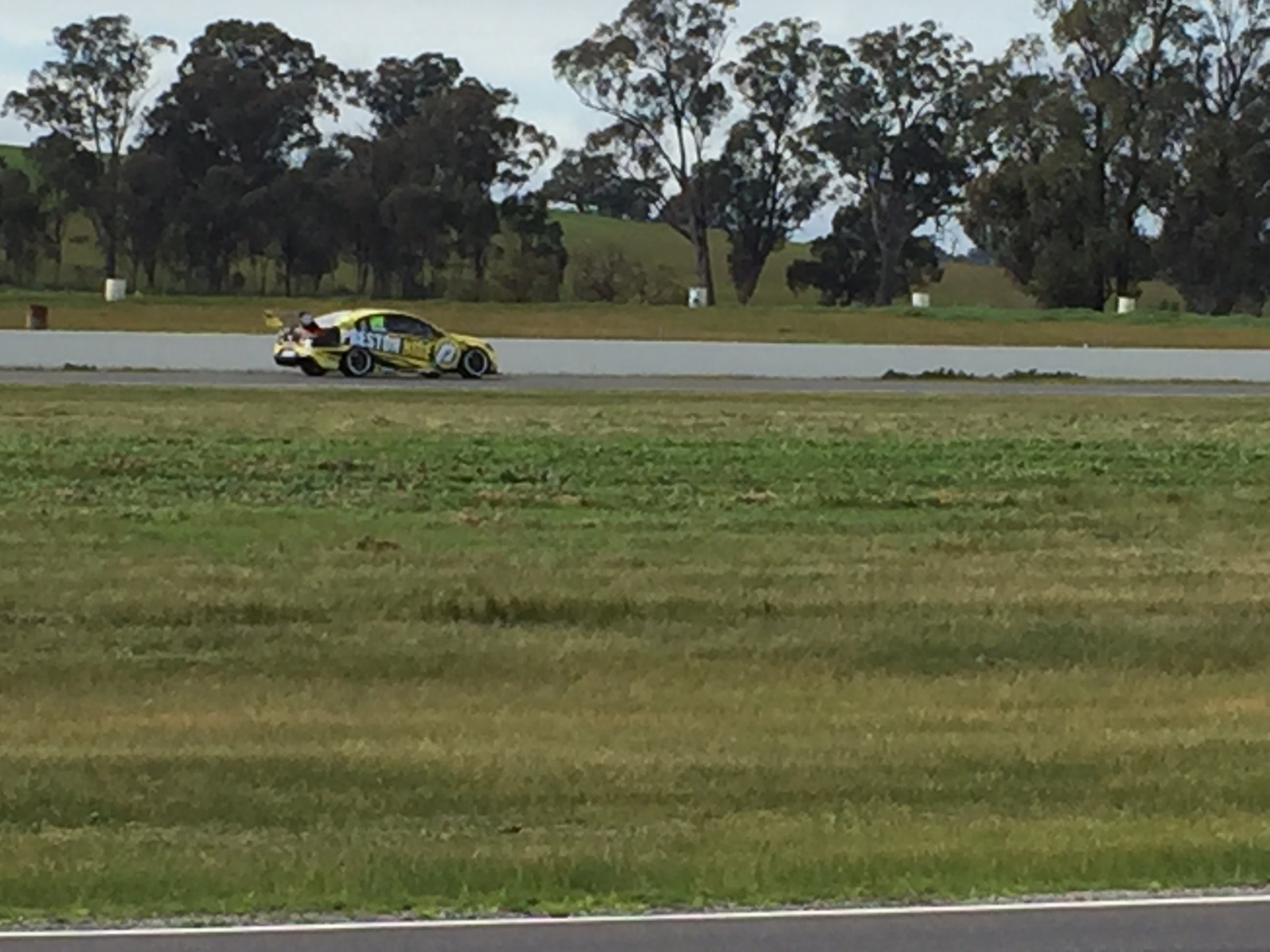 He is planning to steer a few more laps on Friday at Sydney Motorsport Park in practice, complete some of the ride day the following Monday and run for the majority of the pre-enduro test, as he and co-driver Karl Reindler swap roles this weekend.

“It was good,” Holdsworth told supercars.com.

“Only 20 laps for a shakedown, so I split it in two with Karl and it was really good to get some laps.

“I’ve come away from it feeling pretty good – there’s a bit of rib pain, but apart from that the main concern for me was the pelvis and the knee and that was not an issue at all.

“I felt really good in the car, I was very pleased with the way the body handled it.”

The car ran faultlessly, which made it easier for Holdsworth to concentrate on how he was feeling physically.

“Certainly the aim for the day was to find out what I need to focus on for Sandown with my fitness,” he said.

“Like always after a bit of a break, your hands get a bit sore from gripping the wheel so tight – that comes back pretty quick, that’s not something I’m worried about.

“Apart from that I’m not feeling any pain or stiffness or tightness – it’s probably tomorrow I’ll feel it if there is anything, but I don’t think there will be any issues.

“It was great, just nice to get back behind the wheel again, it made me very happy to confirm the body is good to go.

“Aside from that the new car felt great – it ran really well and we had some dry running, which was a bit of luck because it hasn’t been great out there.”

While Reindler is scheduled to run as the primary driver at Sydney Motorsport Park this weekend, the car will be set up for Holdsworth to help the West Australian get used to what the car will be like during the long distance enduros.

Reindler estimated that he completed 11 laps today while Holdsworth did nine, so it was almost an even split. 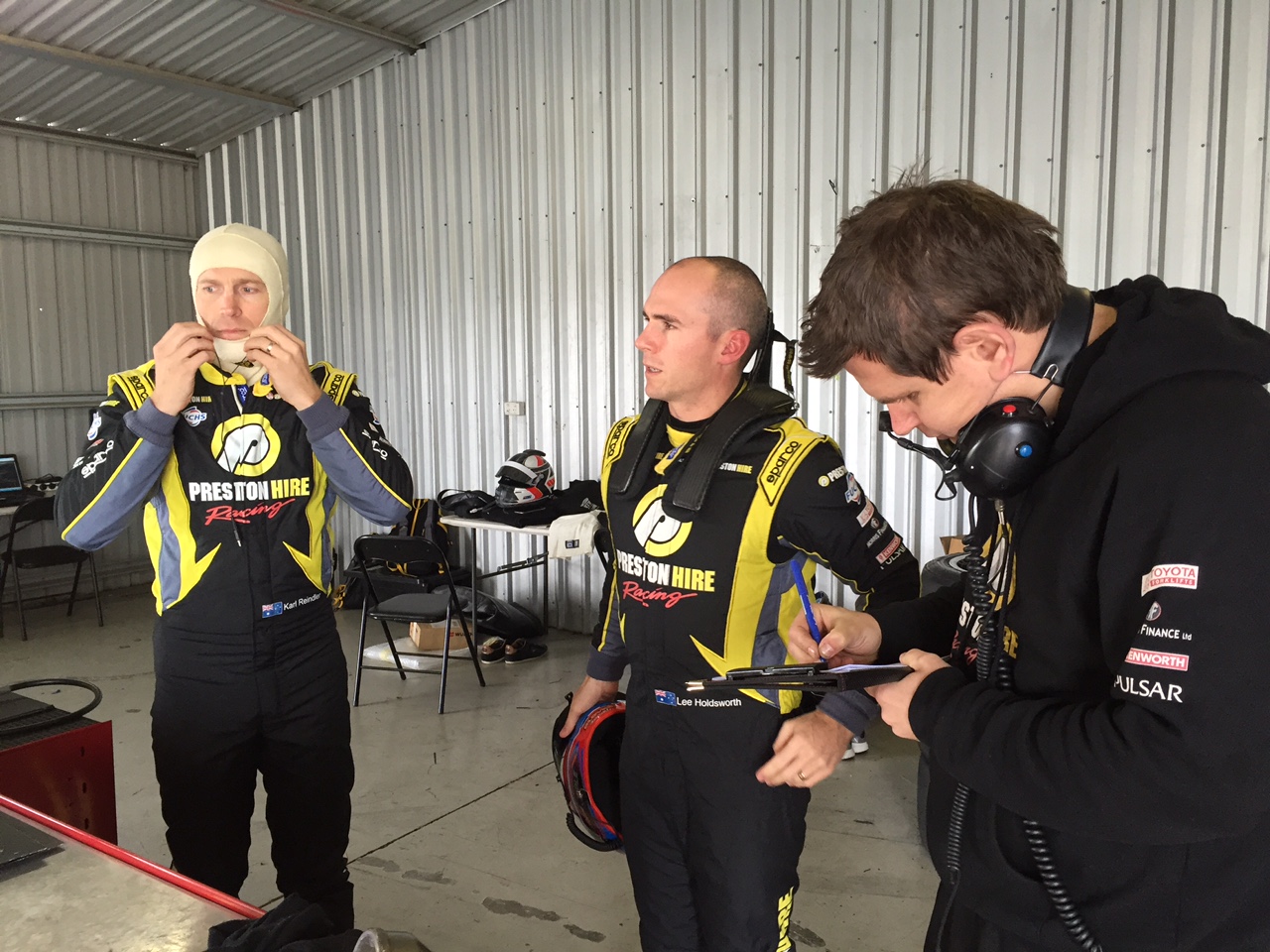 “We sorted out a few niggly ergonomic things, we’re trying to find that compromise for Lee and myself with me being a fraction taller,” Reindler said.

“I’m going to run the car in Sydney as Lee wants it so I can get used to the seating position even though it’s probably not the optimum position for myself.”

“Lee jumped in today and it was honestly like he’d never been out of the car, he was driving really well,” he said.

“When you’re an experienced guy like Lee, when you take a few months off with an injury like that, you jump back in – it’s your office. You know it so well, and it’s like it was yesterday.”