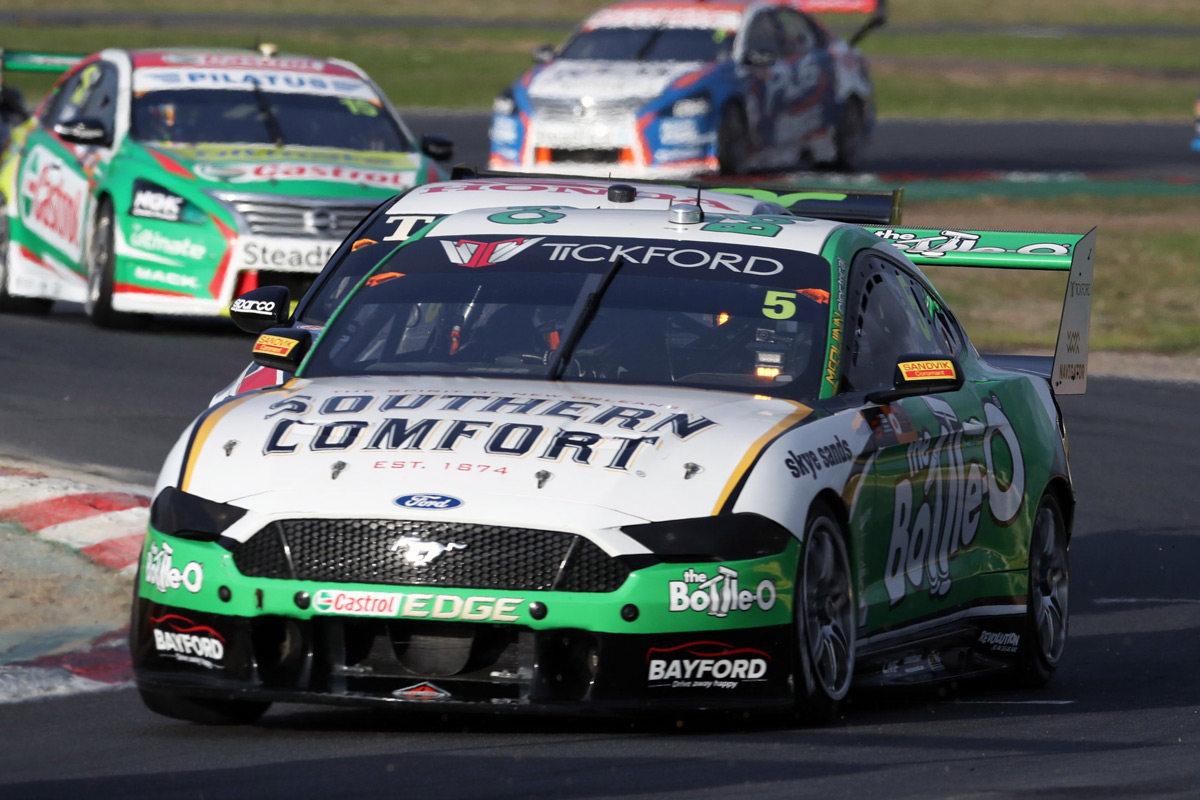 Tickford Racing's Lee Holdsworth has been handed a second penalty by Supercars stewards for an incident in Saturday's Truck Assist Winton SuperSprint race.

Holdsworth crossed the line eighth in his Bottle-O Mustang, but fell to 16th initially with a 15-second time penalty for contact with Anton De Pasquale at Turn 10 on lap 22.

That penalty was issued in-race, but further investigations on Saturday evening led to a second sanction.

Holdsworth was found guilty of careless driving in an earlier incident that dropped rookie Garry Jacobson out of the top 10.

A hit in the final complex of corners on lap 13 spun Jacobson – who eventually finished 22nd – and resulted in another 15-second penalty for Holdsworth.

It drops Holdsworth to 22nd, giving Jacobson a place back.

Kelly Racing requested an investigation into a separate incident between Jacobson and Jack Le Brocq, but stewards found neither driver was wholly or predominantly at fault.

There was the same outcome on opening-lap contact between Macauley Jones and Simona De Silvestro, an investigation again initiated by the Nissan squad.

Brad Jones Racing was fined $3,000 and docked 30 teams' championship points, for not having the brake-lock mechanism engaged at all times during a pitstop for wildcard runner Jack Smith.

Stewards have also handed Todd Hazelwood a financial sanction, $5,000 of which $2,500 is suspended until the end of the year, for failing to "maintain control and only use the race track" during passenger rides.

In-race penalties applied on Saturday included a 15-second sanction for Fabian Coulthard for his opening-lap touch with team-mate Scott McLaughlin.

David Reynolds was also delayed by five seconds for his hit on James Courtney on lap two.