The Tickford Racing driver turned a 1:12.6772s that was ultimately just 0.0132 seconds quicker than van Gisbergen.

In third and fourth, Scott McLaughlin and David Reynolds were both within 0.0773s of Holdsworth's benchmark.

After a rain-hit opening practice, drivers were greeted by a dry circuit for the afternoon's 30 minutes of running.

Fabian Coulthard set the initial pace, with his 1:13.1714s benchmark lowered by Will Davison approaching the halfway mark.

McLaughlin and Holdsworth then moved to the top entering the final 10 minutes, with the day's first 1:12s laps.

Further improvements came in the closing stages, with McLaughlin logging a 1:12.6974s to reclaim the top spot.

Red Bull Holden Racing Team driver van Gisbergen got within 0.0132s but could not unseat Holdsworth.

After Cameron Waters set the pace in the wet morning session, Holdsworth completed a sweep of the day's running for Tickford Racing. 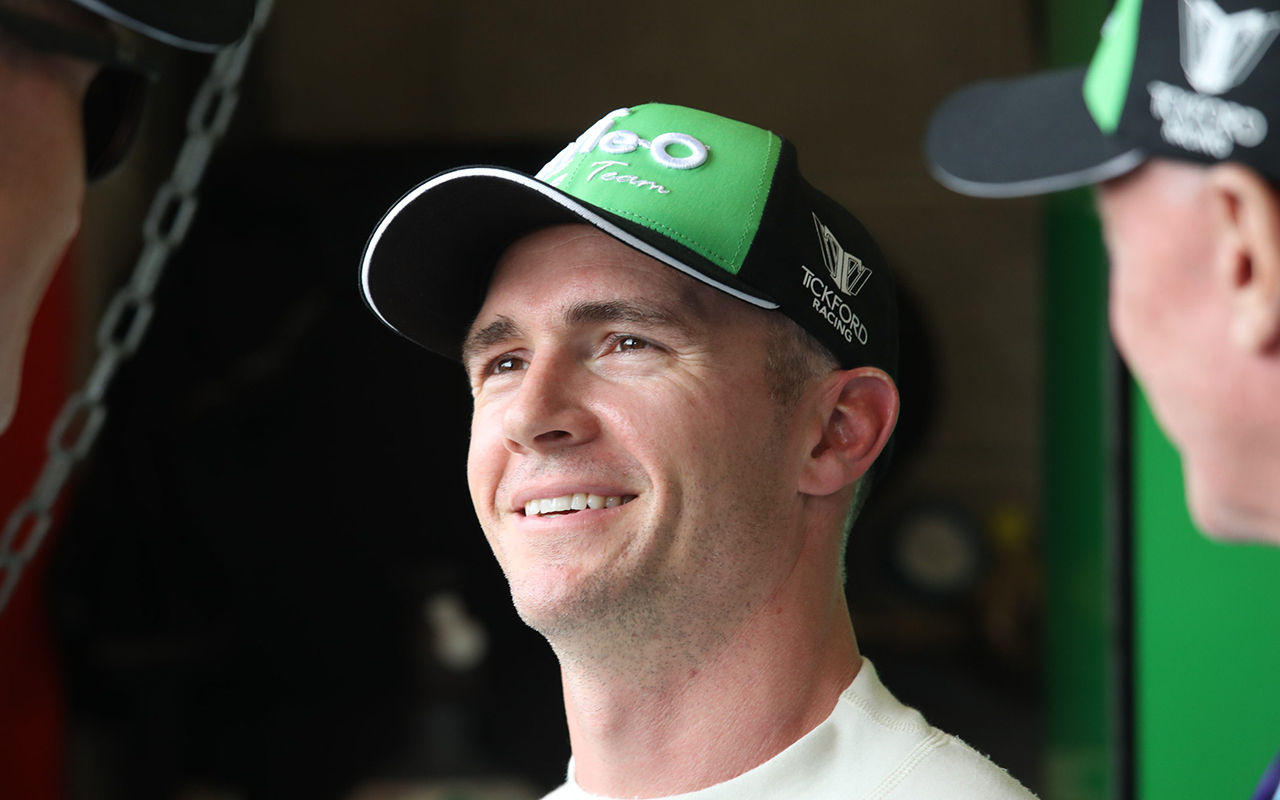 "I love this track, I’ve always enjoyed it around here," Holdsworth said.

"The Bottle-O car is really hooked up. We obviously didn’t get much of a chance to tune it today, but we’ve rolled out of the box with a pretty quick beast.

"Let’s hope we’re in the same position tomorrow after qualifying."

McLaughlin and Reynolds took third and fourth, while Waters rounded out the top five.

Davison wound up 11th, while Rick Kelly was the best of the Nissans in 13th and Chaz Mostert took 14th.

Mostert's Supercheap Mustang was sidelined through the first two thirds of the session by an engine problem.

Jamie Whincup narrowly missed getting another flying lap at the end and finished 16th.

"I would have missed the finish line by half a second I reckon, but that’s the way it goes," Whincup said.

"But overall we had a good session. We tried some radical things to try and improve the car speed.

"I don’t know if they’re better or not, we’re going to have to look at the data a little bit more."

Saturday's Watpac Townsville 400 running starts with Practice 3 at 9:55am.