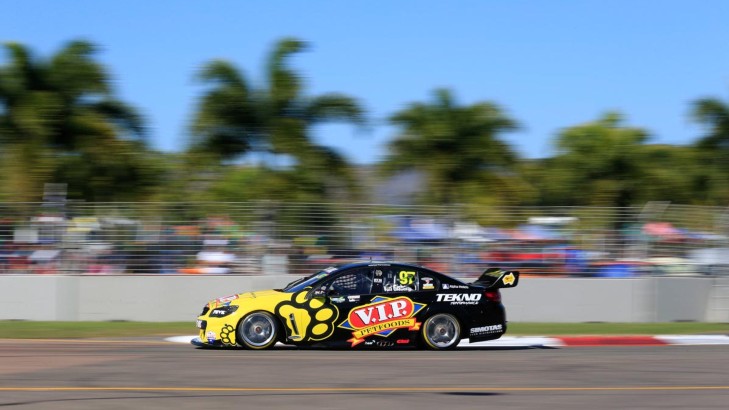 The final practice session is complete at the Castrol Townsville 500 -Driven by TAFE Queensland, with ARMOR ALL Qualifying under an hour away.

Shane van Gisbergen topped the session, meaning the Kiwi has run quickest in three of the four practice runs yesterday and this morning.

The 1min13.25 lap bettered yesterday's fastest time of 1min13.70 - recorded by Lee Holdsworth - and led a list of charging Holden Commodores, with eight VFs making up the top 10.

"It's been great but we don't have any points yet, so we'll see what happens this arvo."

Yesterday's quickest, the Erebus Mercedes AMG of Holdsworth was in 12th, with the first Ford of the queue David Wall in 15th.

Others to note include Championship leader Mark Winterbottom in 16th, second placed in the points Craig Lowndes in 21st and Chaz Mostert 22nd .

Back-to-back ARMOR ALL Qualifying begins at 11.40am AEST at the Castrol Townsville 500 - Driven by TAFE Queensland.

Your day at the V8 Supercars planned

Shane van Gisbergen  ›
15' Team Darrell Lea STIX ›
2014 Castrol Townsville 500 – Driven by TAFE Queensland  ›
Stay In The Know
Sign up to the Virgin Australia Supercars Championship Newsletter
We use cookies to ensure that we give you the best experience on our website. If you continue to use this site we will assume that you are happy with it.Ok