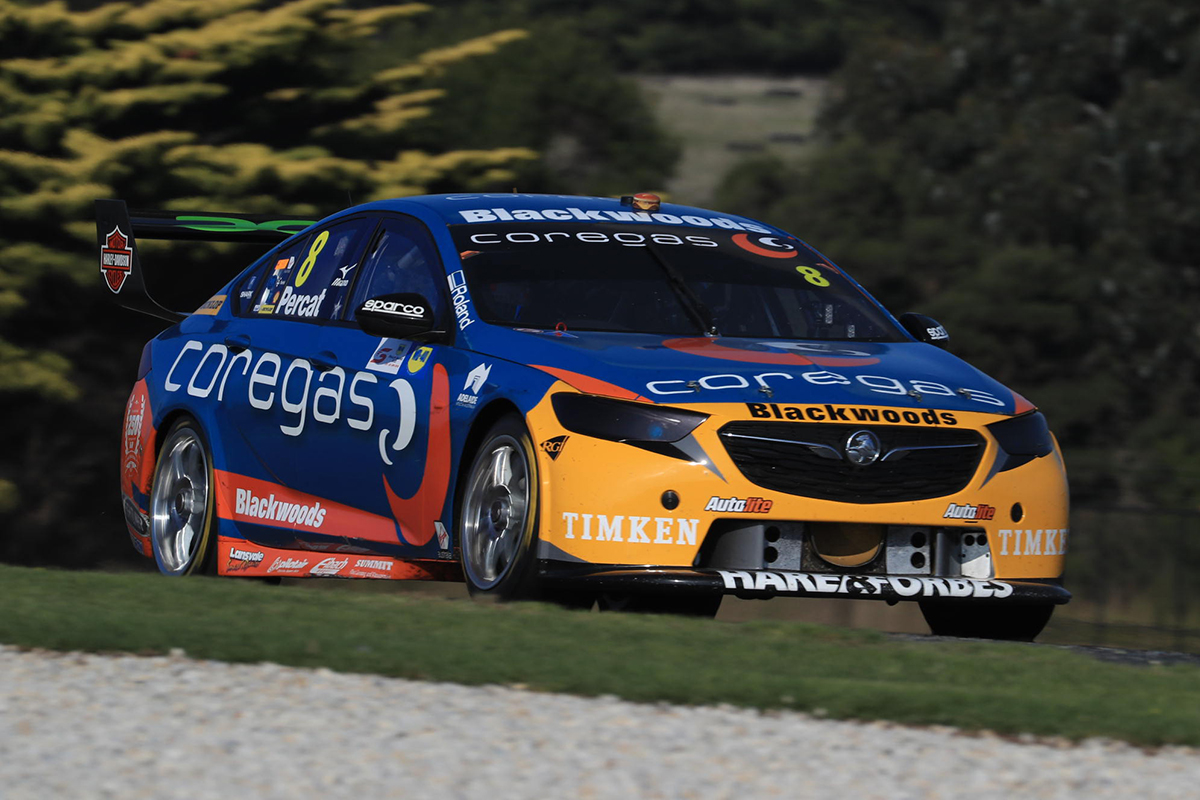 Holden teams will this week renew work to improve the front splitters and mounting systems on their ZB Commodores after a series of failures at Phillip Island.

The underside of the splitter protrudes further from the front of the new-for-2018 Holden than it did on the VF, which has caused headaches for teams in recent months.

Splitters were relatively off the radar during the first three events, save for Jack Le Brocq’s breakage at Symmons Plains caused by contact with another car.

They returned at Phillip Island, the second-fastest average speed circuit on the Supercars calendar boasting long corners and a high reliance on aerodynamics.

The ZBs of Nick Percat for Brad Jones Racing and Lee Holdsworth for Preston Hire Racing were the hardest hit, breaking two and three bars respectively and sustaining mounting damage.

Percat lost 12 laps on Saturday and then all-but missed qualifying on Sunday – before racing from last to 13th with a spare splitter from team-mate Tim Slade – while Holdsworth lost 11 laps on Sunday.

“We’ve got a problem with splitter flap and I think a lot of the Holden teams have the same issue,” Brad Jones told Supercars.com.

“But we were the only ones who had stopped [on Saturday] and then we were forced to go to a different bar from a different manufacturer and we weren’t prepared for the issues that created, because they’re made very differently.

“We’ve experienced splitter flap at a couple of other events.

“We’re not the only ones that experienced it. Everyone’s getting it in various degrees, a number of us are running different mounting options.

“We’re just working through it. It’s a new car, we’re trying to get on top of it as best as we can.”

BJR’s new-chassis shakedown at Phillip Island in February was curtailed by problems with the first-generation splitter, Jones estimating his team “did about three laps”.

“I don’t know that I would say it was frustrating to come here and after doing a shakedown here because we didn’t do any flying laps,” he added. “We could’ve been anywhere.

“I think this is a pretty difficult place on tyres, downforce, it’s pretty fast.

“If you’re going to have a problem, it would certainly be highlighted around here.”

Factory outfit Triple Eight homologated the new ZB and produces bars for itself and customer Tekno, while Garry Rogers Motorsport has a manufacturing deal for the Victorian-based teams.

Complicating matters is that teams run a variety of mounting systems and levels of additional splitter bracing.

“I feel like every single bar in the place is slightly different,” Jones surmised. 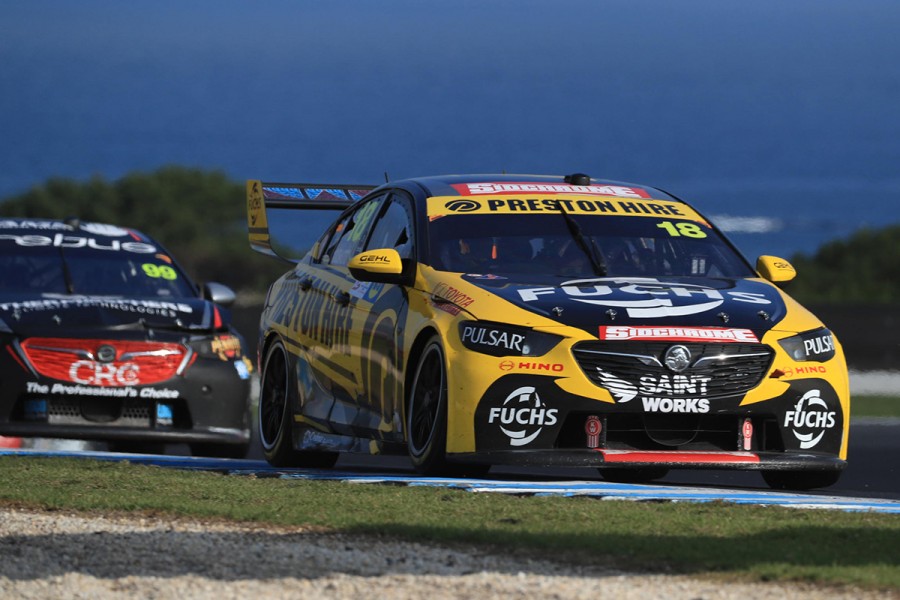 Charlie Schwerkolt says his team had faced “no problems at all” before Holdsworth’s medley of dramas at Phillip Island.

“I think we had the mounts break on the splitter,” he told Supercars.com of the Sunday problems, which followed broken splitters on Friday and Saturday.

“An incredible amount of downforce, it broke the mount and we believe rubbing on the ground caused a bad vibration.

“We didn’t know that was the problem, so we came in and changed bars and that was worse.

“We put a new bar on and it just vibrated really badly, so we were screwed, which is really disappointing.

“We were caught out a little bit, it’s probably our own fault to some degree, we’ve just got to get on top of things and bounce back.

“Obviously the next couple of races, Perth and Winton, we won’t have those issues but we certainly need to get onto it for Bathurst.”

Schwerkolt added there had been “plenty of contact” with Triple Eight – which built Holdsworth’s car – and GRM over the ongoing issues.

“Good dialogue with both and working on a path forward. Because our set-up, we’ve got a Triple Eight mounting system [with splitters] getting made in Melbourne,” he said.

“We’ve just got to get on top of all of that, how we do that and make it better. It’s not ideal at the moment.”

GRM and Walkinshaw Andretti United both lost running in the Sydney Motorsport Park pre-season test, with the original front bar. 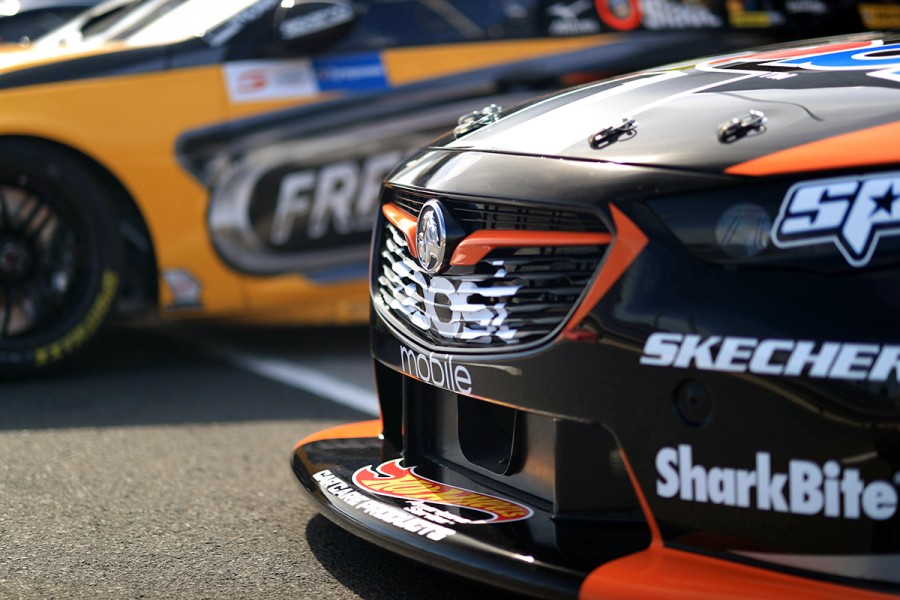 The latter encountered difficulties at Phillip Island, but general manager Mathew Nilsson is confident solutions can be found through updates driven by teams and suppliers.

“We’ve come [to Phillip Island] for the first time and suffered a few issues,” Nilsson said.

“We made some improvements during the weekend but there’s still some work to do [to strengthen it], getting the bracing where it needs to be.

“It is quite a different design to the VF and at a high-speed circuit I think all of the Holden teams, from what I hear, have had some sort of issue over the weekend.

“Collectively, everyone’s got some work to do. Everyone’s got their own solutions, either working for themselves or working with GRM as the supplier for the Victorian teams, obviously Triple Eight do their own thing with their supplies.