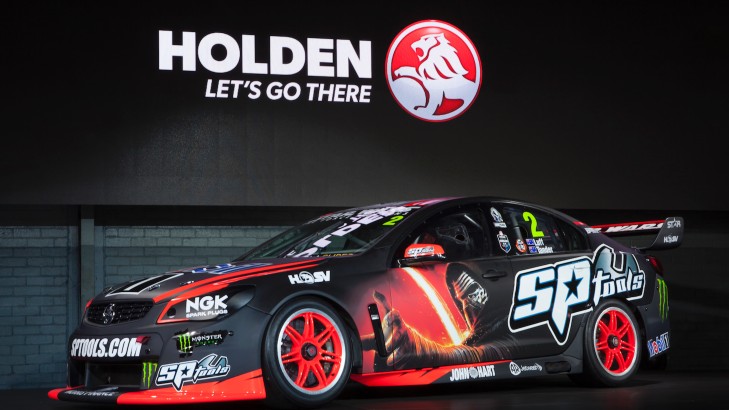 Three-time Supercheap Auto Bathurst 1000 champion Garth Tander has revealed he has crossed to the dark side ahead of this year's Great Race, unveiling a menacing Star Wars: The Force Awakens livery for his Holden Racing Team Commodore V8 Supercar.

Set 30 years after the events of Return of the Jedi - Star Wars: The Force Awakens is the highly anticipated next chapter in the popular movie franchise releasing in cinemas Thursday, 17 December 2015. Its first two trailers received 58 and 88 million views online respectively within the first 24 hours of release.

The #2 HRT VF Commodore race car Tander will share with co-driver Warren Luff will feature Kylo Ren and his lightsaber on one side of its striking black and red livery, and a First Order Stormtrooper on the other - Kylo Ren and the Stormtrooper replacing the iconic HRT driver and lion on the other. 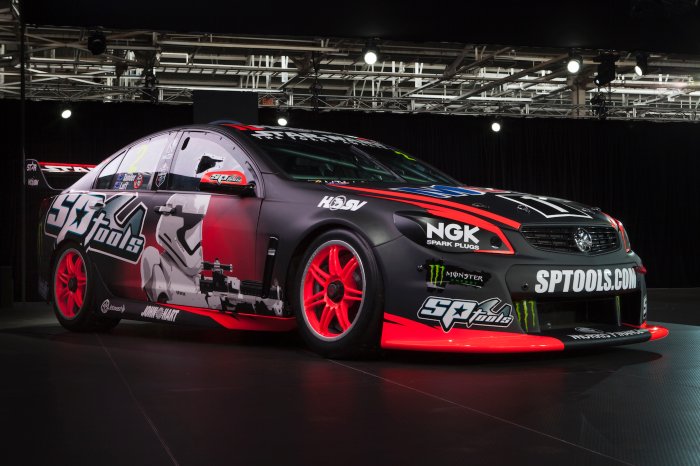 "Star Wars is the greatest movie franchise in history, so I know there will be a lot of interest around our livery from not only our loyal Holden V8 fans, but Star Wars fans globally," Tander said.

"HRT is the most successful team ever at Mt Panorama and to carry the iconic film franchise on the car is extra incentive to add another Bathurst win to my tally. This is one battle I want the dark side to win." 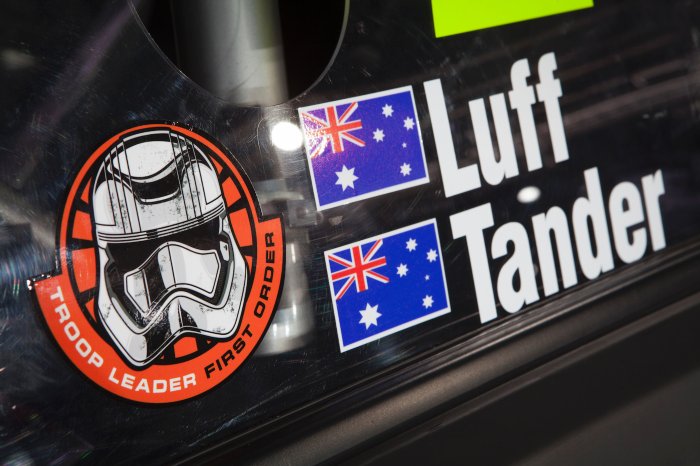 Holden's Sponsorship and Motorsport Manager, Simon McNamara said today's unveiling was the first of two exciting announcements in the lead up to next month's Supercheap Auto Bathurst 1000.

"Today's unveiling is just the first in a number of innovative activations we have planned in our recently announced association with The Walt Disney Company Australia and New Zealand to promote the Star Wars franchise," McNamara said.

"We are excited as this is the first global activation for Star Wars: The Force Awakens. Not only are we continuing to engage with our traditional and loyal fan base, but we are also opening up Holden and Supercars to all new audiences."

To celebrate this iconic collaboration fans will get to choose their side through unique Holden | Star Wars collectible merchandise, available on-track and for pre-sale at shop.hrt.com.au from today.Along with a range of apparel and accessories - the hotly anticipated 1:18 scale replica Star Wars | HRT Bathurst die-cast is already tipped to be the key item here and overseas.

The 2015 Supercheap Auto Bathurst 1000 will be held at the famous Mt Panorama circuit from October 8 to 11 - click here for ticketing details.