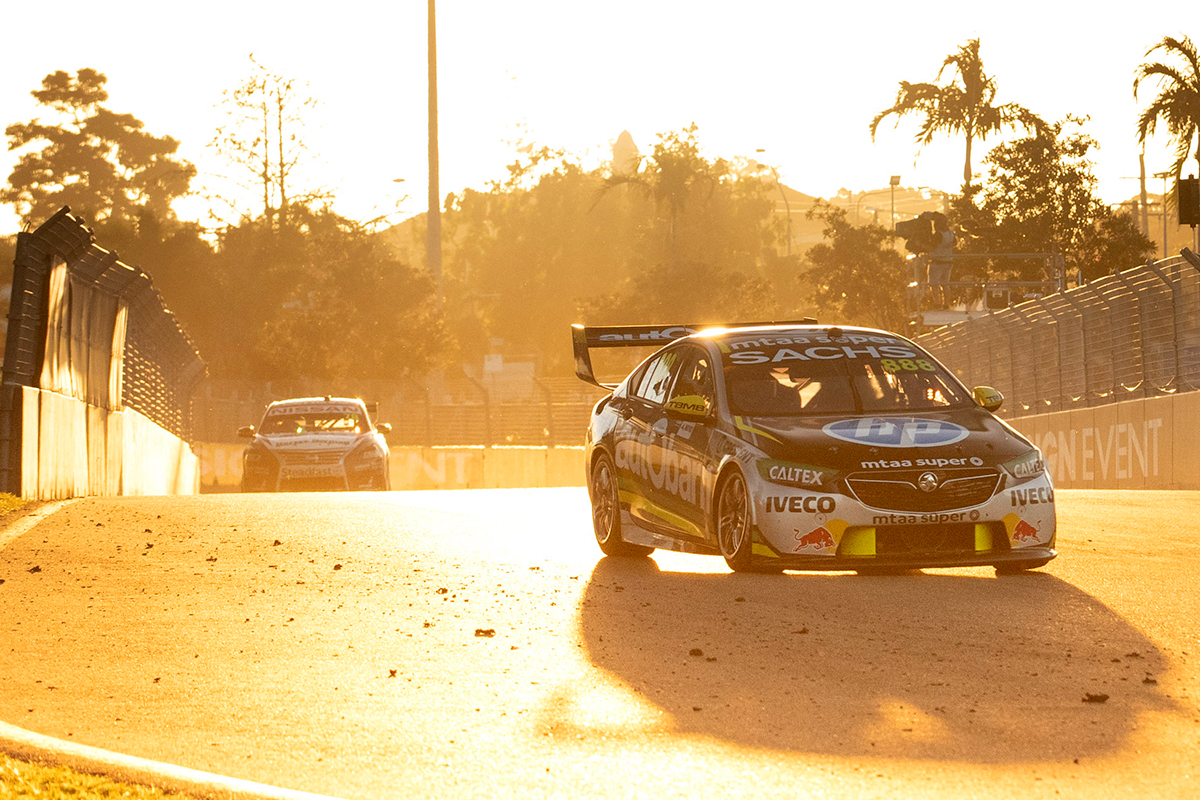 The recent announcement of Lowndes’ full-time retirement at the end of 2018 has triggered widespread speculation on who will fill the seat.

Triple Eight owner Roland Dane has been coy on the matter, stating at Lowndes’ press conference in Townsville that a decision had not been made on whether to even continue with a third car.

Although the opportunity may now exist, Aquilina has stressed that what the team does next is up to Dane and Triple Eight, not Holden.

“In the end, it's going to be up to the team to determine who the best driver is for the job for whatever the team objectives are,” Aquilina said.

“They've got to find the right driver for the job, so we'll leave it at that in terms of Roland and Triple Eight determining where they take that.

“It offers them a tremendous opportunity to explore a whole range of areas.

“At some point I'm sure we'll be brought into it, but they're driving this, and good on them,” he added.

“They'll work out what's best to suit what their team objectives are. We're one of many sponsors.” 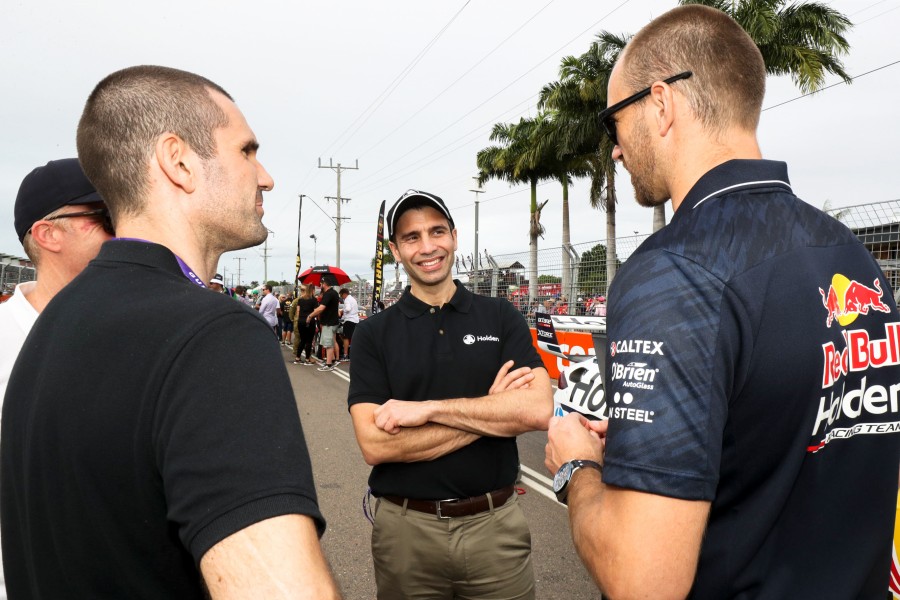 Aquilina, centre, on the grid in Townsville

When asked in Townsville about Holden’s stated desire to have a female presence in the team, Dane spoke of his plan to increase the number of females throughout the squad.

The comments have fuelled suggestions Triple Eight could field its third car with an all-female crew in 2019.

“We’ve had ambitions for quite a few years to increase the number of people working on the team, to have an internal aim of 30 percent (females), and we’re working towards that,” said Dane.

“What the make-up of that is in the future remains to be seen, but certainly at the moment we’re concentrating our efforts on giving Craig the best possible end to his full-time career.”

Triple Eight is in the second year of a three-year deal with Holden, having taken over the Holden Racing Team backing and title in 2017.

The deal included Triple Eight developing the ZB Commodore, which debuted this year, and a V6 turbo engine, which was to run as a wildcard this season, before being shelved.

Aquilina says he’s pleased with the relationship with the team, which has been the Supercars benchmark for the last decade, but adds it’s too early to discuss an extension of the deal.

“It's all positive discussion at this stage, but it's too early for that. I'm only a few days in the role, so we've got a lot to work out,” he said.

“But we’re enjoying our current relationship and we believe we can do more with them in the context of the existing relationship. It's quite positive.

“The opportunities are fantastic with the other partners on board with that team. I look forward to exploring that more.”