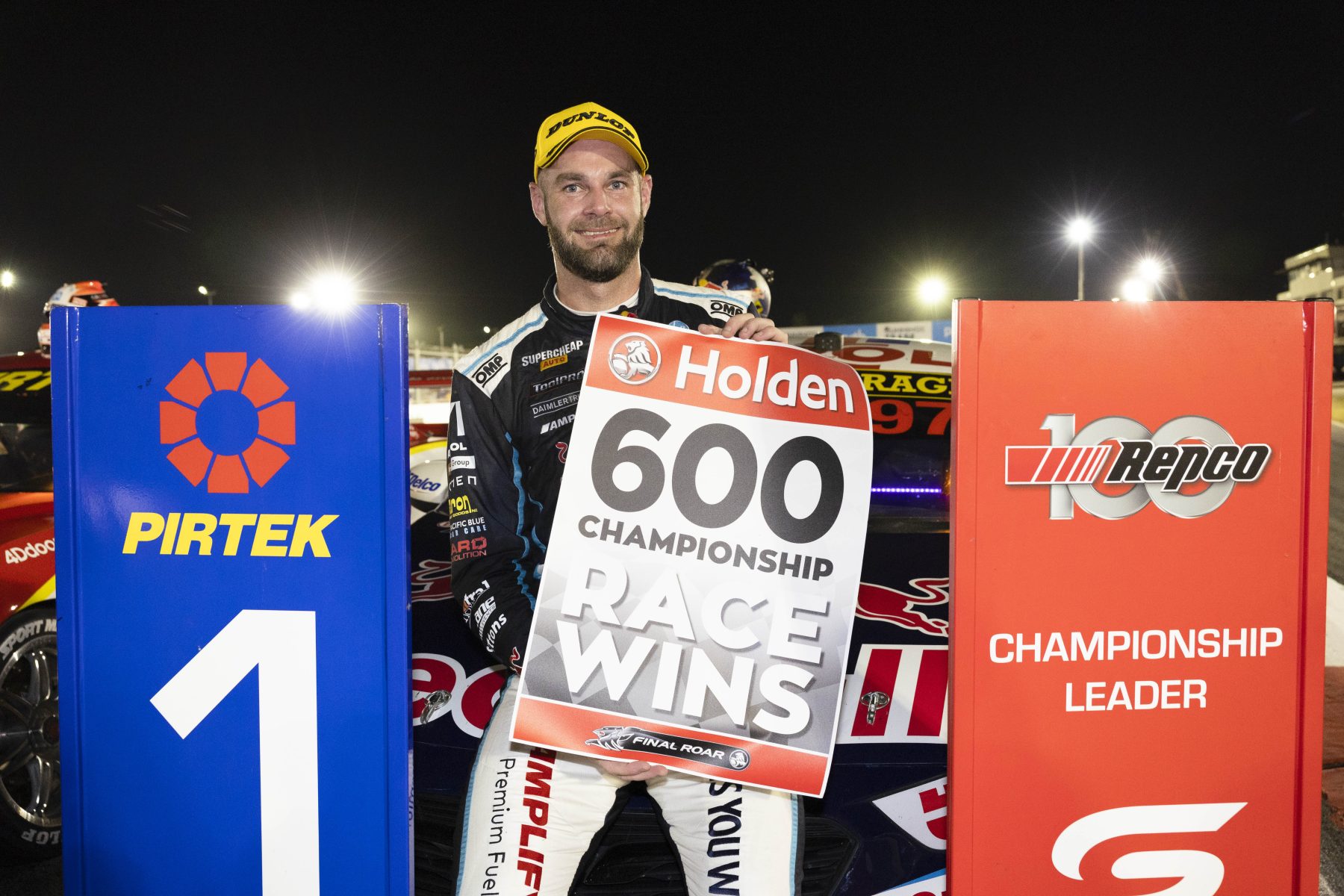 Holden is eyeing a major Supercars trophy in its final season, and it could clinch it in Ford’s backyard.

Commodores have won 15 of the 20 races held so far in the 2022 Repco Supercars Championship.

The trophy is awarded to the marque that claims the most race wins throughout the season.

The manufacturers’ title has been awarded since 1999, with Holden winning 15 times and Ford eight.

With 14 races remaining, three more Commodore wins will give Holden an unassailable tally.

However, Commodore drivers will face an uphill battle to seal the crown this weekend at the Mustang’s best circuit.

Winning the 2022 Champion Manufacturer award would be an emotional send-off for Holden.

This season is the last for Holden in Supercars, with the Chevrolet Camaro becoming General Motors’ weapon of choice for Gen3.

Ford has its own mission to chase at The Bend; the Mustang needs three more wins to match Ford’s most successful Supercar model.

Shane van Gisbergen has done the lion’s share of the winning with 11 victories this season.

Cam Waters (three), Will Davison and Anton De Pasquale (one each) combine for Ford’s five.

This season is the last for Holden in Supercars, with the Chevrolet Camaro becoming General Motors’ weapon of choice for Gen3.

It’s still all to play for for the ARMOR ALL Pole Champion award.

Davison leads the way with six poles, with Waters (five) and van Gisbergen (four) just behind.

De Pasquale (three), David Reynolds and Brodie Kostecki (one each) have also claimed poles this season.

Van Gisbergen's next mission is to close out the 2022 drivers’ championship, having opened up a 274-point lead over De Pasquale in Townsville.

Red Bull Ampol Racing and Shell V-Power Racing Team are locked in combat for the teams’ title, the former leading by just 10 points.