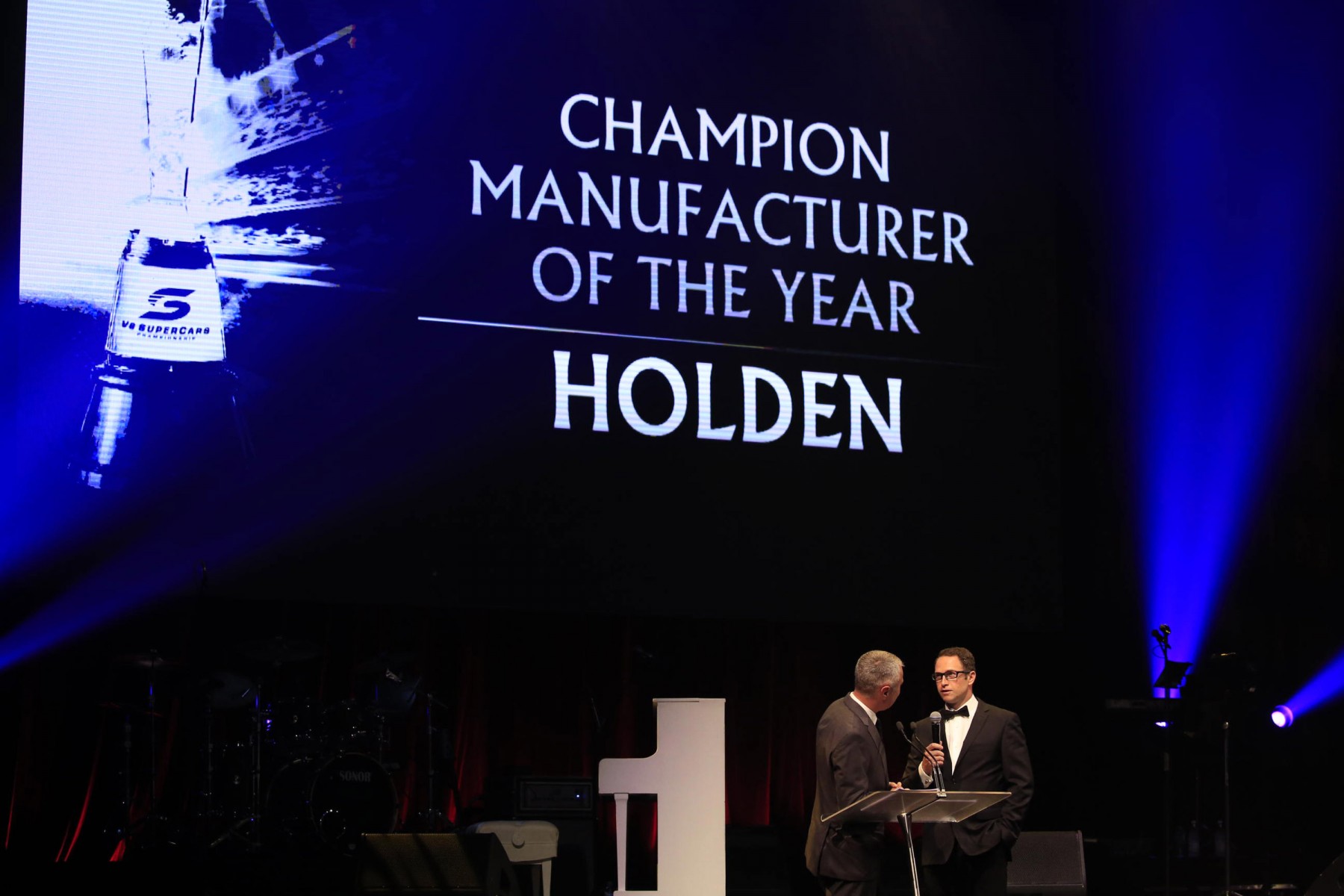 Holden has claimed the 2015 V8 Supercars Manufacturers Championship, capping off another record-breaking season on track.

It is Holden’s 11th manufacturers title and sixth straight crown – both series records – the past three coming in the ‘open’ manufacturer era.

“2015 was a roller coaster year but our ability to bounce back ensured Holden won an unprecedented sixth straight, and 11th overall manufacturers title,” McNamara said.

“Holden is thankful for the contribution of all its teams and drivers, and proud that Commodore remains the most winning car in Australian motor racing history.”

Holden’s success carried into other award categories, with Red Bull Racing Australia accepting the team’s championship, and the Holden Racing Team voted the Best Presented Team for its array of liveries during its 25th anniversary season.

Holden hero Craig Lowndes won his fifth Barry Sheene Medal for being V8 Supercars’ best and fairest, with Lowndes also voted the Most Popular Driver in the Fans’ Choice Awards.