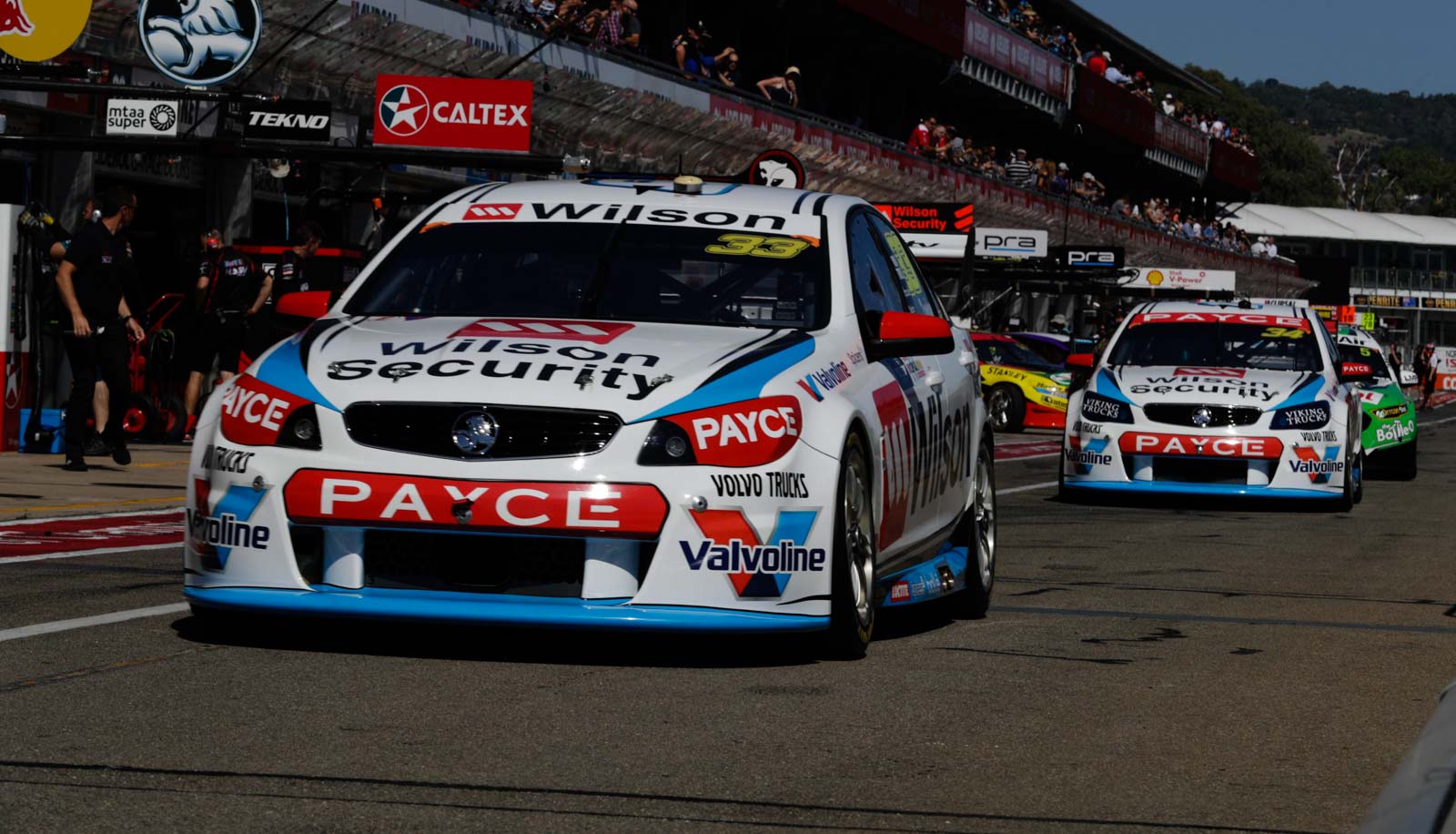 After building a fleet of new cars in a busy off-season, Garry Rogers Motorsport’s transition from Volvo to Holden is far from complete.

The Wilson Security Commodores performed reliably at the Clipsal 500 in a weekend highlighted by team returnee Garth Tander’s appearance in Sunday’s Top 10 Shootout.

Although full of praise for the team’s work ahead of Adelaide, Tander says the process of developing the cars is only just beginning.

“The boys put an immense amount of work in during the lead-up to Adelaide, but we’re certainly not sitting back and saying ‘righto, job done’,” Tander told Supercars.com.

“We haven’t had a lot of time to be focussing on speed, so coming out of Adelaide with two straight cars we’ve got a bit of time to get our house in order.

“For me there’s a lot in how to drive the car. That’ll take time but I felt more comfortable in the car on Sunday than I did in the first race.

“Krusty (engineer Richard Hollway) and I will evolve as a working partnership and as we evolve the car around the aero package we’ll find more speed.

“These guys have developed a package around the Volvo aero that was very successful, but we’re finding that doesn’t work with the Holden aero package.

“We’ve got work to do on that and we’re not shying away from it.

“We’re not doing cartwheels after Adelaide, but we’re reasonably content with where we are.”

While former Walkinshaw stalwart Tander never drove the Volvo, the team reported that its cars are less consistent following the switch to Holden.

Traits of entry instability and mid-corner understeer in Adelaide couldn’t be fixed without a considerable trade-off, hampering progress.

Tander was also adjusting to GRM’s brake package, which provides a different feel to what he developed at Walkinshaw.

“What’s under the skin of this car is very, very different to the Walkinshaw package, especially the brakes, so there’s a lot for me to get my head around,” he said.

“The good thing about Albert Park is that it’s a heavy braking circuit where you generate quite a bit of temperature. It’s a good place to go brake testing.”

After a challenging season adapting to the Volvo last year, Moffat left Adelaide encouraged that the team has a solid base to build from.

“We couldn’t progress the car across the weekend how we would have liked, but the objective to get two solid finishes was achieved,” Moffat told Supercars.com.

“We’ll go on to the grand prix and now have a bit of time to think about things and focus on getting speed out of them rather than just turning up to an event.

“The good thing from my perspective is that it appears Garth and I comment the same on the car.

“That might give us the opportunity at the grand prix to try some things a bit different on the car and correlate the data at the end of each day.

“We’ll keep working together. I feel we can only get better and that’s got to be a positive.”