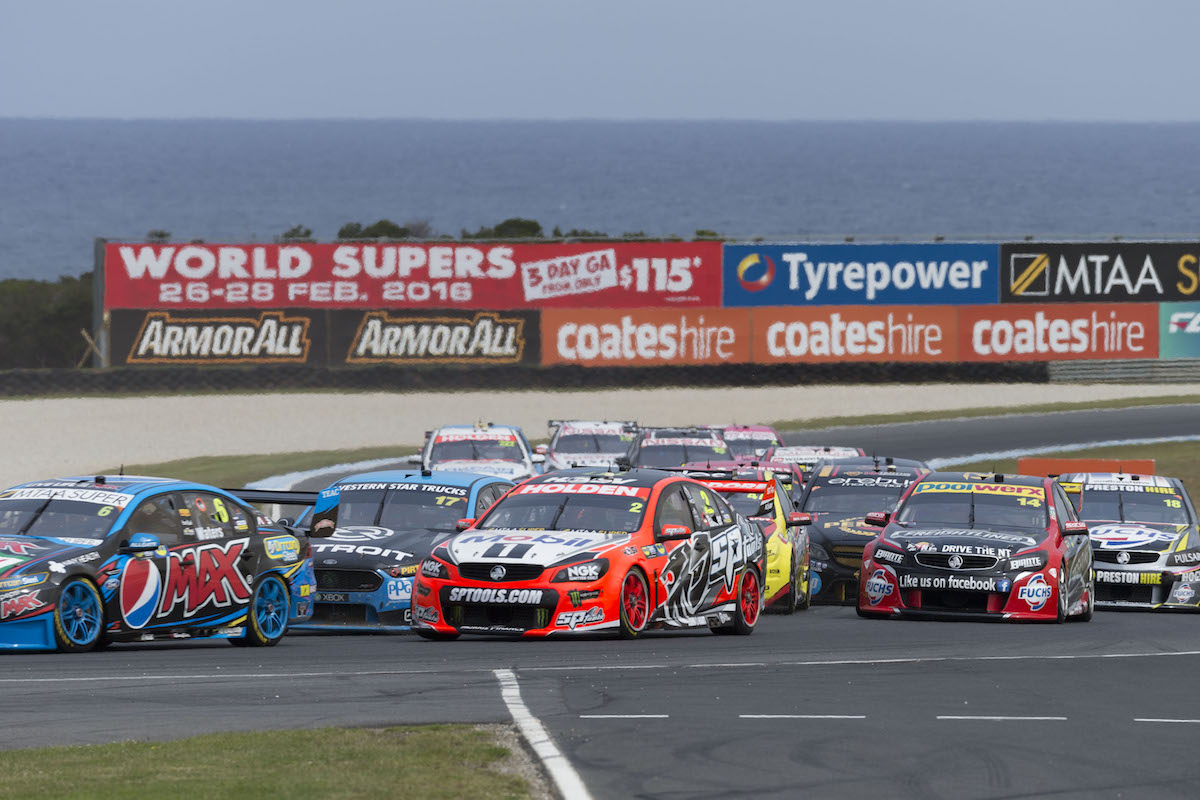 History will be made at Phillip Island this weekend with the 500th round of Australian Touring Car-V8 Supercars Championship.

The WD-40 Phillip Island SuperSprint from April 15-17 will be the first Championship event in Victoria for 2016.

And more history could be made with six time champion Jamie Whincup aiming to bring up 100 Championship race wins. He is currently on 98 wins and needs to win both races this weekend to become the second driver behind Craig Lowndes to bring up the ton.

The first Championship event was held at Gnoo-Blas near Orange in February 1960.

This weekend's round will be the 27th at Phillip Island since the first round was held there in 1976.

It promises to an exciting weekend of racing after a dramatic start to the season at the Clipsal 500 Adelaide and the Tyrepower Tasmania SuperSprint. Five races this season have so far produced five different winners.

The V8 Supercars Dunlop Series will return to Phillip Island for the first time since 2007, bringing with it a double-dose of V8 action. Also featuring over the weekend will be the Aussie Racing Cars, V8 Utes Series and the CAMS Australian Formula 4 Championship.

Race fans can pitch their tent trackside for a budget-friendly $70 per person for the weekend. The campground is just a short stroll from the track, offers great facilities and breathtaking views of Bass Strait.

Fans who purchase three-day grandstand or camping tickets will have the opportunity to race against Will Davison, Michael Caruso, David Reynolds and Aaren Russell on Saturday evening in the ‘Fans v Driver Go Kart Race’. Click here for all the details.

The very popular Park and View option returns this weekend too, giving fans the chance to park their car trackside just like the old days.

Practice begins at the WD-40 Phillip Island SuperSprint on Friday at 1.55pm local time, with the event broadcast live and ad-free on FOX SPORTS across the weekend. Network Ten and ONE will air highlights on Saturday and Sunday. Check local guides for details.

Tickets for the event are available at www.ticketek.com.au and at the gate. Admission to the event will be free on Friday, with children 12 and under free all weekend with a ticketed adult.