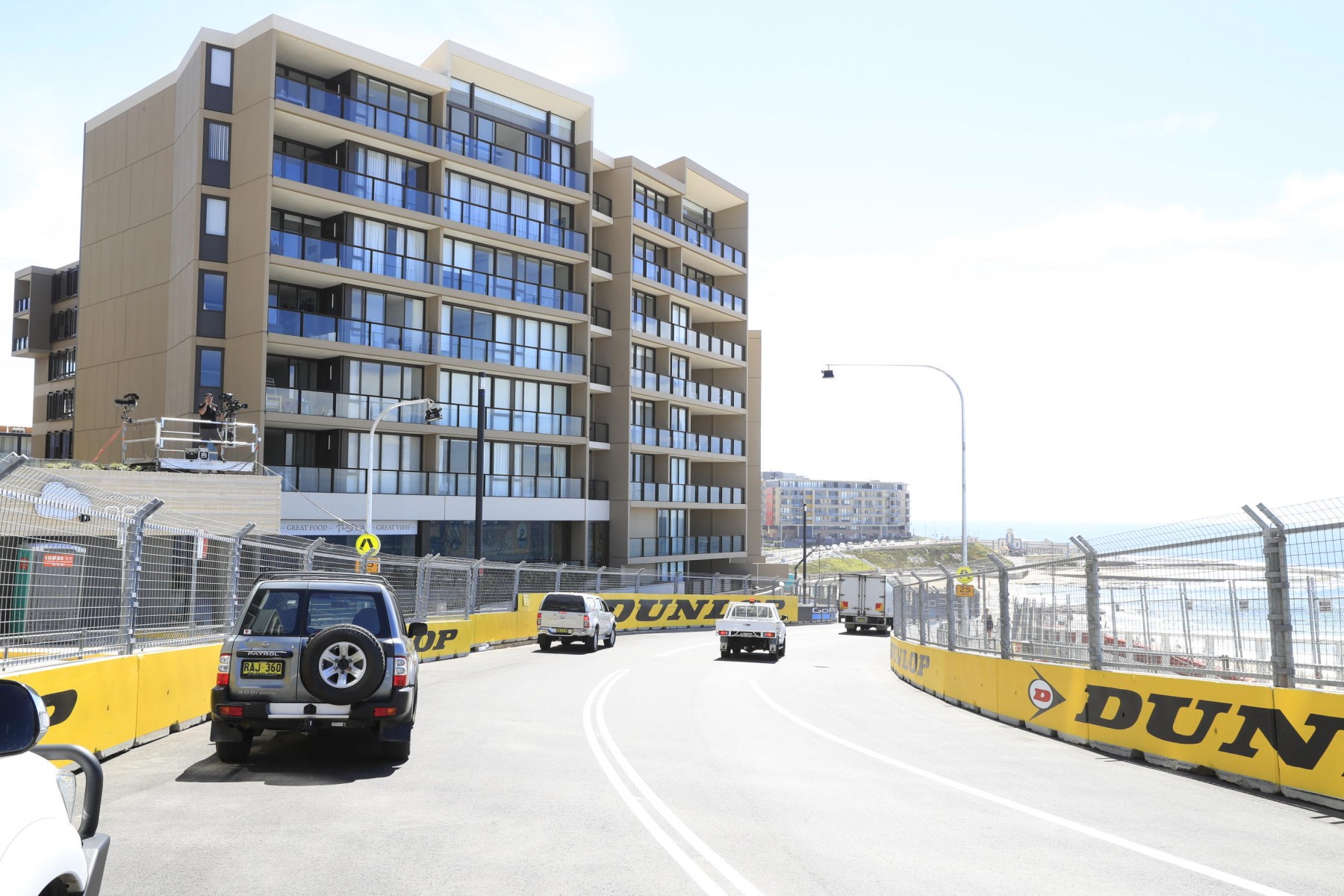 With no previous data to draw on, we’ve recruited Shell V-Power Racing competition director Ludo Lacroix to give us his impressions of the venue.

“It’s a street track. It’s narrow but it’s wide enough to have a good race,” Lacroix told Supercars.com after undertaking a track inspection with his team.

“The kerbs are not as big as Gold Coast, it’s probably close to Adelaide. If you look there’s a staircase (section of 90 degree corners), but there’s not a fast corner like Adelaide.

“There are a couple of long braking corners, especially into Turn 11. There are not a lot of overtaking opportunities, we believe, that’s probably the downside.

“Turn 11 could be one, there’s room there. The challenge there will be finding the right line, without locking the front-end as you steer into the corner and decelerating enough.

“Braking late, as straight as possible, then tipping it in without locking the inside wheel. That’s a challenge because it’s a very long braking [area] and locking up will open the door.” 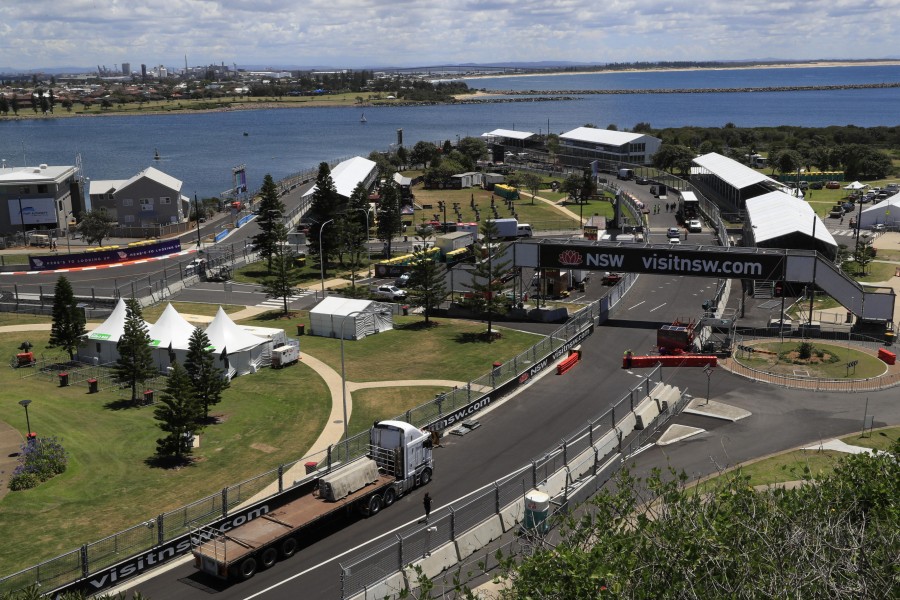 Lacroix says that the layout will require strong braking stability and drive traction but, like all street circuits, the driver is set to be a major part of the equation.

“It’s challenging. There are fast, medium and slow bits, a bit of kerb, a bit of drive, brakes, everything basically. It’s a good layout,” he said.

“You don’t need a steady-state car for long corners, but you definitely need entry stability because there is a fair bit of entry and you need good drive.

“There’s a lot of possible lines, which will be interesting. I’m sure from the start of the weekend to the end of the weekend, the driver will not necessarily be at the same place.

“They will have learned from Race 1 where to put the car. There will be five or six drivers who have the line sorted early and the others will learn from them. That’s what happens.

“Every time you go to a street track the driver becomes more important than the car. The engine is not important at all, that’s one thing you can put on the side.

“Managing tyres, how you keep the grip, and finding the line and having the braveness and preciseness to be 5cm off the wall, that’s what makes the car fast.

“But it’s risk for reward. That’s why it’s a driver track.” 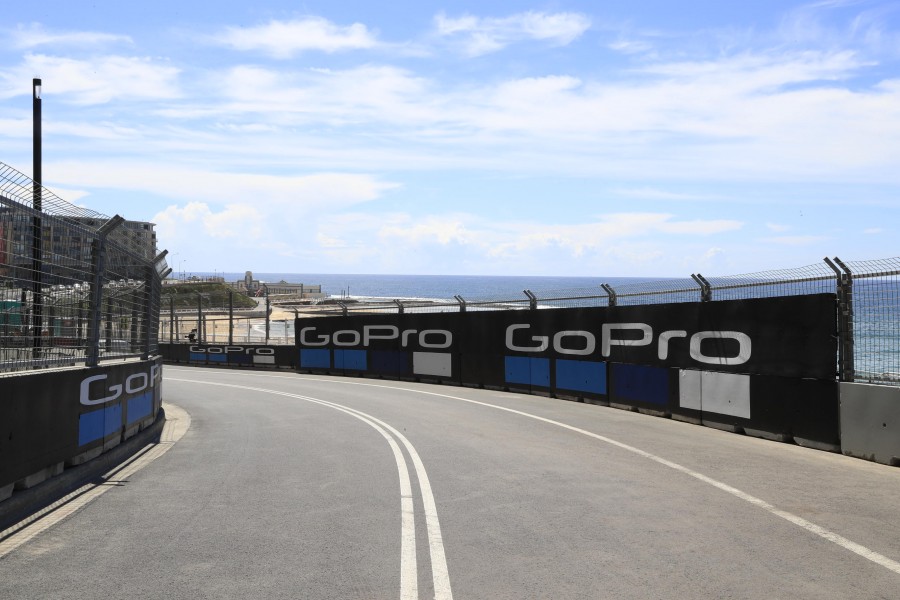 A 140-litre fuel drop is compulsory in each 250km race, meaning at least two stops are required.

Each race is 95 laps, with 41 expected to be possible on a tank of fuel.

As usual with fuel-drop races, strategy options begin with a first stop as early as lap one, and teams will likely try and split strategies between cars to minimise the risk of stacking.

With an expected lap time around 1:12s, those more than 20 seconds behind the leader will also risk going a lap down in their stops.

While the high likelihood of Safety Cars means picking the right strategy will likely require some on-the-fly calls, Lacroix says strategy it couldn’t be simpler.

“Qualify pole,” he says matter-of-factly, before adding: “It’s good to at least be in the top four [on the grid] I think, top four to top six.

“You want to be in the leading group, you don’t want to be buried in any battles in the middle of the pack. 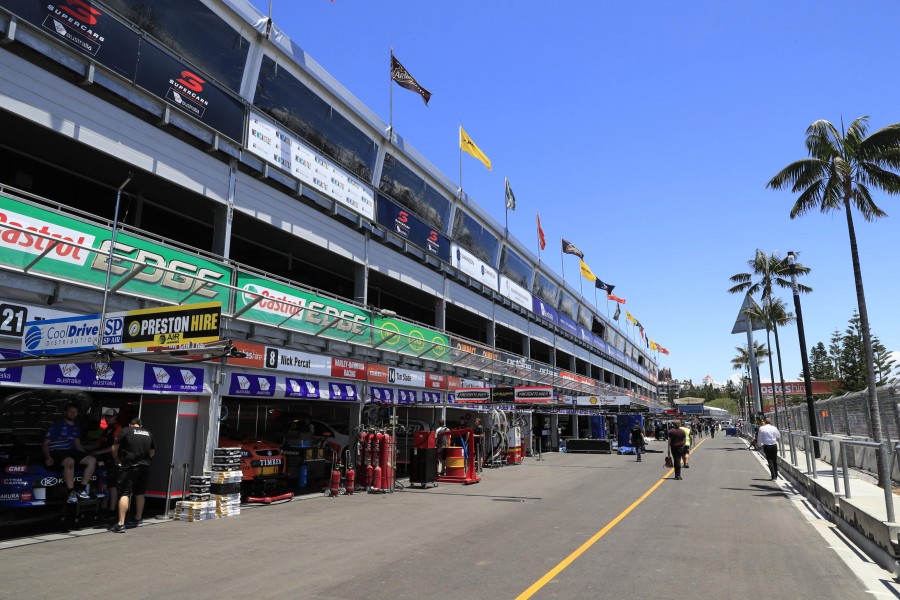 “You’ve got to try to qualify as good and keep some fresh air in the car.

“The challenge is always going to be the same, if there’s a Safety Car you’ve got to put some fuel in, so you may have to go back in the pack if others don’t want to do it.

“It’s a balancing act. Sometimes you can lose two or three seconds a lap to the guy in front, and then he can pit and put the fuel in.

“It’s the same as any street track. The same rules apply there.”

Two 40-minute practice sessions will be held today, with Saturday and Sunday both featuring a 20-minute qualifying and a 250km race.

Sunday’s format also includes a Top 10 Shootout to set the first five rows of the grid for the season finale.