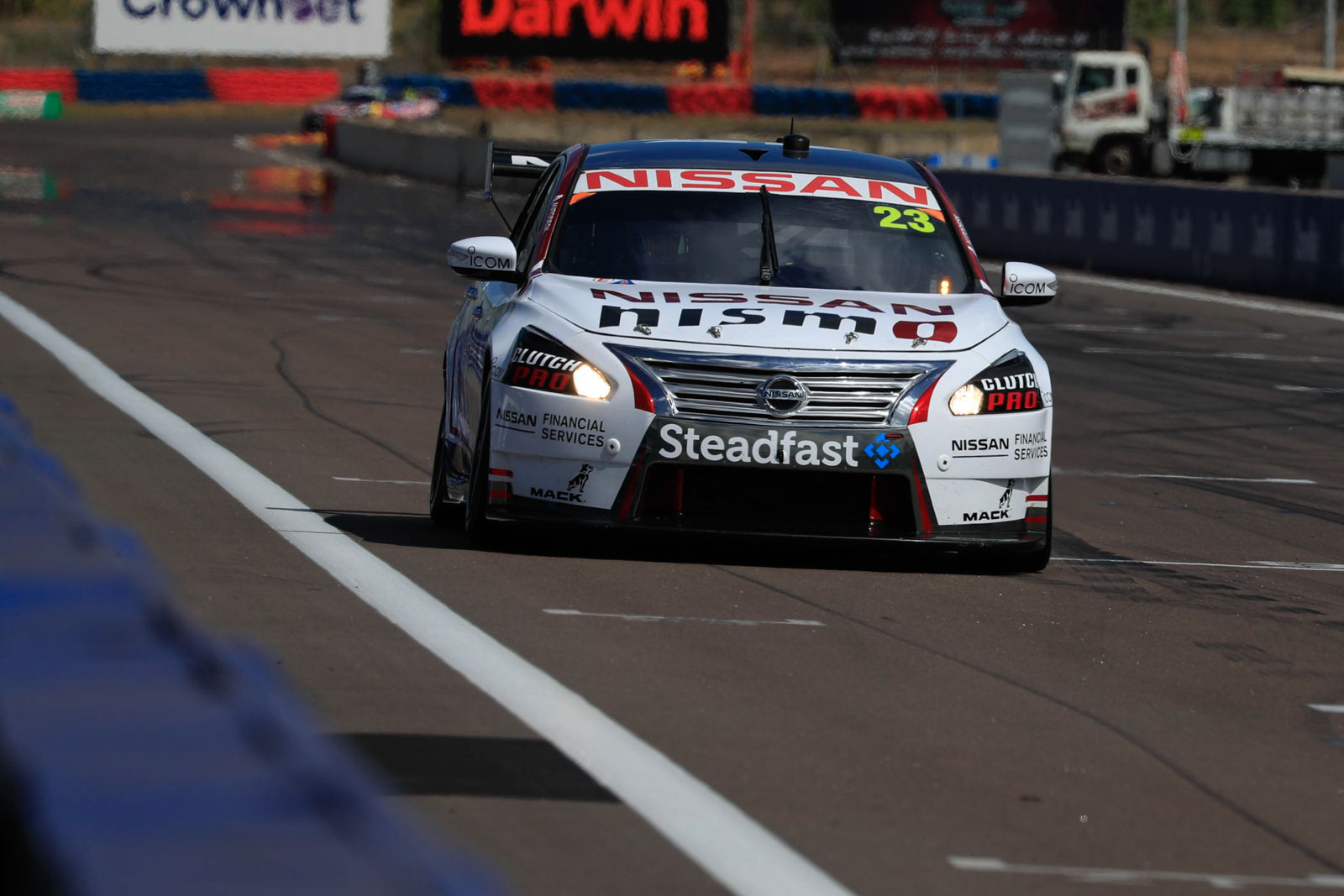 For many in Supercars, the trip to the Northern Territory for the CrownBet Darwin Triple Crown is a welcome reprieve from the cold weather of the southern states.

But for engineers, the Hidden Valley circuit presents a unique series of challenges during race weekends.

With high temperatures, one of the longest main straights in the country, a series of slow speed turns and a relatively new surface, the 2.9 kilometre track is a tough one to master. 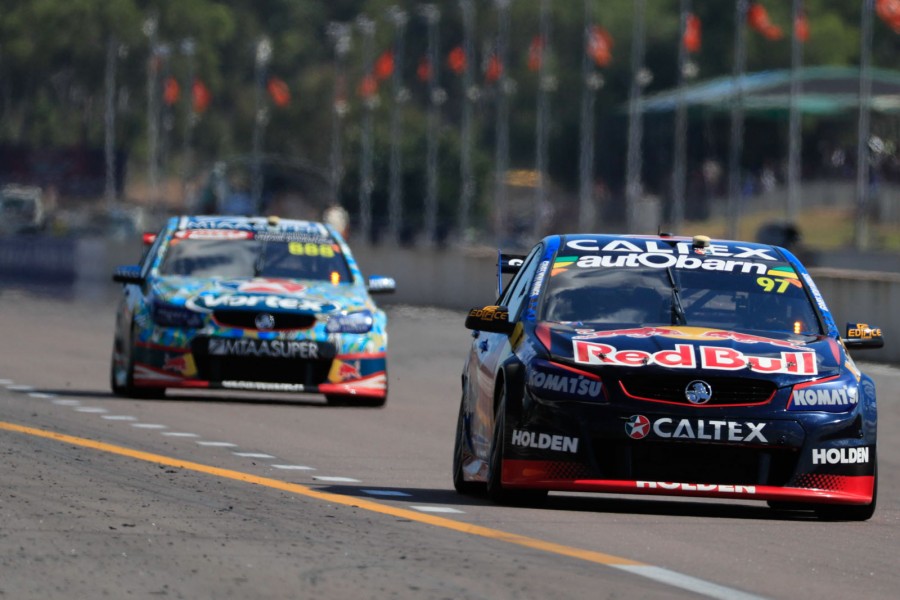 Dunlop’s new 2017 rubber continues to be a talking point throughout the season.

Like similar SuperSprint events, this weekend will feature 24 Super Softs, with four returned after Friday practice.

The recently resurfaced track has eased the previously high tyre wear, but the front right tyre will be under high load throughout the lap, while rear grip is critical for good drive.

Increased track temperatures will also play a high role in maximising speed in qualifying, with teams trying to get the most out of the rubber over a single flyer.

Teams will have a mandatory 120 litre fuel drop during Sunday’s 200 kilometre race, as has been used at previous SuperSprint races.

The long straight will make for thirsty work for the cars and nailing the strategy across the Saturday and Sunday races could help propel cars forward.

Depending on the conditions, drivers can stretch their final stops for fuel to around 26-28 laps. 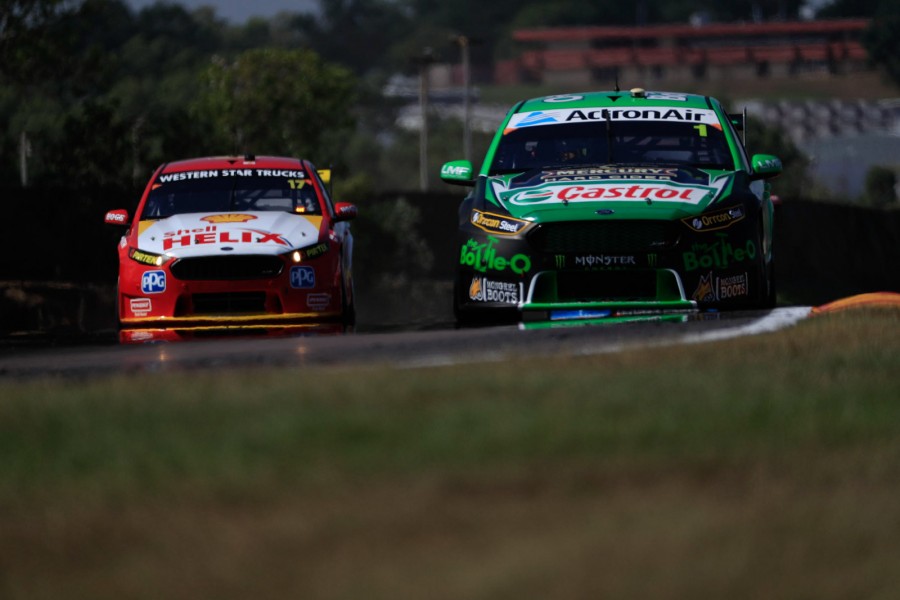 With cars hitting over 270km/h along the main straight, power is crucial at Hidden Valley.

But with turns one, five, six and 14 all low speed ones, good drive is paramount to getting the lap right.

Engine cooling will be another challenge, with the high ambient temperatures and a heavy engine workout often forcing drivers to find clear air to cool the cars.

With one of the heaviest braking zones of the year being turn one, the control brakes receive a fair workout at Darwin.

The big stop leads to the twisty back section of the traction which has a number of high and low speed turns meaning brake balance will be a priority area to work on.

While temperatures are another concern, they do have the opportunity to be cooled along the main straight.

The Hidden Valley circuit is littered with a number of subtle elevation changes throughout the track, making suspension setup a compromise of good drive and handling.

The slow speed section going into turn five and six is one of the biggest changes, while there is a slight hill going into the Turn 11-14 section.

Previously, drivers are known to also take advantage of the kerbing in the slow speed corners to unload the locked rear differential and increase the ability to turn. 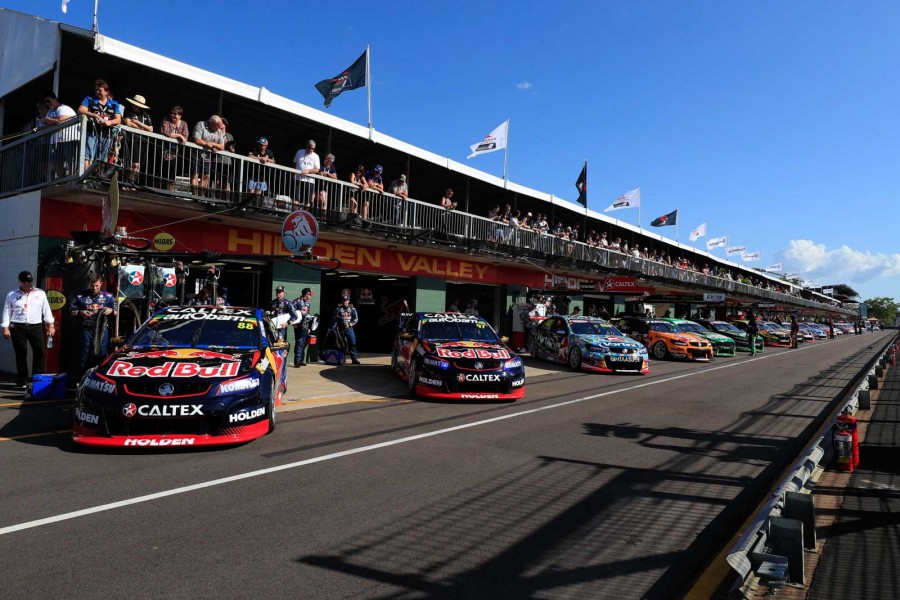 While Saturday’s race will continue with its 15 minute qualifying session, Sunday will mix the format up.

Sunday will have a 20 minute session followed by a Top 10 shootout for pole.

With Turn 1 notorious for first lap incidents, getting a high grid position could save a world of trouble on race day.

The Hidden Valley circuit is renowned for producing lots of on-track action and incidents.

With a number of high-profile crashes over the years, the Safety Car has regularly featured at the track.

Despite long run-off sections, the interruptions could make or break the race and will have a significant impact on strategy.

Story: We've exceeded all our expectations

13/06/2017
Stay In The Know
Sign up to the Repco Supercars Championship Newsletter
We use cookies to ensure that we give you the best experience on our website. If you continue to use this site we will assume that you are happy with it.Ok