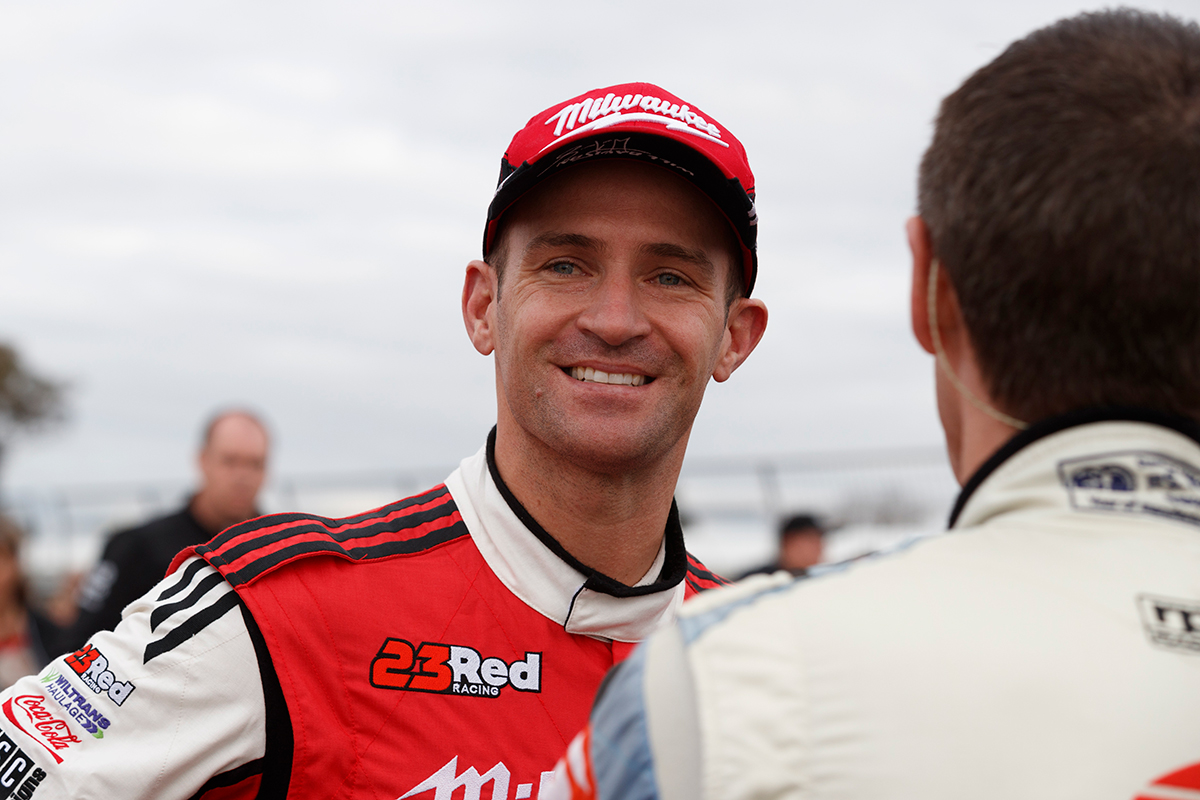 The Virgin Australia Supercars Championship has headed north again this weekend for the Watpac Townsville 400.

Reid Park’s hybrid street circuit is hosting its 10th Supercars event, having quickly become a favourite on the calendar.

Milwaukee Racing driver Will Davison is your guide to the 2.86km layout.

It’s got a combination of everything. Even in car set-up, it’s always a bit of a compromise, from the middle sector to the first and the last sector.

The chicanes in the middle sector are critical. If your car’s working well, you really enjoy it when you come up over the crest into Turn 5. 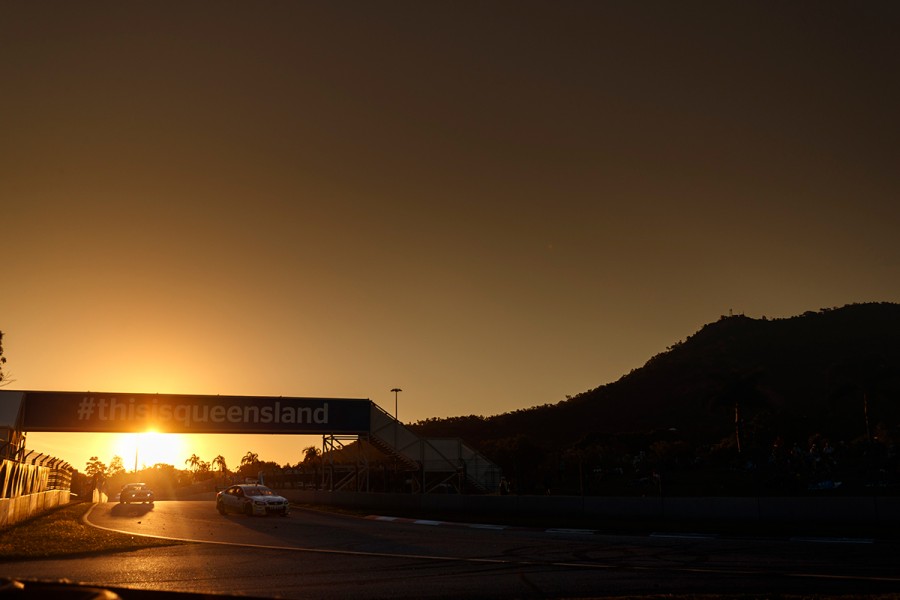 When you’ve got the ability to fire it into 5 with good confidence in the rear of the car, you can hit the kerb accurately, lap after lap and the car soaks it up well.

On the change of direction into 6, you can use all of that kerb and when the car’s balanced, you feel the kerb and you can feel the corner speed and the amount of throttle you’re able to apply at the apex without the car really moving.

When it’s working well inside the car, it’s a really nice feeling. And then that’s the same into Turn 7.

When you can carry that speed across the kerb and it’s right up on two wheels, it’s a really nice feeling; you’ve got good grip in the car and really good ability to hit those kerbs with good speed and have good change of direction.

Then you’re back on the throttle out of Turn 8. You can get on full throttle quite early, put the power down and then go flat through to Turn 11, you just skim the inside wall, there’s a bit of a jutted edge.

You’re pulling fifth gear just before the apex, over the bumps, which obviously makes the car quite lively on the gearshift.

It’s pretty wild in the car; when it’s all working, it’s a really nice feeling but it’s a handful when your car’s not quite underneath you.

Braking’s certainly important, too, with the big stops at Turn 2 and 11.

For one lap in particular you need a car that brakes in a straight line very well, with a nice balance front-to-rear because that in turn dictates how you can attack and trailbrake into the corner.

When your car’s braking nicely, it means you can really control the balance into the corner and generate your front grip and really help the way you hit the kerb.

If your car’s locking rear brakes and is a bit out of shape, you’re catching the car into the apex, which therefore controls the way you come off the brake pedal. Then you can all of a sudden hit the kerb not as nicely, and it can all spiral from there.

You want a nice, flowing car, one you can be accurate with, over the kerbs as well.

It’s very easy to bend something in the car early in the race if you hit a kerb on not the best angle, it can be very hard on the car.

It’s about picking your moment, when to attack those kerbs and when to try to look after the car as well. 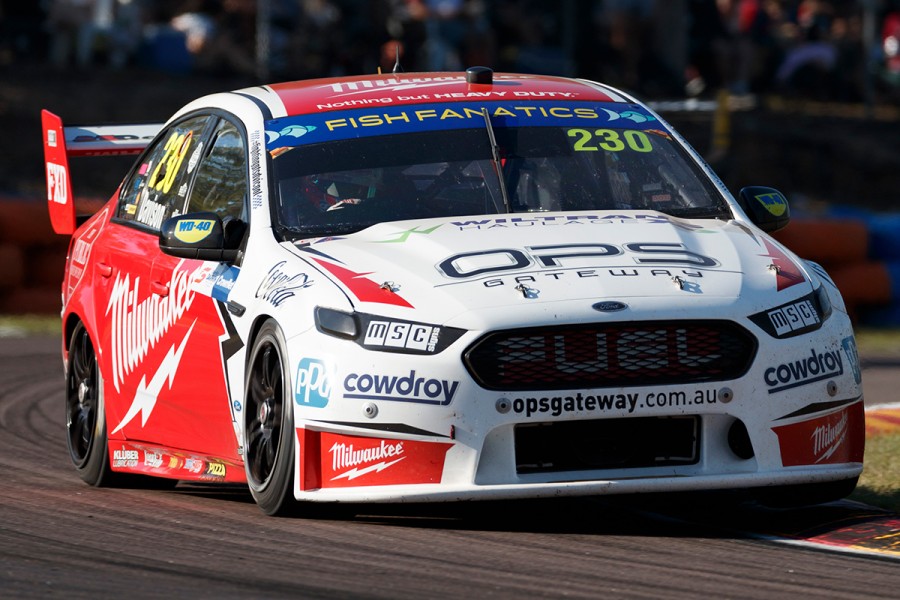 You’re never going to be quickest in all three sectors, but you want something that’s pretty good across the whole lap.

The first sector’s obviously roads that are used all year, there’s quite a bit of crowning in the road, the walls are quite close and it’s quite low-grip in that Turn 2.

At Turn 2, you really require a car that brakes well, trailbrakes without locking the inside-front. You can get a lot of time in the braking there.

You’re looking for traction on the bumps out of there, which then goes into the middle sector that’s a more permanent sort of style circuit.

The chicanes require quite a different set-up, they’re quite big kerbs.

You want the car to sit up on the kerbs quite nicely, be able to jump the kerbs, have quite good change of direction and still brake well.

You need that lateral braking into those chicanes, good stability and the ability to really attack those kerbs without it upsetting the car.

It’s always hard to get that balance between what you want in the first sector and what you need in those chicanes.

You’re also looking for a lot of lateral drive out of Turn 8, which is very bumpy.

But then you really need a car that turns well in that last sector as well, those two very slow corners require a lot of low-speed turn. 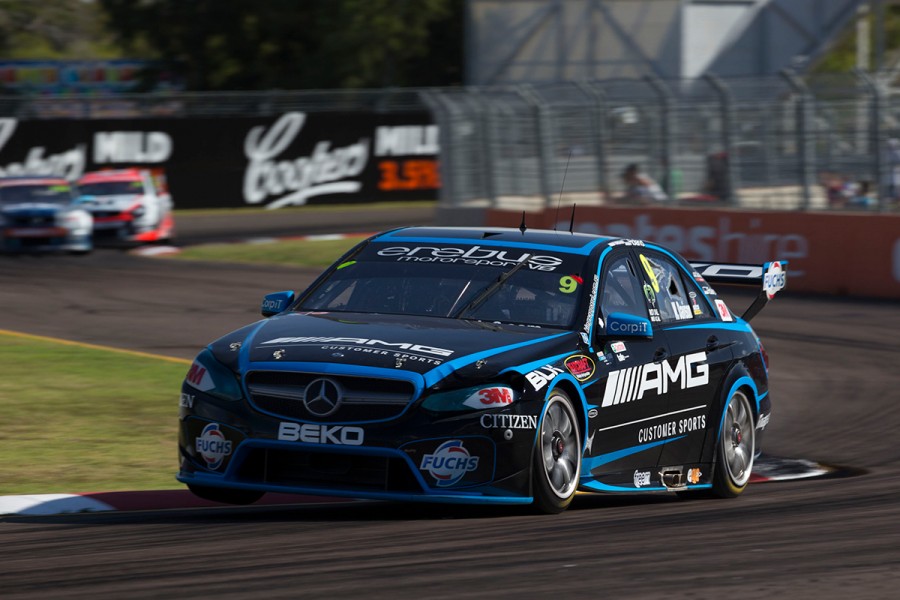 Davison has five Townsville podiums to his name, third on the Saturday in 2014 in an Erebus Mercedes the most recent

It’s always a compromise, trying to get a car that’s got really good traction, is really good on the kerbs and is then quite sharp and has a good change of direction and rotation in the last sector.

The track surface has degraded quite a bit over the years, so it’s actually quite high on tyre wear and it can really punish the tyres if your balance is a little bit off. Then you’re in a fair bit of trouble in the races.

That left-rear cops it pretty hard, especially coming out of Turn 8.

It’s three corners really in one and then it’s braking heavily down into Turn 11, where it’s very easy to get rear locking on the way in, which overheats the tyre more.

You’re trying to balance the car in the braking there to try to have a car that brakes well, but then obviously out of Turn 11 and through Turn 12, you’re just nailing that left-rear tyre again.

If you can keep that tyre nice, it really opens you up to good passing opportunities, because Turn 11 and the final corner are both good passing spots if you’re quick around those long, loaded right-hand corners.

You want to be quick there, but you need to be quick in the chicanes as well. There’s certainly a lot of lap time into Turn 7 and 8 in particular in really nailing that in qualifying.

When you can brake hard and with confidence and really carry big speed across 7 and have a really stable car, it’s a really nice feeling.

You know when you’ve got it right, you know in the car when it’s handling that piece of track very well and when it’s a bit of a handful. 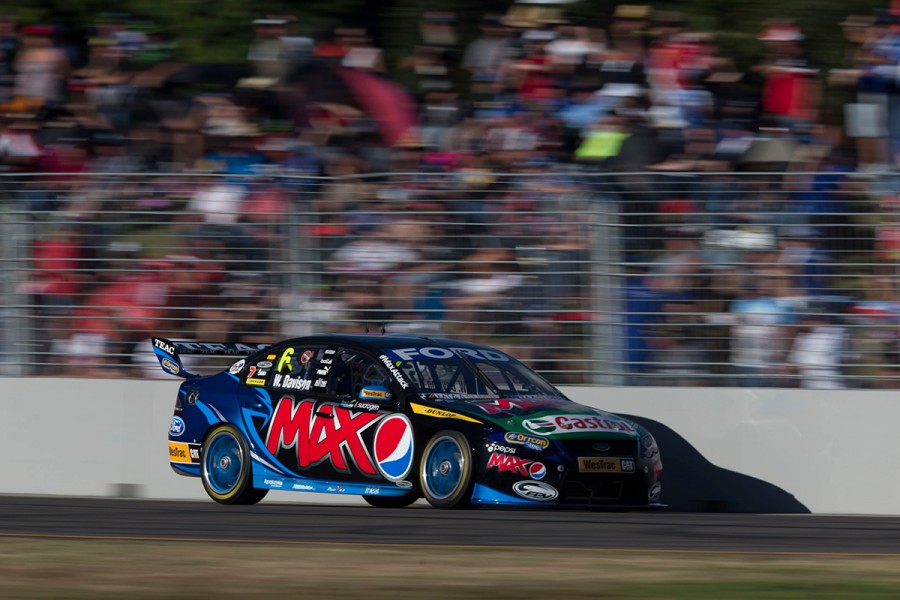 Obviously the win with FPR in 2013 (above) was spectacular. It was a one-two for the team that day, so that’s the obvious choice from some great memories.

We were just super-quick, particularly on the hard tyre. I remember in the opening stint, driving away from the field thinking ‘what’s everyone doing?’

It was an amazing feeling. I was privileged to be in the car that day, it didn’t feel like we were doing much special but we drove away from the rest of the field.

Besides that, I had a pretty crazy last-lap battle with Craig Lowndes in 2011 for the podium, I held him off and that was a really cool finish.

And the inaugural race, finishing second to Jamie Whincup. I still reckon he should’ve got a drive-through because he spun Jack Perkins around and got away with it!

I saw that the other day and I was like ‘ah, I should’ve won that race’! Not that you want to win them that way anyway, but it’s been good to me.