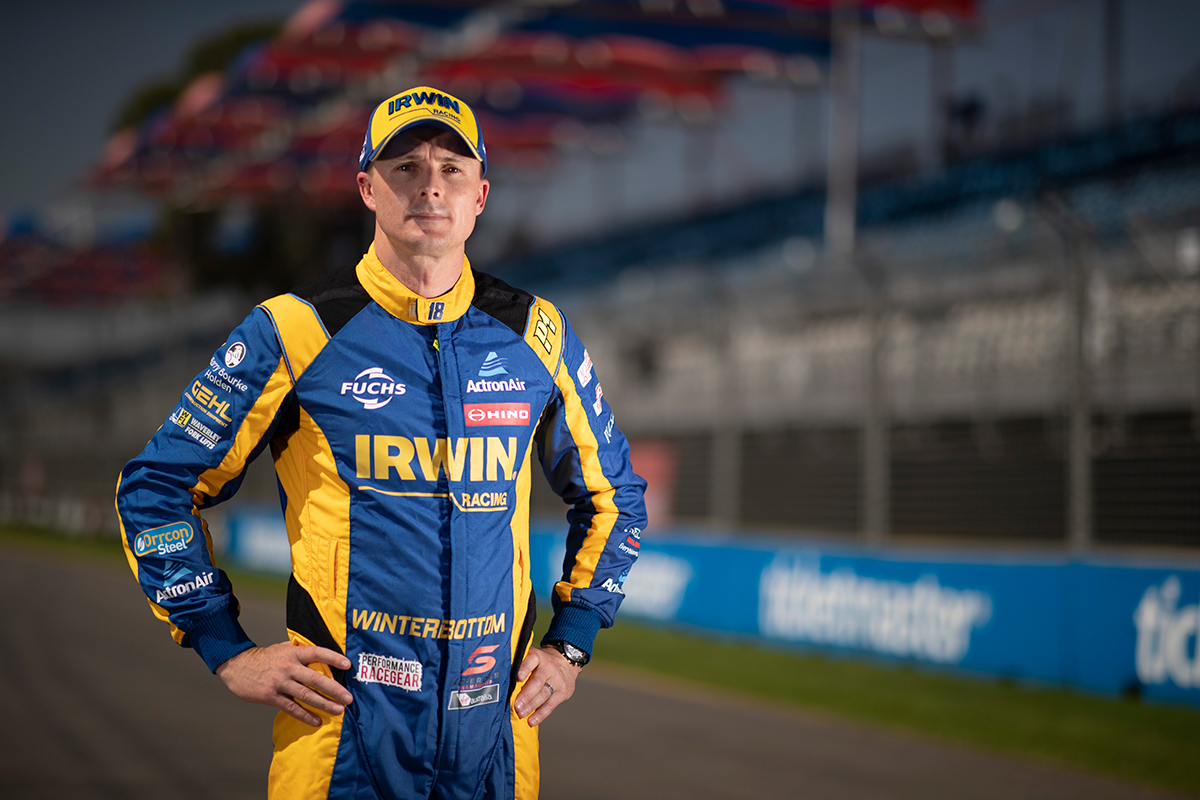 The new Virgin Australia Supercars Championship kicks off this weekend with the Superloop Adelaide 500.

This year's running marks the 20th anniversary of Supercars' debut on the famed street circuit, back in 1999.

And just to add to the challenge, gruelling weather is forecast for the event.

It's a tough track, probably one of the toughest on the calendar, and it's sort of split in two halves in terms of the driving challenge.

The kerbs, the braking, the tight corners, the concrete walls all make the track really tough.

Getting each sector right is really difficult and that's just for one lap.

In the race, to repeat it lap after lap, we're going to see 40-plus degree days this week. Repetition becomes really difficult.

It's one of the most-challenging tracks and as the first of the year, you often have new teams, new personnel, sometimes new competitors, there's the unknown in Adelaide, let alone how hard the track is, and the heat adds to that.

I can tell you, going to the gym or going for a run or riding your bike, it's good for you, but when you get to lap 40 and it's 70-plus degrees in the cabin and you're burning up, there's fitness and there's mental toughness that comes into it.

We all say 'we're fit', but there's some who will cope better than others.

It's one of those races that brutally, Sunday night – especially this year – you're going to feel it. It's a bit of a test of the toughest, it's a physical race. 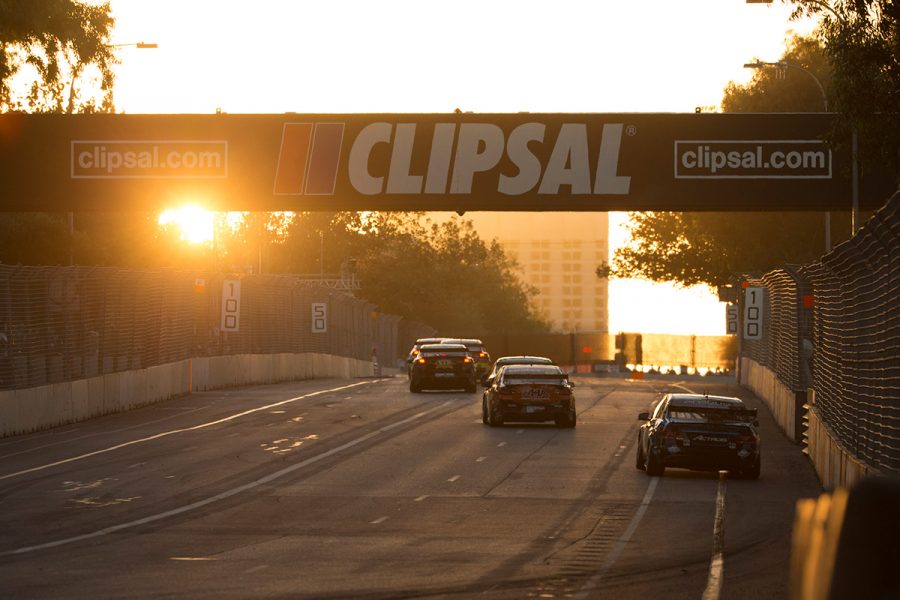 People think that with Saturday's race in the twilight, it's going to cool down. But the way the weather is, it doesn't cool down until 10 at night.

You're not going to see a big climate shift, I don't think. The spectacle of racing into the night is a really cool concept, though, we love it.

The sun does start to come down, you get a little bit of visibility dramas up into Turn 4 and through the staircase.

The sun sets up into the Turn 4 braking zone so you do see that, but you don't get a relief from the heat. It still stays hot regardless.

You go up in sixth gear, have a slight dab on the brake, with blind exit, you've got to just scrape the mirror on the exit to have the perfect lap but we've seen scraping go to the next level where the car folds in half.

There's a limit to how far you can push through there and if you can do that lap after lap to perfection, you know you've done a good job.

But when you get it wrong, it hurts. It's high-risk, high-reward and that's why we love it. 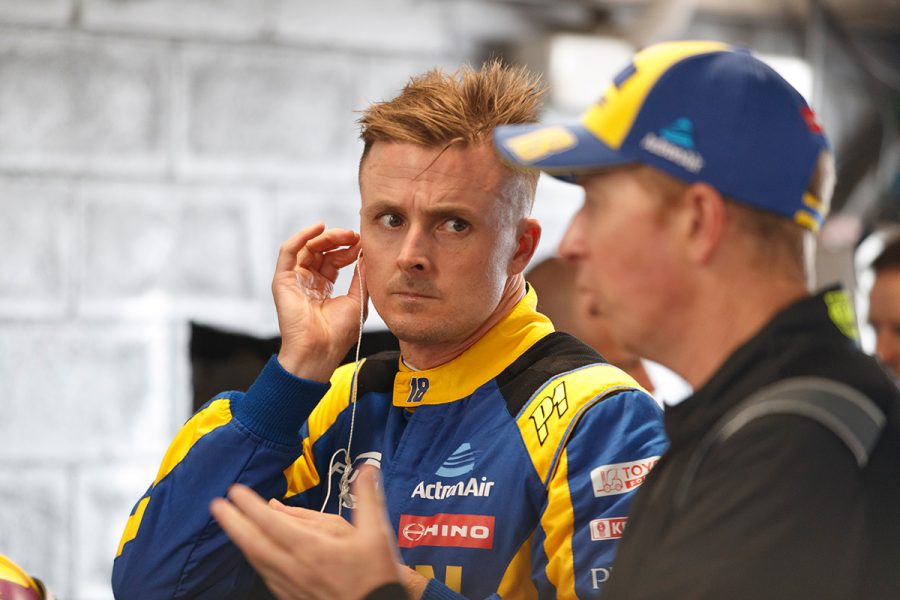 You need the car to do everything well in Adelaide, that's the big thing rather than chasing any specific trait.

That's why there's often a big gap between cars; a good car around there and a bad car can be massively different.

You need everything, but we don't get that in Supercars.

You can't have a car that does everything so you've got to pick your strengths and weaknesses and what's doable and what's not.

You set those goals on the fly as well. You see what you roll out with and we get three, 30-minute sessions effectively before qualifying and then you realise where you are.

It all happens pretty quick. You pick what you can but you have to settle at some stage for what's achievable and what's not.

We have a practice session on the Thursday evening for the first time, but I don't know how that's going to work out. 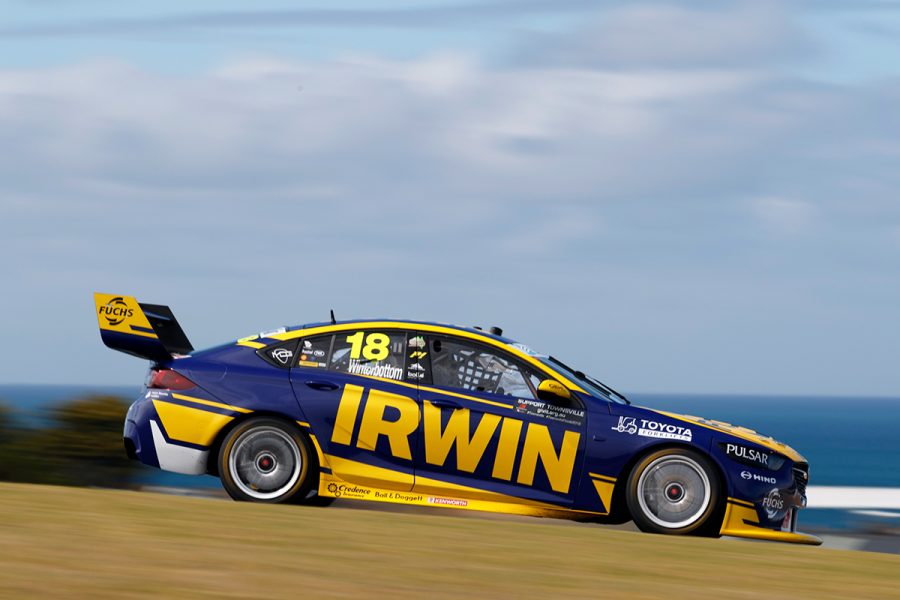 Normally we don't hit the track on the Thursday, we just watch. This year the sessions are slightly shorter but we've got more of them.

Every session you go out, as a driver, you want to be competitive and it's a reference to where you are when you look at your competitors.

Definitely we'll use Thursday night to see where you are, but if it helps you or not, it depends how you roll out.

You'll see what you've got and if it's really strong you're in a good mindset.

If it's really weak, you've got an extra day to work on it, effectively. You see on the fly where you're at.