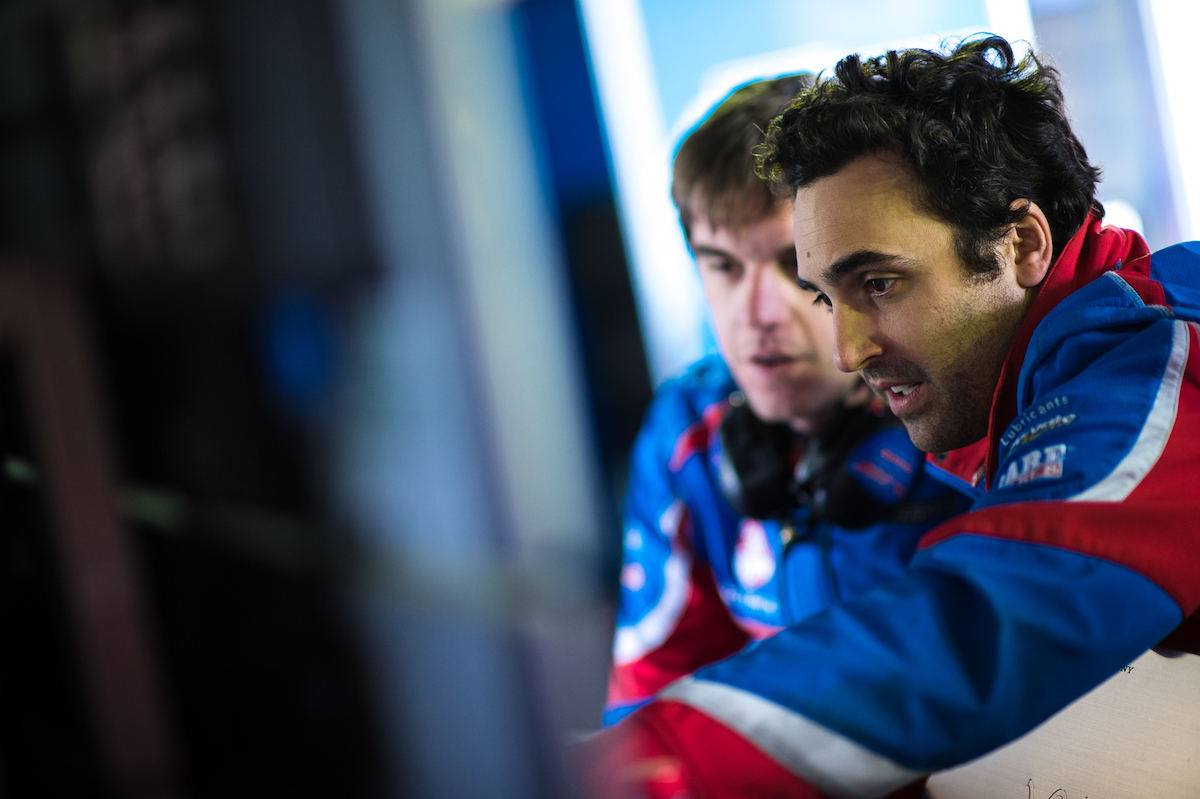 Jason Bright’s Sydney Motorsport Park podium didn’t come as a surprise to Brad Jones Racing last year, and after a positive test day in the lead-in to the event this time, they are hoping for more of the same.

If they can qualify well, engineer Paul Scalzo is confident the Team BOC #8 Commodore can earn a good result this weekend.

“So far this year our strength has been our racing – in most races we’ve been able to make positions and move forward,” Scalzo told supercars.com.

“The times we’ve qualified towards the front of the field we’ve been able to hold our position and finish well.

“I think the key is unlocking a little more qualifying speed from our car. With the field as close as it’s ever been, qualifying has become equally important. As a car crew we are working hard on it and looking forward to making some progress as we head into the endurance season.”

He’s confident the team has made a step forward – and can come good at the right time of the year. While the BJR cars often have pace at the enduros, the runs aren’t on the board at the big three quite yet.

“As a team, I’m hoping for some good results at SMSP,” Scalzo said.

"We feel we’ve started to unlock some pace across both high grip and low grip circuits, so hopefully this will carry into Sandown and Bathurst.”

He explained the ins and outs for the year’s last SuperSprint event before the enduros. 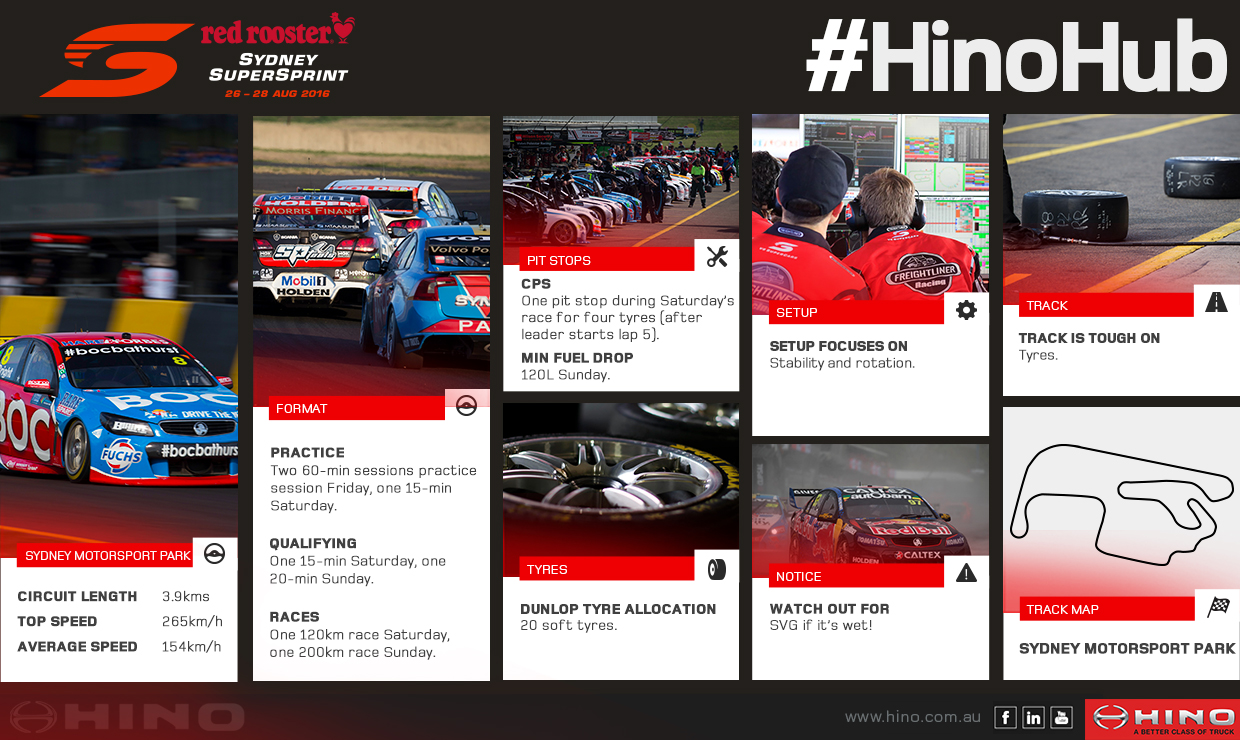 “SMSP is mix of both long fast corners, slow tight corners, some change of direction and a long straight,” Scalzo said.

“Overall it has a good mix of features which make it both an interesting track and one that is difficult to tune for.

“Passing opportunities here are very limited. If a car gets a good run off the last corner and onto the straight, it’s possible to tow up and passing into turn one. If a car can stay in the tow without too much aero push generated by the wake of the car in front, it is also possible to pass into the braking zone heading into turn two.

“Typically the BJR cars have good stability in faster, longer corners. These types of corners also seem to suit Brighty’s driving style – although it’s important to make sure we have enough rotation for the slower corners.

“As the straight is so long, getting off the last corner well is also important. This provides a good challenge for engineer and driver to find a balance in the car which works well enough across all various characteristics of the track.”

Tyre degradation is the thing to watch this weekend.

“The right car balance is key as a car with too much understeer or oversteer will wear out the tyres quickly,” Scalzo said.

It’s a balancing act when setting up the car for the varying characteristics of the circuit.

“When chasing high speed stability you can quickly tune to a car which lacks rotation at slower speeds like turn two and nine.

“Conversely, when the car rotates really well, it can be difficult to drive in faster corners like turn one, four and five.”

Set up will focus on the right combination stability and rotation.

“A car that gives good confidence while braking and turning and responds well in change of direction is also strong at SMSP.” 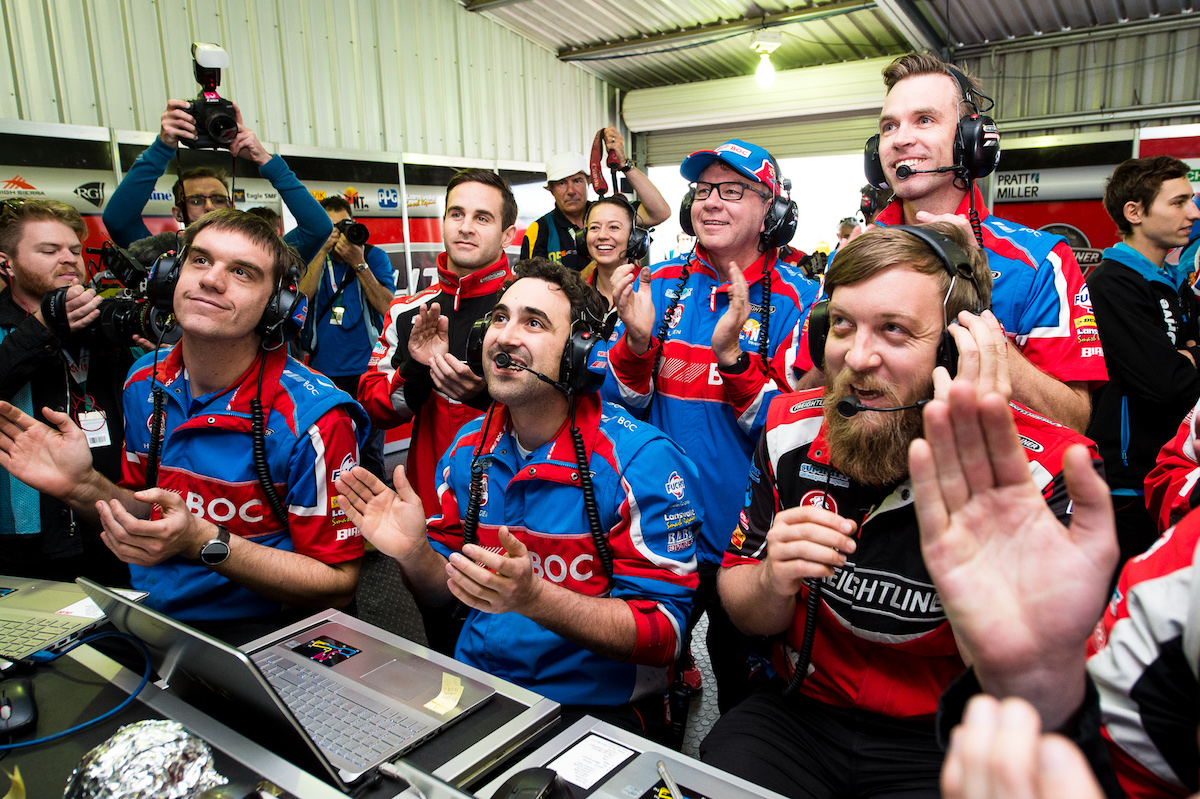 Teams have six sets of tyres for the weekend’s racing, with one lot of softs to be handed back at the end of practice. There’s also three sets of pre-marked tyres for practice.

“Previously marked tyres will be used solely in practice, while most people elect to spend the ‘give back’ green tyres for a qualifying run at the end of practice on Friday also,” Scalzo said.

“This can be a useful tool in gauging your competitiveness against others who have also elected to use their green tyres.

He explained the high degradation experienced on the soft tyre at the circuit.

“This is due to a combination of the high corner density and longer loaded corners. There are also some slow corners where maximizing the exits is important and this is hard on the rear tyre. Good car balance is the key for tyre life.”

Teams have two practice sessions on Friday – which they are allowed to run their enduro co-driver in if they wish – and a quick 15-minute run on Saturday before qualifying.

“With two practice sessions on Friday, typically the first hour is dedicated to assess our base car and setup,” Scalzo said.

“[We check] what areas in the car and track may have changed since last year and how is this affecting the characteristic of the car and our overall performance. ith the break between sessions to analyse the data and make changes we then start to focus on setting up the car to perform best as a qualifying car. This means making changes to try and extract the best possible one lap pace from the car.”

Andrew Jones won’t get a steer though – Friday will be focused on main driver Bright, as Jones is getting plenty of mileage in the Dunlop Series and will have a full test day dedicated to enduros before Sandown.

Keep an eye on which teams are using which tyres at the end of Friday’s second practice session.

“If most people elect to run a green set of tyres this should provide a good gauge of everyone competitiveness.

“In practice when drivers appear strong on a used tyre, it can be a good sign their race pace will be strong. So even if they qualify a little further back in the field, watch for them making their way towards the front during races.”

“With limited passing opportunities, qualifying is as important as ever,” Scalzo said.

“At the moment the field is extremely close in terms of qualifying speed, we’ve seen rounds this year where a difference of 0.1 seconds in lap time can be as much as ten starting positions.”

There’s a 15-minute session on Saturday and 20 minutes Sunday.

“In Saturday qualifying we’ll use two sets of tyres, leaving three sets for the longer session on Sunday.

“As we see in most qualifying sessions, the fastest lap times at SMSP are done on the first flying lap on green tyres. So with a warm up outing followed by two or three green outings, there should be enough time to make some small adjustments between green runs.

“Timing is important also. Being towards the front of the field where the traffic is a little clearer helps, but leaving as late as possible to maximise the track grip coming up is also a consideration.”

There are two common options for Saturday’s 120km race, which requires one pit stop after lap five (with no safety car): “Pitting as soon as the window opens and trying to do a long stint home or splitting the race in equal stints".

Scalzo believes most will choose to pit early to try and maintain their position.

“We could see a few cars coming through the field later in the race on newer tyres, although passing can still be difficult.”

“Again, as we’ve seen this year there are only two real strategy options most people follow in the Sunday races – stopping early and doing two longer stints or splitting the race in three more equal stints.

“However, starting with minimum fuel due to the 120L drop means it’s hard to generate a big lap difference in the first stint as fuel runs out early. Like Saturday’s strategy, as soon as one car pits most others will follow to defend their position.

“Cars can be full filled and make it home on fuel from around lap 18 on Sunday – this makes for a 32 lap stint home.

“If the safety car comes on this window, then it will become a race of who can look after their tyres the best for longest. It may be an interesting end to the race if there are people who used them up too quickly!”

As always, safety cars could change the outcome of the race and are not uncommon at SMSP: “especially this time of year with the off track areas being soft, making it easy to get stuck”.

“A safety car before lap five that lasts for a long time [on Satuday] will push the CPS window back, shortening the second stint,” Scalzo said.

“This will mean the cars that had planned on running long in the first stint will have less of a tyre advantage in the second as the lengths are more even.”

Double stacking affected the racing last year – those who start with less fuel will have an advantage if there’s an early safety car on Sunday, Scalzo explained.

“The minimum full drop in Sunday’s races will always generate a danger of double stacking.

“Cars starting with light fuel will take advantage by getting a long fuel stop out of the way under safety car, team cars second in the queue can’t afford to miss this opportunity either.

“Last year saw a very early safety car and this caused the whole field to pit and people to double stack. Exactly the same issue takes place when a safety car come on the fuel window home.”