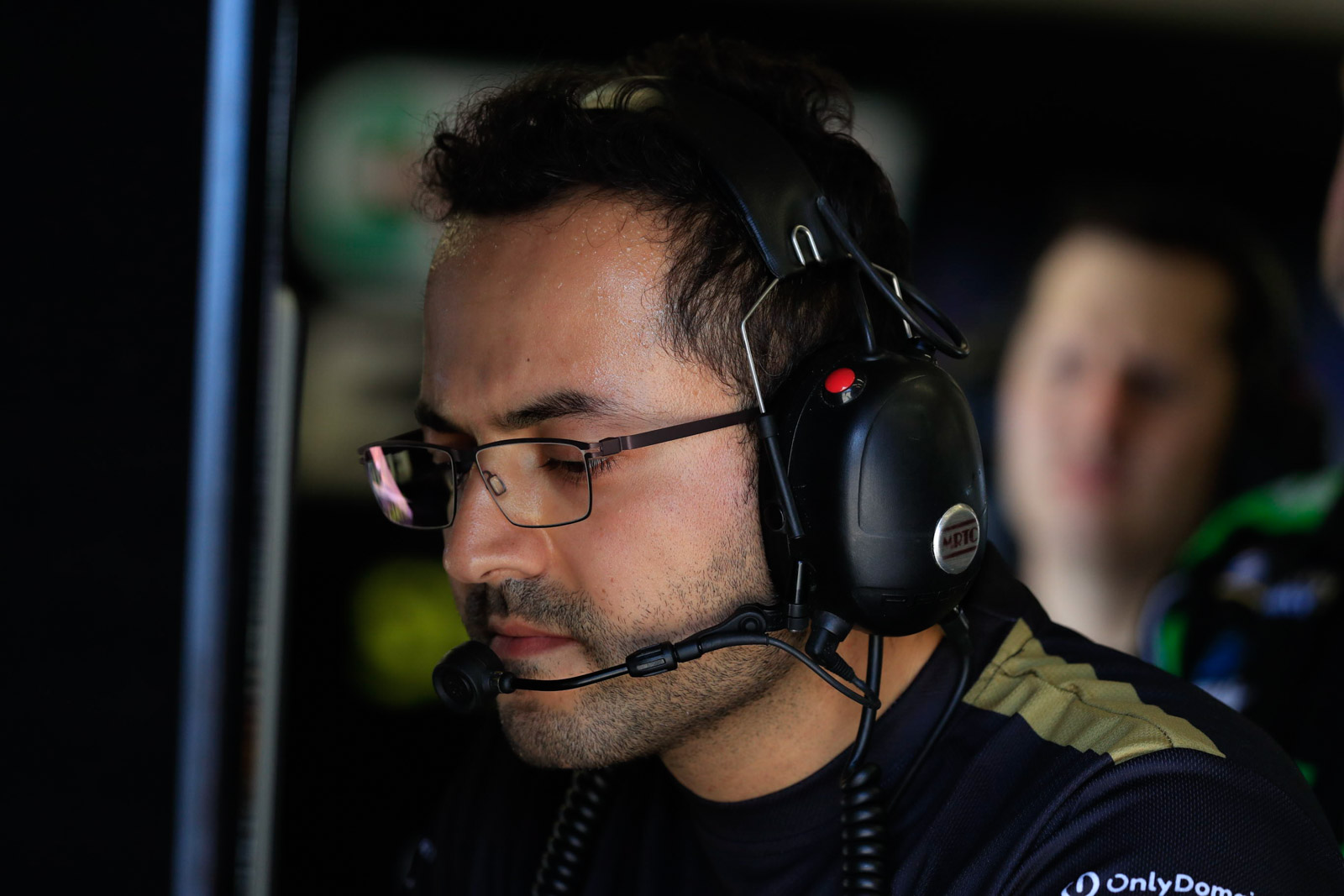 This weekend, Super Black Racing heads home to New Zealand to race in front of its people. The Kiwi team, which runs driver Chris Pither, is determined to perform and pay tribute to late team owner Tony Lentino, who passed away in July after a 15-month battle with cancer.

Engineer Dilan Talabani described the team’s second full year in the category sa one “of highs and lows” after two big accidents early in the season.

Pither bounced back in Perth and then at Queensland Racway earned pole position in a tight field.

“The pole position at Queensland Raceway is my highlight, I particularly savor the fact that it’s the first rookie pole in a very long time and we had genuine pace all weekend,” Talabani said.

This weekend will be special for the team.

“We will benefit from having incredible local support for the Kiwi’s, and try to do the best we can in honor of Tony.”

It’s a different format – which Talabani explains – and he believes we will see plenty of action this weekend.

“I must admit, if there is one track where this format will work, it will be Pukekohe as it’s a spectacular track that really makes the drivers work for their lap time.” 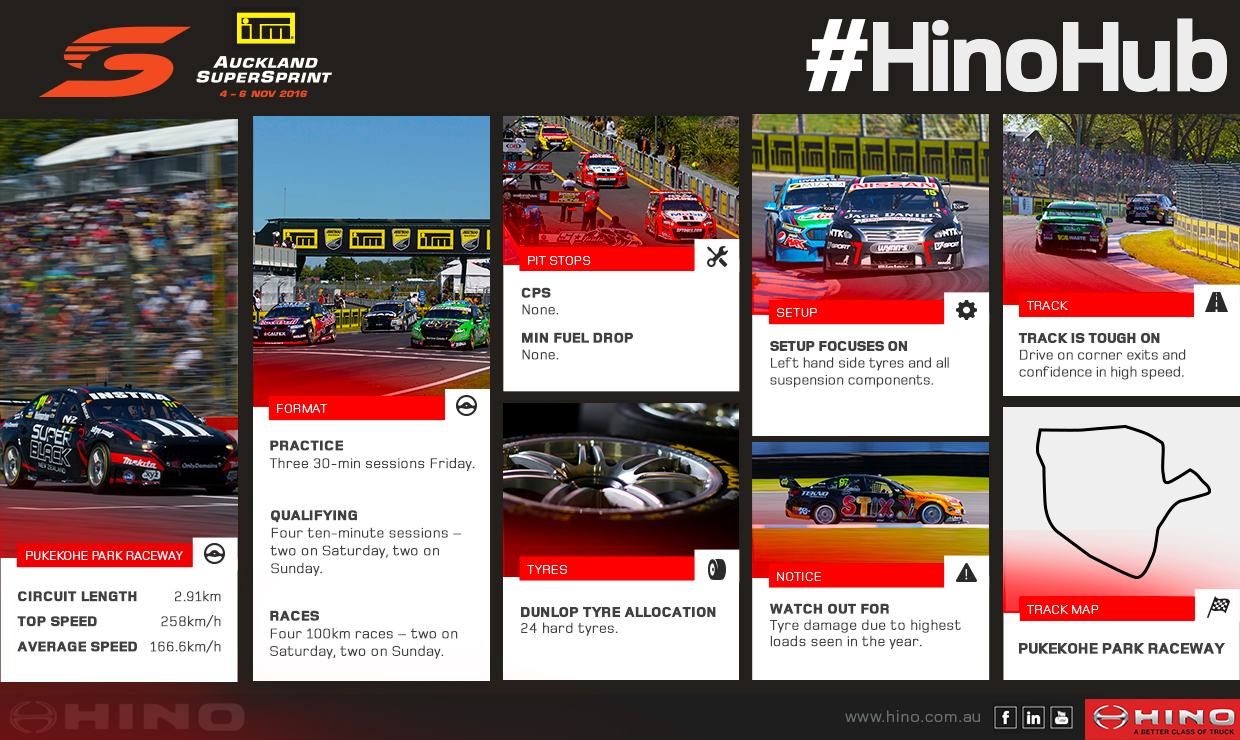 “Pukekohe is a spectacular circuit to send these cars around, the drivers have to lay it on the line to get a good laptime,” Talabani said.

“It is a very single sided layout, with mainly right handers and has a lot of lateral demand from the car. The natural undulating nature of the old track has made it a favourite amongst the drivers and teams.”

Watch out for some bumps in the road.

“Pukekohe is the bumpiest track that we visit, these bumps occur when we corner at 190kmh – combine this with slow speed corners and it proves to be a very challenging circuit to achieve strengths in all areas.”

Key passing spots are at turns five and eight, “however, we have seen some successful and less successful attempts at four and 11!”

The team will draw on its local heritage and support this weekend as one of its advantages.

“Both our car and driver are Kiwis, so local pride is our strength.

“Aside from that, we have a decent high speed balance that will give Chris confidence and we look after our tyres better than others, we generally finish off strong in the races.”

The track is tough on tyres and suspension, and after a tyre failure for Craig “Lowndes last year, is now a hard tyre only event.

We have seen numerous tyre failures since 2013 when we returned to Pukekohe. The nature of the circuit puts incredible loads into them,” Talabani said.

“The setup is being pulled in opposite directions.

“You need a decent high speed platform to have pace from turns nine to two and you also need good turn and drive out of the two slower corners, four and eight.”

Teams have 24 hard Dunlop tyres this weekend, and with an alternate SuperSprint format things run a little differently.

“We do not take any premarked tyres to this event, so we will use two sets of new tyres over the three (half hour) practice sessions,” Talabani explained.

“This leaves a set of new tyres for each of the four qualifying sessions, which will be carried on into the four races.

“Degradation is pretty low at this circuit. It has gotten worse over the years, but we are talking hundredths of a second per lap.”

The change to hards doesn’t make a difference to the team this year.

“Our setups are suited primarily to the track, rather than the tyre compound.”

Friday has three half-hour runs for teams to get the drivers and cars up to speed.

“This will be Chris’s first time at Pukekohe in a PRA Ford, we will need to get him confident on corner entry and ensure he has enough braking stability that he likes. We have good historical data to help us get up to speed.”

The short sessions will make it a challenging day.

“Being a ‘rookie’ in the main game means we have the most work to do this year.

“We set specific targets for each practice session and plan accordingly to meet them. I’m sure Chris will get up to speed very quickly, he has done a fair few laps around there.”

Remember that with no pre-marked tyres, times will be telling throughout practice.

“All drivers have exactly the same tyre bank so the practice times will show relevant pace.

“Look for the quickest laptimes at the end of Practice Three when most crews will do their new tyre qualifying simulations.”

The sprint to the finish – 100km with no pit stops – puts more emphasis than ever on qualifying.

“It has never been more crucial to qualify well here, with low tyre degradation and no pitstops, you may finish in the order that you started in.

“We have not had 10 minute sessions this year since Adelaide, but we had them in Pukekohe last year. They will be frantic sessions as most crews will run only one set of tyres and you want to post a laptime before any possible red flags.”

Talabani explained their approach to the 100km sprints.

“I have no doubt Chris will have pace to run at the front, we have shown good pace this year but not been able to benefit from it due to qualifying down the order,” he said.

“I think we have a little tyre life to spare so we will run a more aggressive setup that will yield quicker laptimes at the risk of higher tyre degradation.”

While not worrying about the #55 and chances of double stacking, there is a downside to no stops.

“It puts more emphasis on getting your car competitive as you cannot strategise with pit stops to move further up the field.”