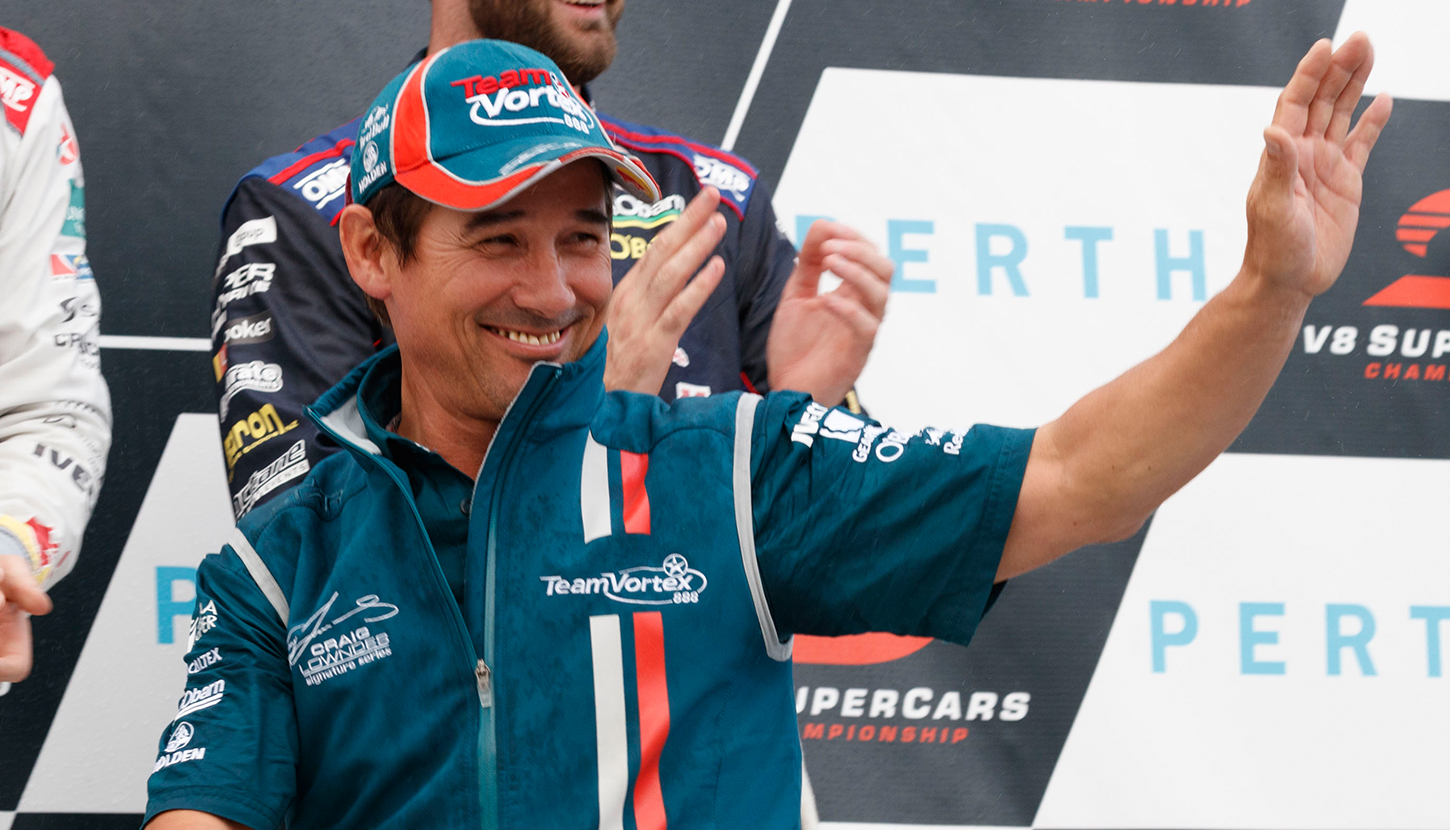 Last time he engineered a Supercar at Mount Panorama, Ludo Lacroix was one of the success stories of the weekend. The XBOX car, with international rookie Mattias Ekstrom and Andy Priaulx impressed in 2013, finishing 10th and showing incredible speed.

This year Lacroix teams with defending champs Craig Lowndes and Steven Richards – and a Bathurst win would mean the world.

With so much to come to influence the team’s decisions this weekend, Lacroix gave an overview of what the engineers think about across the four days when searching for that elusive win at the country’s trickiest track. 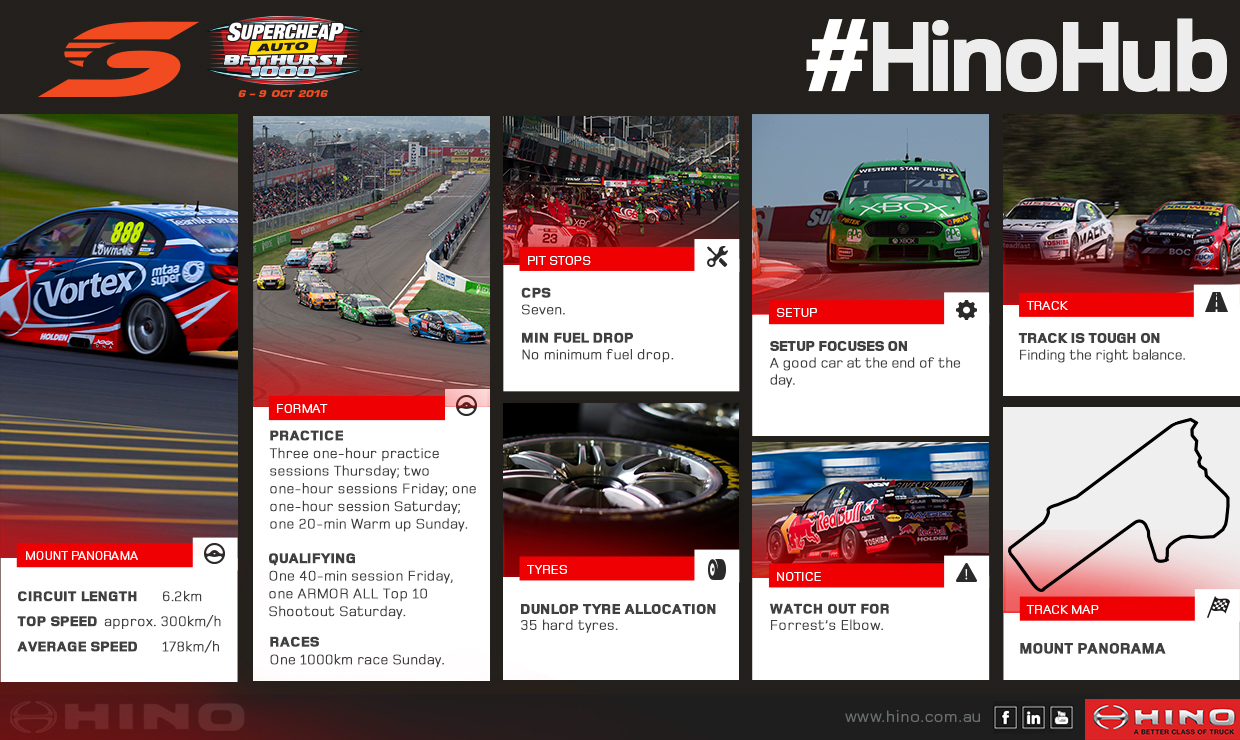 VASC: What would a good result with Craig mean here, with you back running a car?

Oh, it would mean a lot … but I think it’s not being here again, it’s being in the championship and running a car which is a pretty amazing with Craig and trying to give him another couple of good years.

What’s pretty interesting too is being able to develop and articulate more what you think.

Sometimes you tell the engineer but they don’t do it, or don’t do it the way you would like, so sometimes it’s actually good to be able to say, ‘ok, I have got what is here, I’m going to put into the process, the driver is going to tell me and I’m not going to wait for somebody to tell me if it’s interesting or not’. So you can develop the car a bit better if you are running the car – but what you don’t do, you’re not at home as often, so you can’t look at the long distance work. There are a lot of positive things being back at Bathurst…

With the new tarmac it has made the car very twitchy obviously with a tendency to lose the rear, and not being able to talk to the rear tyre very well, so the driver is a little bit scared or shocked which means that the easy way is to put full wing – off you go. What does it mean, it’s fast in the straight line – that’s well proven – but that’s a sort of compromise.

I’m quite happy to be here this year and to have a look at if we can reproduce what we did with the XBOX car, try all the little tricks and put them together.

But it was a different time, the track is not the same, so I’m not sure it will work – we can only try.

What characteristics of your car suit this track?

I think we are always efficient, which means we don’t need too much drive to make good downforce, and [we have] setups which are always adaptive. We are able to tune the car a fair bit to try to adapt to a track – so we don’t go to Winton as we go to Bathurst in terms of setup. It’s a very different car and I think that’s why sometimes we can advance better than most of the others because we do change the car for the specific track … sometimes we go in the wrong direction, track has changed or this or that and you need to go back and re-evaluate.

I think our car is very 'talkable', they talk to the driver very quickly and from a bad position – say we start the setup wrong, off the centre of the page, we can get back to the centre of the page because the car talks to us. We have got good engines, good areo, overall it’s a good thing at Bathurst.

What do you need to watch out for here, what is tricky?

It’s tricky to get a good balance between The Cutting, which is an oversteery corner, turn three and four, that’s understeering. And then you’ve got The Dipper which is a very short corner… people talk about The Dipper, but it’s not important – there’s no straight line.

The most important corner of Bathurst is not the last turn, it’s not the first turn – it’s Forrest’s Elbow, because that is the corner which goes on into a straight line. If they get out of that corner well … they will be gathering time in the car and produce a good lap time.

You start in the morning and finish at 5.30pm, so the track is not the same throughout the race. The car needs to change a little bit – you need to try and be right at the start and then, with 60 laps to go, bang! That’s when you need a fast car, from lap 100…

What can you say about strategy this far out from the race?

The strategy is simple, there is a certain number of laps you have to do – you cannot let your main driver do more than 3.5 hours, which usually is not difficult to make, but if the race is lengthened, weather can come in ... so if there is a couple of things you have to you stop seven times. One too many, probably but with the number of safety cars you will get through the race with maybe three to six I would say it’s okay to stop one more time and stop on the last one shorter for fuel…

I think the best strategy is to have a good car ... if you have got a good car you make any strategy work.

How do you decide which driver starts?

It’s very easy for us because we have two very good drivers, we can start either of them. It probably depends on the position, let’s say – touch wood – somebody has got an accident, we can’t qualify so we are last, we are probably starting the main driver because you are going to try to minimise a little bit and then go back again. Now if you qualify top five you don’t have to start your main driver, you may start your co-driver. It’s very dependent.

If you give the car to a co-driver and he puts it in the wall first lap – it’s over.

There’s plenty of good reason to say one or the other. There’s not one answer.

What’s the critical lap to fuel up and get to the end?

That will depend on the fuel consumption, that’s going to be around 135 to 140 – the last stop is going to be 25 laps to 22 laps. Depends on the speed of the car – if we go fast we burn fuel. So the faster you go, the more you burn fuel, the more often you have to stop.

How do you manage qualifying and then a Top 10 Shootout?

Being in the top 10 you have already done your job, you are qualifying your first four, five rows, you’re in a safe position.

Most of the time – we know our car and when we are not in the top 10 it’s because there have been an accident, something has happened, it can be a weather event ... or an accident.

Many reasons can stop you doing a top 10, but with our car we should really be top ten – I would be surprised if we don’t have three cars in top ten.

Then, as I say, you have done your job because it’s not about the leading the first lap, it’s about surviving 100 … there’s no point in being very hard at the start, we’ve got a close time of six o’clock in the evening. There’s no point in rushing … but I need to be in position.

There’s no need to put pressure on yourself, so cruise around within the 10, get some good fuel position get some good position from putting in a full tank when the others have half a tank. That’s a good thing because you have ten seconds in your hand, if you have a safety car you’re 10 seconds ahead et cetra. Try to actually not lead but be leading with what is still to go, it will transfer – there’s no point having a 15 second lead. Put some fuel in and get back with them because at the end of the day you want to be with them and a safety car will compact it up and you’re just in front … try to have the advantage at the end and then drive the car, make it nice, make it last, don’t touch the walls.

Who are the biggest threats?

Chaz is fast here for sure, I think FPR (Prodrive) definitely and McLaughlin. I think he’s got the car. The Volvo is a good car, good aero, good engines. He just has to … be there at lap 100.

Other threats – something will pop out of the wood. it would be surprising [but maybe] the two Ford teams. Mainly with Coulthard, I don’t think Scotty [Pye] and his teammate [Tony D’Alberto] are as strong, definitely not as much experience. Coulthard is a left foot braker so that’s expensive on the fuel, that means you have to wait for more seconds, at the last stop.

Bathurst is about those little details.