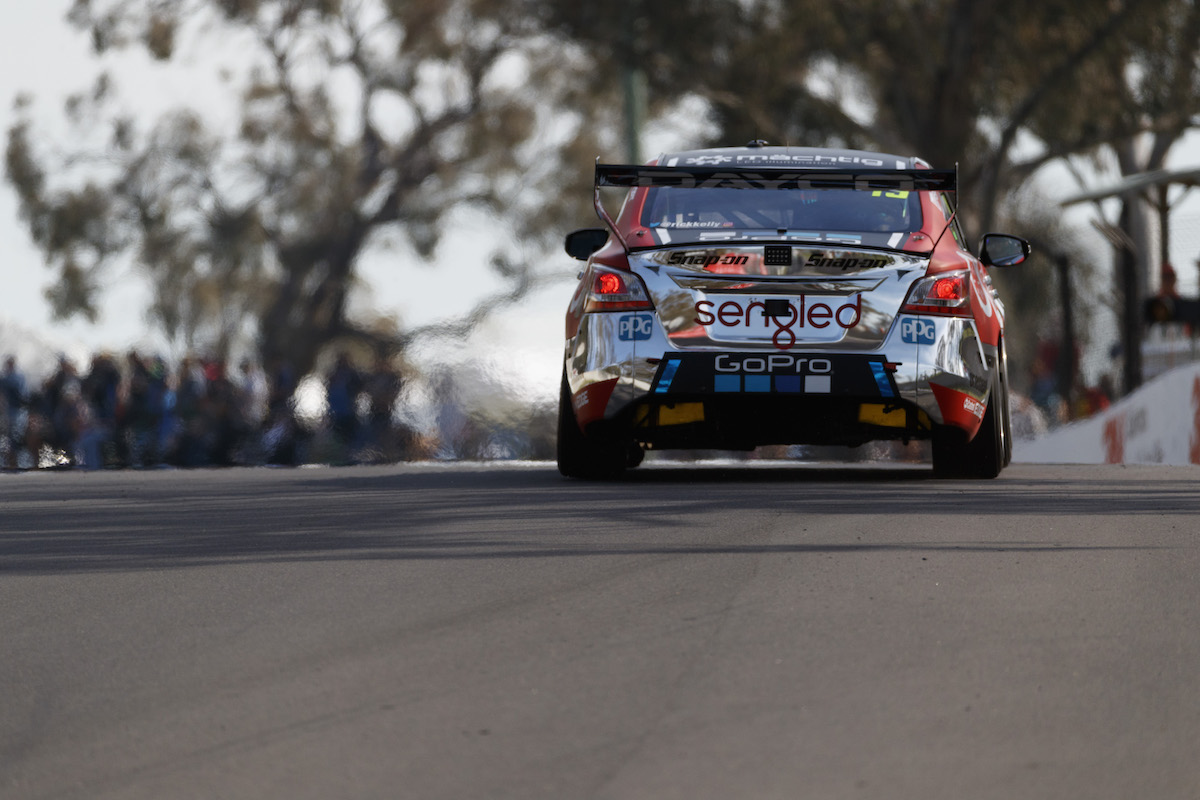 A super strategy call on the Gold Coast in last year’s Sunday race meant Rick Kelly and then co-driver David Russell were able to make it onto the podium.

This year the team is looking to bounce back from a hard run at Bathurst, plagued with problems from the start of the day at the weekend's Castrol Gold Coast 600.

Engineer for the Sengled Nissan – shared by Kelly and veteran Russell Ingall this time around – George Commins looks forward to getting back on track to make amends for the last event at a track they delivered at last year.

“When you have a tough day as we did at Bathurst you just want to get straight back in to it and deliver on the potential you showed,” he said.

“Bathurst was tough for us however our pace throughout the day was fantastic and I am confident we can carry this in to the Gold Coast.”

The tyre allocation is very different to last year at the Surfers Paradise circuit, but risk versus reward is always something to take into consideration.

“Making a risky strategy call and having it pay off is always very rewarding, although at the time it’s very stressful until it becomes clear whether or not it was the correct decision.” 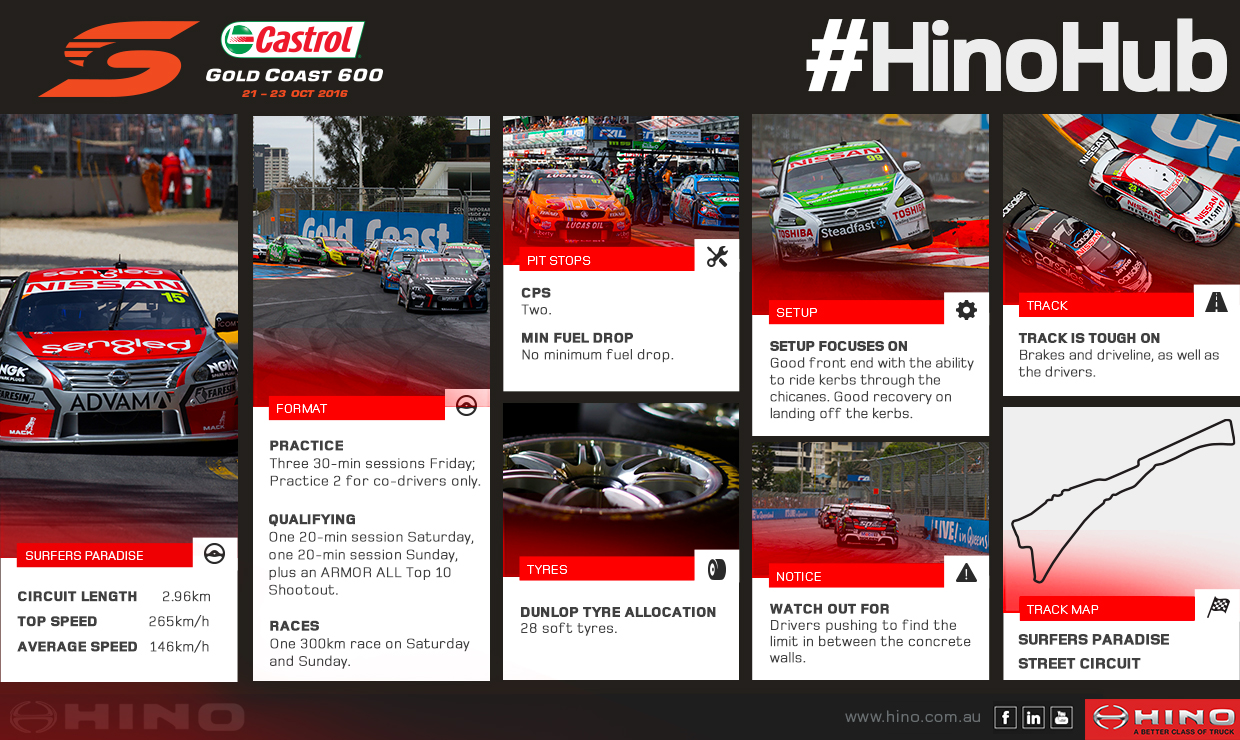 “The Gold Coast street track is a tight circuit that’s very hard on the cars’ drivelines and brakes. Compliance for kerb riding as well as a good mechanical balance is critical here for the drivers to be able to position the car accurately and have confidence to push right to the limit,” Commins said.

The biggest challenge is giving the drivers a car that’s both comfortable for kerb riding as well as sharp enough to position accurately on corner entry.

“Typically we are able to achieve a good mechanical balance and kerb riding meaning the Gold Coast track should suit our car well.”

The best passing opportunities are at turns four and six.

Seven sets of soft Dunlop tyres are allocated for this weekend’s races on the Gold Coast.

“We will likely use three sets in each qualifying session saving one set for the shootout. Most people will likely have a set of green tyres left from Sandown which they will probably use during Friday practice,” Commins said.

“Degradation here is surprisingly low – more of the circuit has been resurfaced for 2016 which will reduce degradation further.”

Tyre strategy is different from last year because there is no mixed racing with the hard tyre.

There are three practice sessions on Friday, with P2 limited exclusively to the co-drivers.

“We have some planned tests for both kerb riding and general balance which we will work through Rick during P1 and Russell in P2. P3 will be more fine tuning in preparation for qualifying.” Commins said.

“I would expect most people to run a green set of tyres during P3 which will be a good indicated for form for qualifying on Saturday.”

“Qualifying is very important here, whilst passing is possible it’s quite difficult and requires a large pace differential,” Commins said.

Keep your eyes on the numbers – on soft tyres and with parts of the circuit resurfaced this year, there’s a chance we will see record times. David Reynolds currently holds the lap record, a 1min10.0480 set on softs in 2013 in his Prodrive Falcon.

“It’s likely the lap record will drop this year, although the circuit is sensitivity to track temperature so will depend on the weather to some extent,” the Sengled engineer explained.

Each 300km race requires the co-driver to complete at least one third of full distance, and Commins doesn’t expect the traditional approach of starting co-drivers for the race to change.

“I would expect most people to start co-drivers, due to the high likelihood of safety cars through the race,” he said.

Fuel is a driver of strategy at the Gold Coast, as are safety cars which are the rule rather than the exception on the treacherous street circuit.

“As there is no fuel drop the strategy is more open in able to get home using fuel saving rather than being limited by how much fuel you can fit in the car.

“The high likelihood of safety cars means you always need to be looking at the option whether to take them or not which means a lot of thinking on your feet.”

“With the minimum co driver lap requirement is difficult to get around double stacking, however it is possible to offset yourself from the other car in the later stages of the race.”

The number to watch for?

“Without fuel saving most people should be able to make it home from lap 61.”