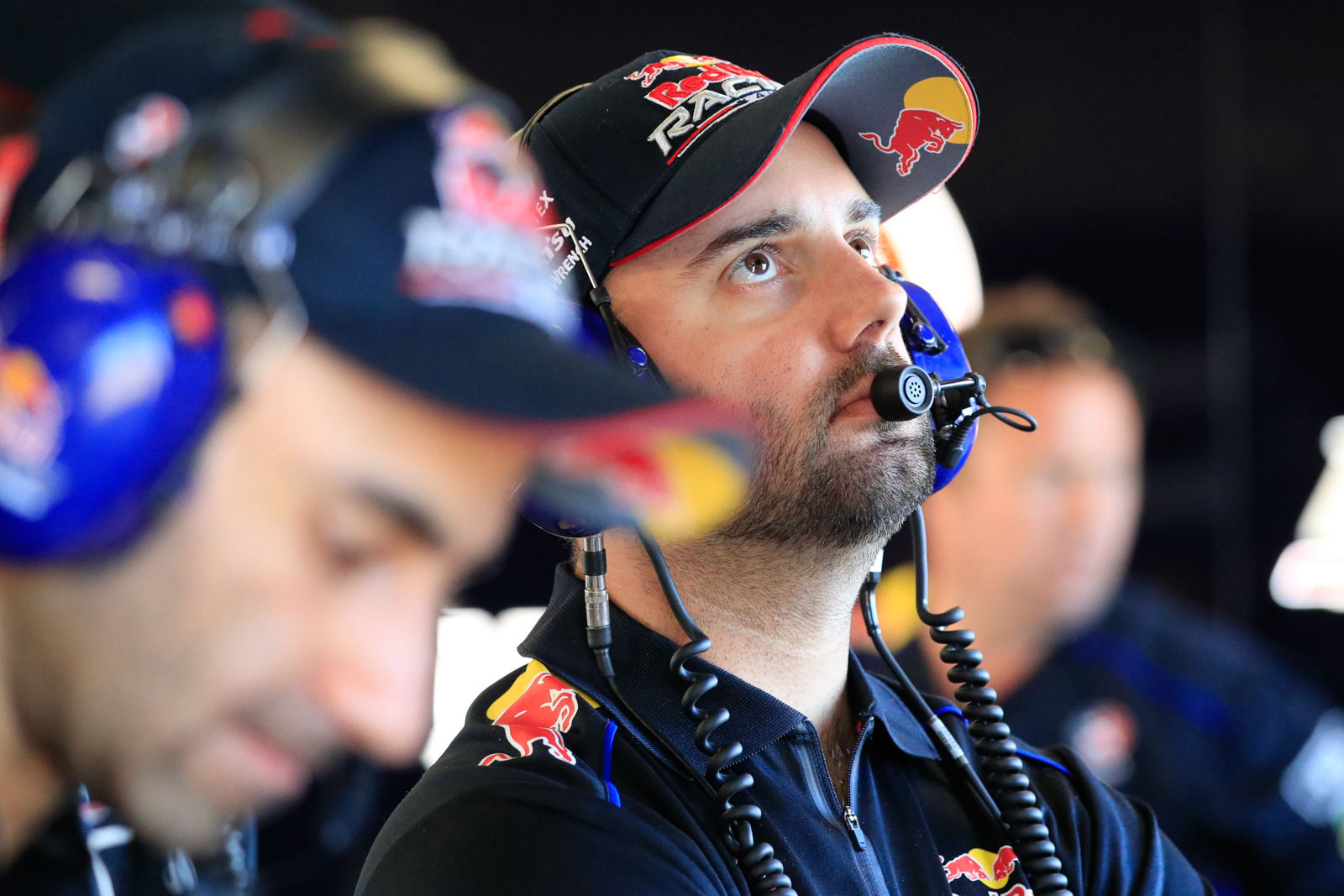 Grant McPherson is facing his first Championship win at the Coates Hire Sydney 500 this weekend. While he has been in contention several times in the past few years, this is the closest he has gotten to having one hand on the trophy with Shane van Gisbergen.

“It is exciting, but it is also a distraction – we need to continue to focus on the job at hand, and the results will take care of themselves,” McPherson told supercars.com in the lead-up to the event.

“We’ve pushed hard through every stage of this year, and I don’t see any reason to change our mindset.”

Craig Lowndes – who McPherson engineered last year – suggested McPherson would be “driving the car as much as Shane” to ensure everything is in check at the risky street track.

They are looking to stitch it up on the Saturday if possible; “but we won’t stress if we have to wait until Sunday,” McPherson said.

He explained the ins and outs of the circuit as the Supercars prepare for the last run at Sydney Olympic Park, on soft tyres for the first time. 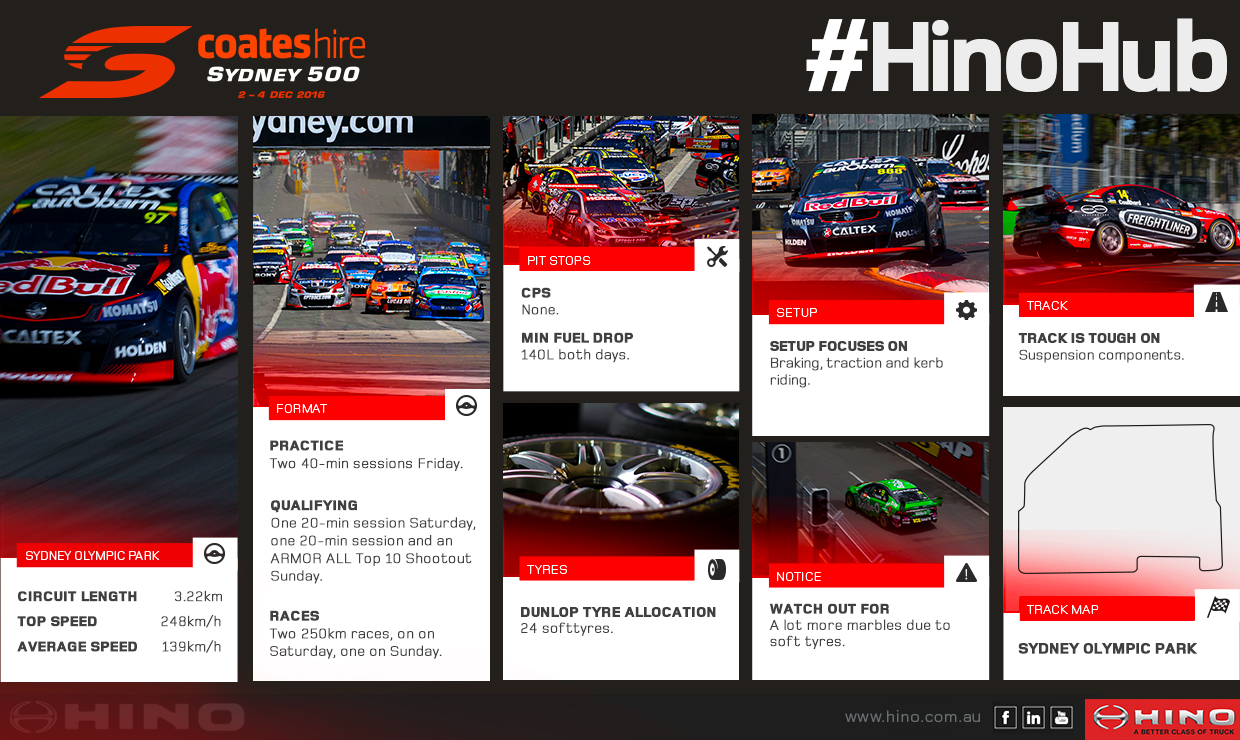 McPherson describes the Sydney Olympic Park track as a true street track, with massive kerbs and a bumpy surface.

“This track is completely unforgiving, so the car needs to be predictable and give the driver the confidence to drive at the limit,” he said.

“Turn nine sees the majority of the passing moves because turn eight gives a great opportunity to get a better exit.”

Van Gisbergen has a stellar record at the track – in fact he and Whincup have won the last eight races there between them.

“We expect that our braking and traction should still be strengths at Homebush, and we need to ensure that we don’t lose these strengths while working on the kerb riding.”

McPherson says the circuit is toughest on suspension components and wheel rims. And 250km is a long run for the Supercars.

Setup will focus on braking, traction and kerb riding.

“These races are very long and the typically hot track temperatures cause a lot of marbles to build up – this will be significantly worse with soft tyres,” he said, referencing the first ever run on soft Dunlop rubber at the track this year.

The six sets of tyres will be split over Saturday and Sunday’s qualifying and racing.

“The tyre life will be the most interesting factor across the weekend, as it isn’t always easy to predict from our hard tyre knowledge,” McPherson said.

“I think this will be mid-range in terms of wear.”

It may mean an exciting finish as drivers battle with different quality tyres in the closing stages.

“It could see an increase in queuing risk, because pitting too early will ensure a lot of laps on future sets of tyres, which can be just as painful late in the race.”

Two 40-minute sessions on Friday mean there’s limited time to adapt to the soft Dunlop tyre. McPherson expects that could spice up the order in qualifying as teams and drivers race to understand the setup.

“Everyone should have similar practice tyre quality due to the rain at Sandown, so practice times should be representative for when we get onto our race allocation,” he said.

“(We’ll focus on) ensuring Shane feels the car gives him the feedback and confidence to drive at the limit.”

Watch out for lap records: “I expect that a soft tyre will definitely get us into the 1min26s window.” The current number stands at 1min27.3813 set by Jamie Whincup in 2011.

“This isn’t a great circuit for passing, so qualifying is absolutely crucial.  Fortunately the race strategy can shake things up, but ultimately you need to start in front of the carnage,” McPherson said.

“The race distance, 140L minimum drop and soft tyres all make queuing a very real possibility, so having pit priority will be incredibly important.”

Sunday’s ARMOR ALL Pole Position will be determined by a Top 10 Shootout – van Gisbergen has an incredible record in those as well having beaten Craig Lowndes’ record for most consecutive Shootout appearances in championship history – Gold Coast was his 25th.

“Shane’s car control and ability to determine the grip level early in the lap all help him to deliver strong results in shootouts.”

“This is one of the most physically demanding circuits for the drivers, and their concentration is tested to the limit,” McPherson said.

“It also provides a great challenge for engineers because anything can happen in these races, and strategy needs to be flexible.

“Completing a full fuel stint on a set of tyres was easy on hards, but will be quite a bit more difficult on softs.”

The danger of the double stack is “a very real danger for large periods of the races” and which such a high probability of a safety car, teams must always be ready to react and adapt to what is playing out on track.

“It is possible that we might see a Townsville Race 2 style finish (where cars pit under a late safety car for new tyres) but ultimately track position is vital and staying out when others pit could leapfrog some blokes forward.”

McPherson suggests the critical lap to pit and get to the finish would be around lap 41, though it was dependent on how much the soft tyre increases fuel consumption.