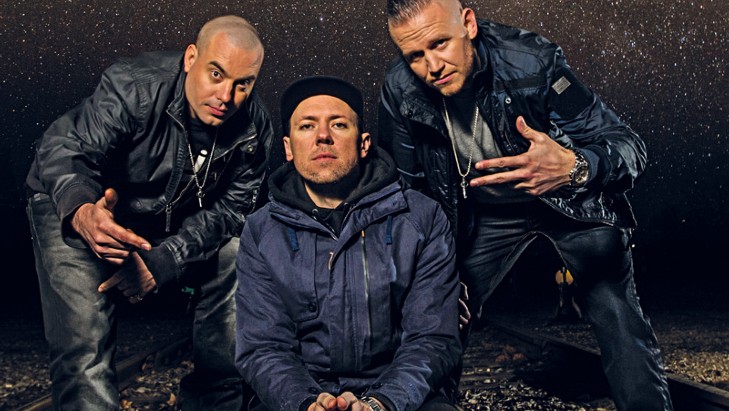 The biggest success story in Australian hip hop, Hilltop Hoods, will return to their Adelaide stomping ground on 3 March 2017, headlining the Friday night concert line up at Clipsal 500 Adelaide.

Underscoring the wide appeal of this successful event, Clipsal 500 Adelaide will combine the presence of Adelaide’s own Pressure, Suffa and Debris with award winning support acts Seth Sentry, The Funkoars and Aaradhna.

Presented by Nova 91.9, the Friday night line up rounds out one of the strongest entertainment programs to hit the city during Mad March, with the reunited Hunters & Collectors and special guests, Baby Animals, already locked in to appear the following night.

“Australians love Hilltop Hoods and it will be incredible to have them rocking the Friday night concert at Clipsal 500 Adelaide,” Bignell said.

“In 2016, Clipsal 500 Adelaide attracted a crowd of 263,500, generating a huge $65.6 million in expenditure. More than 13,500 interstate visitors came to South Australia for the event and we want to grow that number even higher.

“The State Government has invested $70 million to market South Australia nationally and internationally and attract major events and we expect today’s announcement will ensure 2017 is an even bigger success.”

Clipsal 500 Adelaide is a key date on the state’s summer event calendar – as well as the nation’s motorsport schedule – with the four-day program (2-5 March 2017) packed with entertainment for people of all ages and with a wide variety of interests.

Tickets go on sale at 9am today (Thursday 20 October), with prices frozen at 2016 rates until 1 February next year.

“It’s our only hometown show for 2017, so we’re going to be throwing everything at this performance. And having our friends Seth Sentry, The Funkoars and Aaradhna join us in the line up just makes it that much more fun. We can’t wait!”

Hilltop Hoods will perform songs from their multiple ARIA award winning and No.1 albums Drinking for the Sun and Walking under Stars, as well as their vast catalogue of hits.

Event goers will be treated to an array of sounds and genres across the night, with hip hop, R&B and soul all on the menu. Music fans will sing along with Triple J favourite Seth Sentry, take a hip hop journey with one of Adelaide’s finest live crews, The Funkoars, and discover the incredible voice of breakout New Zealand soul singer, Aaradhna.

For further information about the 2017 Clipsal 500 Adelaide concert line up, or to discover more about the race and broader schedule of activities on offer during the four-day event, head to www.clipsal500.com.au.

19/10/2016
Stay In The Know
Sign up to the Repco Supercars Championship Newsletter
We use cookies to ensure that we give you the best experience on our website. If you continue to use this site we will assume that you are happy with it.Ok