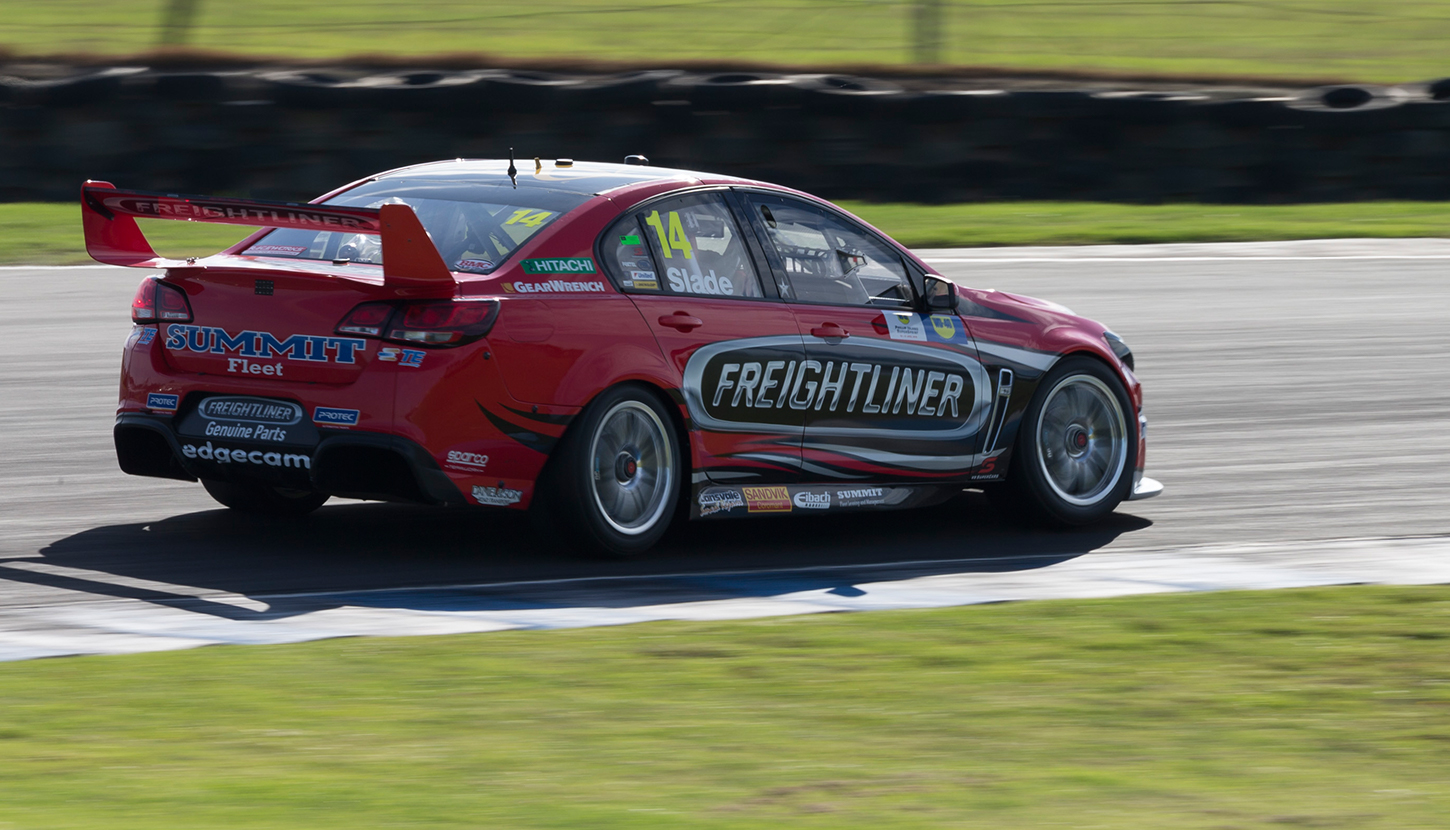 New signing Tim Slade is confident of better results as Brad Jones Racing heads into a block of high-grip tracks where it traditionally delivers good results.

But Slade, who took over BJR’s Freightliner Racing Holden Commodore VF from Fabian Coulthard for 2016, says qualifying pace has to lift if he and the team are to capitalise on promising race pace.

The Virgin Australian Supercars championship heads to the Perth SuperSprint at Barbagallo Raceway this weekend, where BJR broke through for its first ever win in the category via Jason Bright – who still drives the team’s BOC Commodore - back in 2011.

Then late in May it’s on to BJR’s home track at Winton in Victoria, where Slade topped pre-season testing on the resurfaced circuit in February. Then in mid-June the championship visits Hidden Valley in the Northern Territory for the Darwin Triple Crown.

“I think traditionally the tracks we are coming to have been quite strong for BJR,” Slade told v8supercars.com. “Typically those high-grip tracks are strong for the team and tend to suit its cars.

“There are bits and pieces that are different on the car from this stage last year so it is always so hard to predict how it is going to be.

“But you can look at a long history of BJR and that’s been their trend; there would be different bits and pieces on their car every single year. So I am looking forward to it, it should be good.”

Slade has taken some time to adjust to the BJR Commodore, notably grappling with the brake package. He has also yet to qualify in the top 10.

But the 30-year old has consistently raced forward. His two best results have been eighth places in the 120km Saturday races at both the Tyrepower Tasmania SuperSprint in Tasmania and the WD-40 Phillip Island SuperSprint at Phillip Island.

On both occasions strong tyre life (on the soft in Tassie and the hard at Phillip Island) allowed him to have a long initial stint, then swap to new tyres late and overhaul a heap of rivals.

He also would have finished 10th on Sunday in the 200km race at Phillip Island if not for a last lap run-off that dropped him to 13th.

“We were eighth in Tassie and eighth in Phillip Island but when you start back there it’s always difficult to get through to where you should be based on your race pace.

“The first Tassie race was really good; the actual pace of the car and the tyre life was good. That allowed us to do what we did with strategy.”

Perth is among the highest tyre degradation circuits in the championship and is being run entirely on softs. That combination gives Slade confidence that he can achieve his best results yet for BJR. But there are provisos.

“I can’t think of any reason the car won’t be speedy in the race,” Slade said. “But more importantly at Perth I think it will be quite good with its tyre life, so that is something I am looking forward to.

“But the thing I don’t have a heap of confidence in at the moment - just based on our results from the weekend in Tassie - is our qualifying speed.

“That’s something we are focusing on more than anything heading in to Perth. I feel as though going to a high degradation place like Perth, if we can qualify at the front there is no reason why we can’t race up there based on our race pace from the last couple of rounds.”

BJR is Slade’s fifth V8 Supercars team in a full-time career that started in 2009 and includes a best championship finish of fifth at Stone Brothers Racing in 2012. As has been widely documented – and much to his frustration - he has now made more than 200 starts without claiming a race win.

But the last few years since his strong 2012 have also been marred by tumult, with SBR transforming into Erebus Motorsport for 2013 and a move to Walkinshaw Racing to drive the Supercheap Auto Commodore in 2014-15 proving unsuccessful.

Slade is clearly relieved to have a new home at BJR, the Albury-based team owned by brothers Brad and Kim Jones that has a reputation for extracting strong performances from drivers who have had only sporadic success.

“As far as the team side of things is concerned it couldn’t be better,” Slade said.  “I am really happy with that side of things. Everyone is awesome and I have lots of support and backing and really I have everything there that I need to get the most out of myself, which is a nice feeling to have.

“I am really really enjoying it mainly because of the people I am working with in the team.”