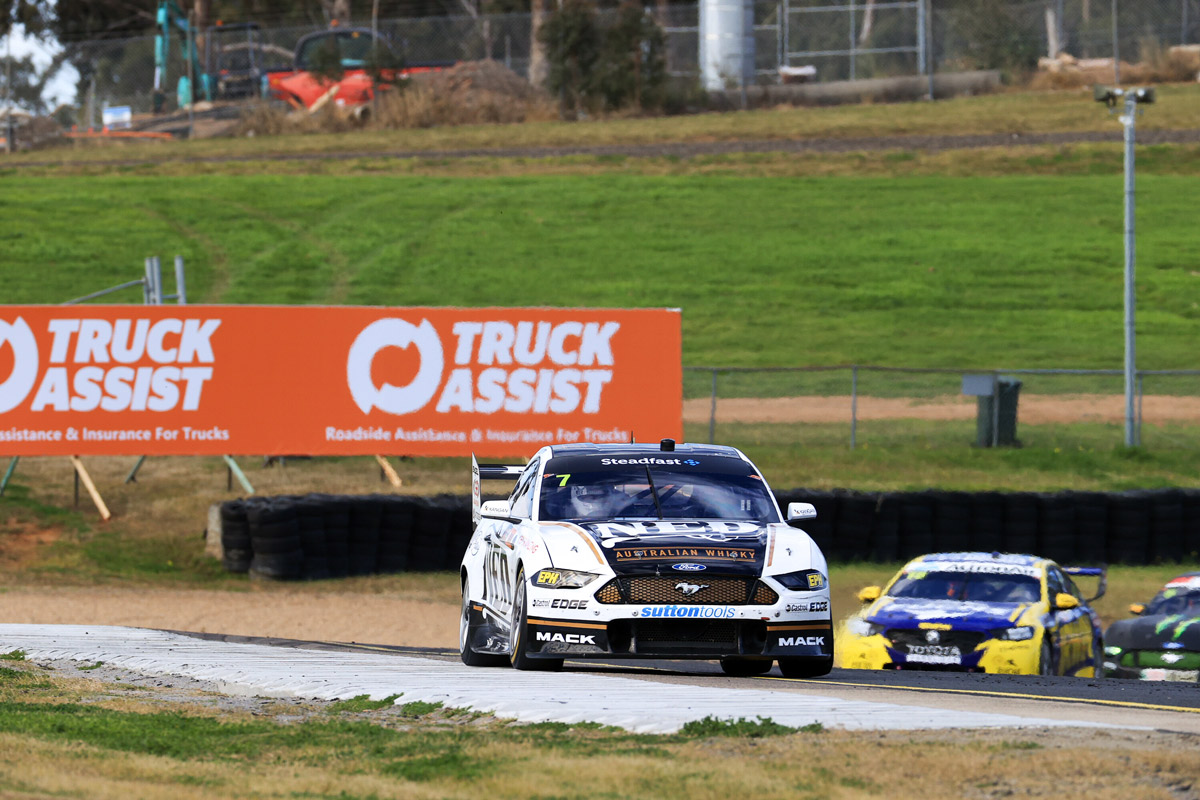 Andre Heimgartner has conceded victory may have slipped through his and Kelly Racing’s grasp in the Truck Assist Sydney SuperSprint finale yesterday.

The #7 Mustang driver stormed to ARMOR ALL Pole with a stunning qualifying lap and led the entire first stint after just keeping Jamie Whincup at bay off the start-line.

He lost the lead however through the pitstop sequence, courtesy of Jack Le Brocq stopping a lap earlier to undercut his rivals – and compounded by a sluggish pitstop for Heimgartner.

While equalling his career-best Supercars result, matching the second he took in the 2019 Sandown sprint, there was a sense of disappointment to not snatch a maiden win.

“I think when you’re leading the race and the car is as fast as it was, to not win that race is fairly disappointing,” said Heimgartner, before putting the placing in perspective.

“Unfortunately that one went begging but you have got to look at the big picture as well with how far we have come this weekend and now we’re sort of half in the game.

“That’s the main thing going forward and we’ll just concentrate, work on the car; we still have got work to do to make the cars faster, we’re still a step behind in all of that stuff.

“So if we can really work hard and do all of that sort of stuff I’m sure the opportunity will present itself again and we’ll be alright.” 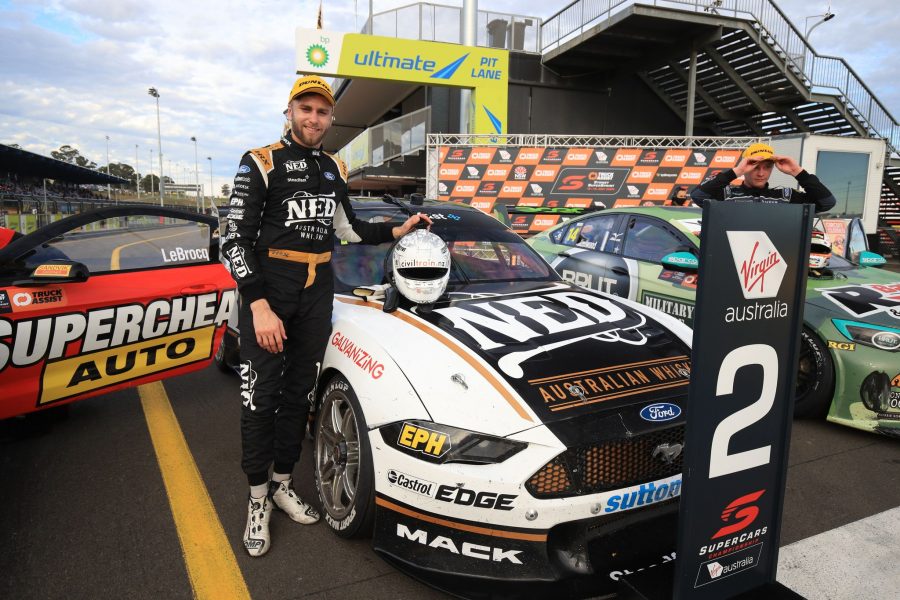 After an underwhelming previous round at Sydney Motorsport Park three weeks earlier, the pole and podium marked firsts for Kelly Racing since switching from Nissan to Ford in the off-season.

Engine lightening works have been flagged as a crucial development item once the squad can return to their Braeside headquarters in Melbourne’s southeast.

Heimgartner’s teammate and boss Rick Kelly heaped praise on the performance, especially given the circumstances of being on the road indefinitely.

“Stoked for Andre and the car #7 crew on the pole and the podium, it’s a really good pat on the back for the guys,” said Kelly, who was 18th in the overall weekend points tally.

“We had a big struggle three weeks ago at this place and a very disrupted preparation and they managed to improve the cars significantly and also showed us a few key areas we can improve on so looking forward to heading to Darwin and seeing what we can do there.”

Before heading to Darwin for a doubleheader, the first event being on the August 8-9 weekend, Kelly Racing will set up shop at 222 Offshore’s facility in southeast Queensland.