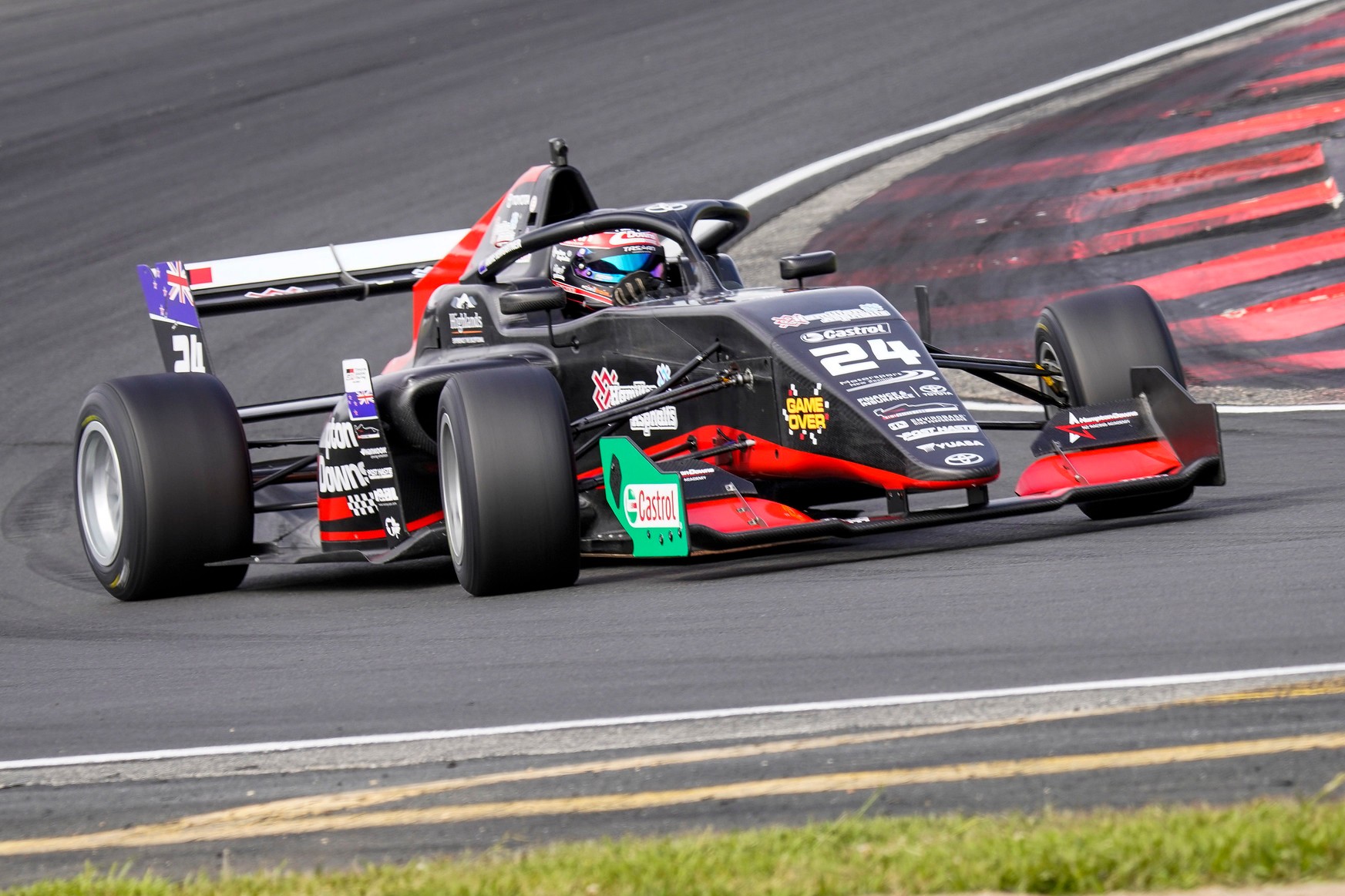 Andre Heimgartner says he was "really happy" with second in Sunday's New Zealand Grand Prix ahead of a fourth Supercars campaign with Kelly Grove Racing.

Heimgartner was pipped to the victory at Hampton Downs by fellow Supercars driver Shane van Gisbergen, who claimed his maiden grand prix win.

Van Gisbergen swept all three races on the weekend, and marked a successful outing with a last-to-first masterclass in the feature race following a pit lane start.

It was a topsy turvy weekend for Heimgartner, who rose from eighth on the grid to the podium for the grand prix.

The 25-year-old failed to finish Race 2 earlier on Sunday following an incident with Brendon Leitch.

Heimgartner clashed with four-time Bathurst 1000 winner Greg Murphy earlier in Race 2, before the Leitch contact at the Turn 2 hairpin ended his hopes.

In Saturday's Race 1, he could only manage seventh as he grappled to find the sweet spot with his #24 FT-60.

It clicked on Sunday, with Heimgartner surviving a dramatic moment with Dan Gaunt and Chris van der Drift to trail van Gisbergen home by just over two seconds. 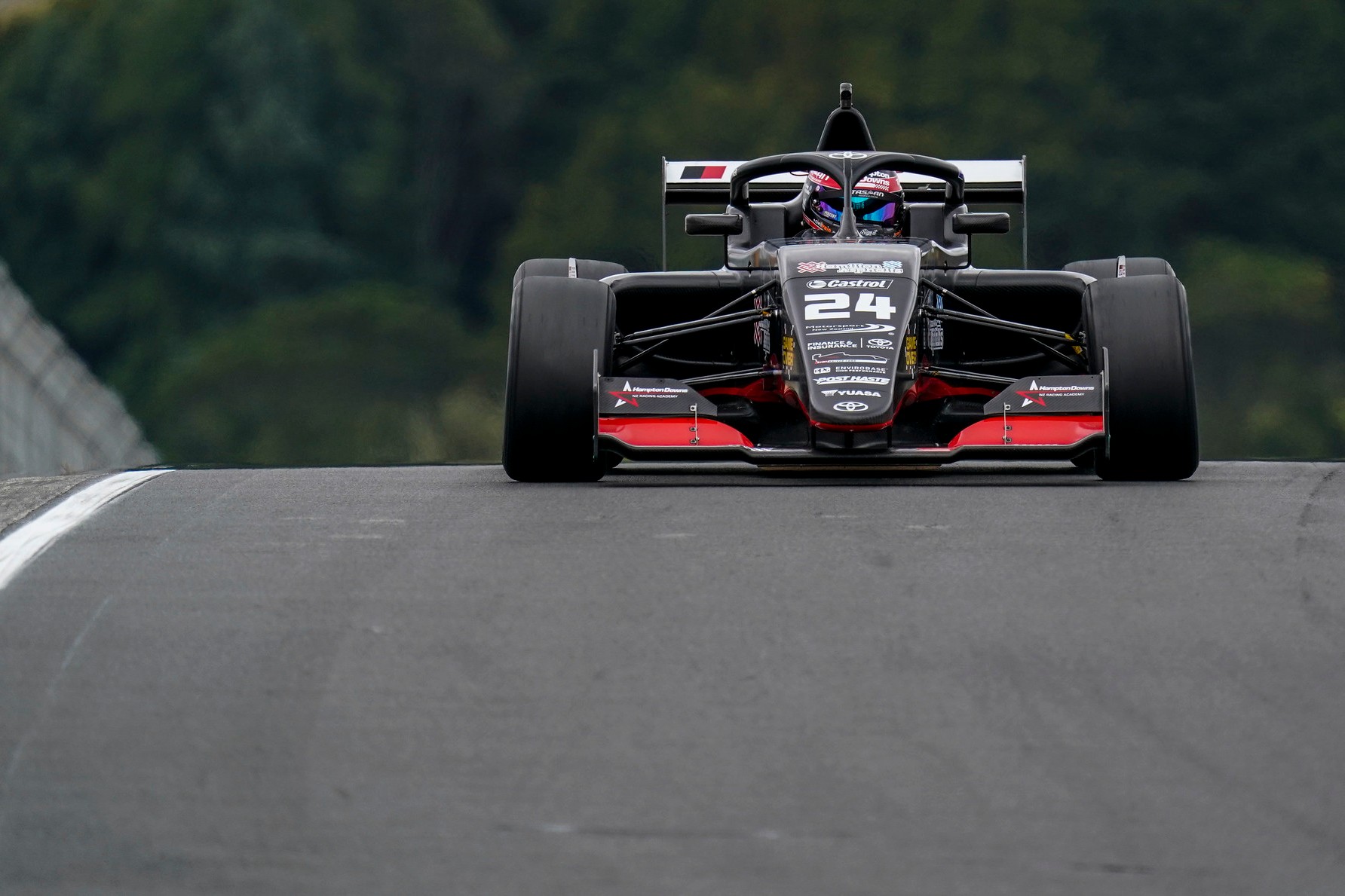 "I got stuck behind other guys too much, and then Shane had that awesome pace he had all weekend," Heimgartner told the broadcast after the race.

"It's a shame Chris's wing came off.

"I'm really happy. We finally got somewhere with the set-up today.

"Big steps forward, but a day late. It is what it is."

The race restarted on Lap 10, and Heimgartner overtook Ngatoa for second four laps later at Turn 2.

After he was demoted to third by van Gisbergen, Heimgartner followed him through into second after Gaunt was muscled out of the lead.

Van Gisbergen was unchallenged from there, with Heimgartner leading home Payne to complete the podium. 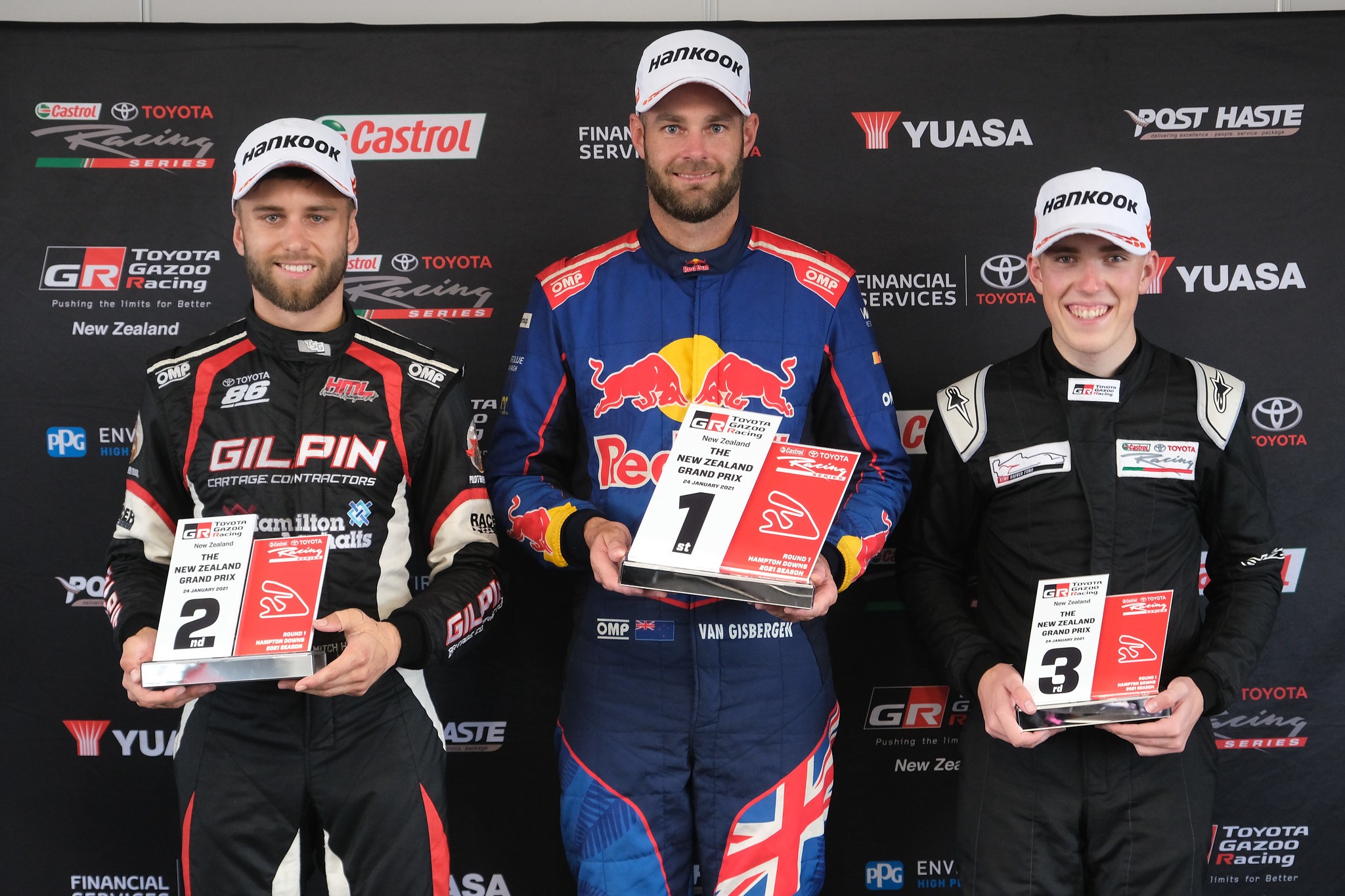 Teenage karting prodigy Payne impressed all weekend, finishing third in both precursor races and qualifying fourth for the feature race.

He initially dropped back in the grand prix, but fought back to record a maiden podium.

"Gee, that was hard work, I'm just going to say that," Payne said.

"I fell back in the middle, and I was just infuriated with myself, I let those guys past.

Van Gisbergen and Heimgartner will head back to Australia on Tuesday to rejoin their Supercars teams.