Heimgartner ‘made everyone else look silly’ 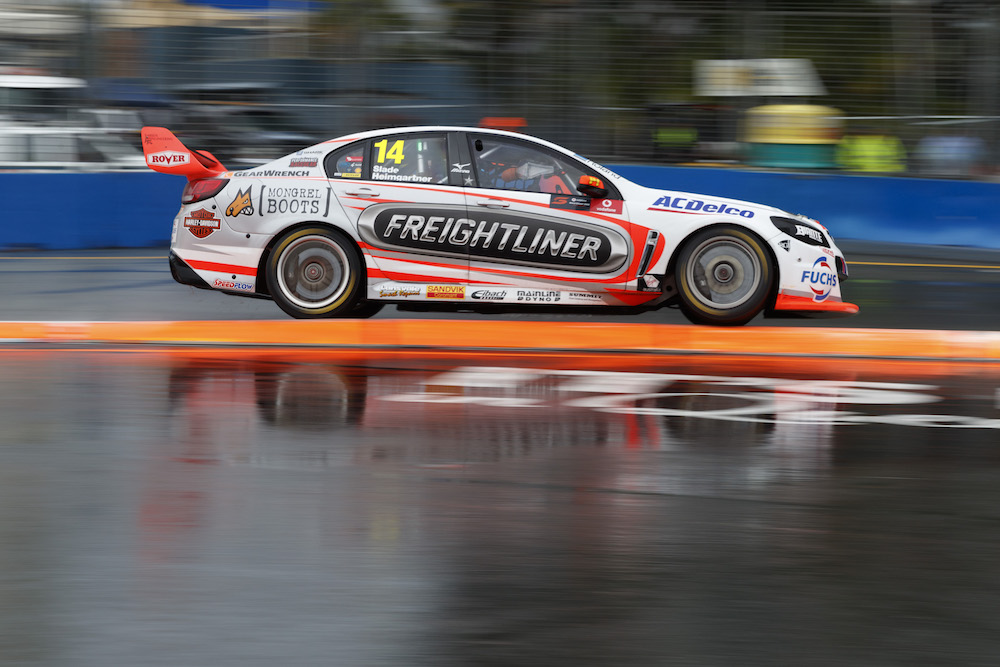 Tim Slade says stand-in co-driver Andre Heimgartner “made everyone else look silly” during the stint that set up a podium finish in the wet first leg of the Vodafone Gold Coast 600.

Slade and Heimgartner finished third from the same grid position, Heimgartner taking the lead on lap eight and then building a near 20 second gap over his fellow co-drivers before stepping out on lap 37.

The Kiwi missed out on an enduro drive this year after being a full-time Supercars pilot with Super Black Racing in 2015 and Lucas Dumbrell Motorsport in ’16.

He was called up by Brad Jones Racing during the Supercheap Auto Bathurst 1000 weekend when Ash Walsh’s rib injuries proved too much, a role that carried into this weekend.

“What a job by Andre, super-sub,” Slade said. “He killed it, made everyone else look silly. He did a mega job, and the guys gave us an awesome car today.”

The Freightliner Commodore ultimately led until its second pitstop on lap 56, when an airjack deployed in a dip in the pitlane surface and slowed the left-rear tyre change. 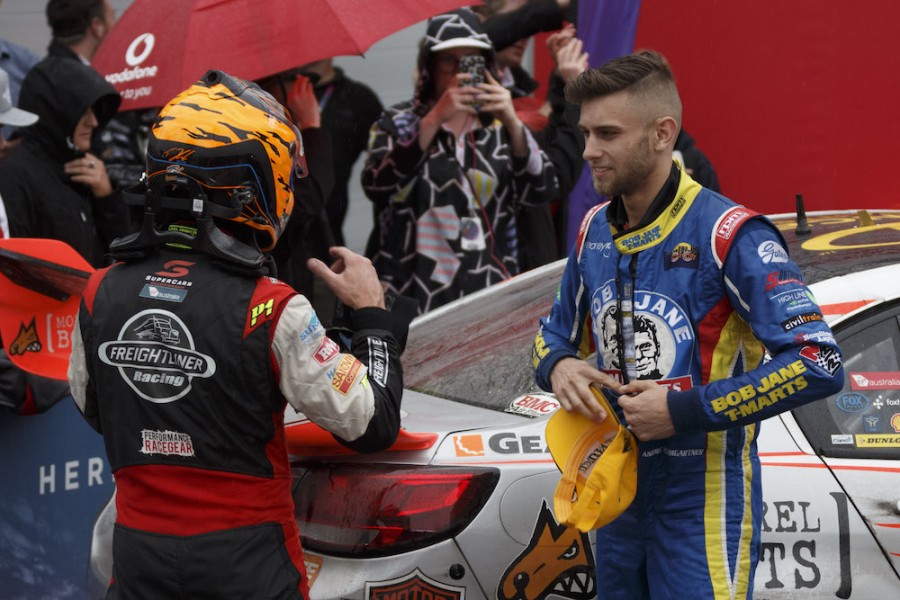 That pressure gave Slade “flashbacks” to the August race at Queensland Raceway, where he was set for his first podium of 2017 until being passed by the reigning champion on the final lap.

Asked if he was disappointed to lose the lead in pitlane, Slade said: “At the time, yeah, but then seeing how fast Chaz took off, I think he would’ve been pretty hard to hold off there.

“After the run we’ve had of late, I’d definitely take any trophy.

“There is a little bit of disappointment that you lose track position that way and it’s hard to pass in these conditions.

“I’m not too disappointed, I’m happy with where we ended up.”

Heimgartner, who is racing in Carrera Cup in 2017 and added Asian GT drives to his schedule, suggested his opening stint “wasn’t too bad”.

“The car was pretty good, obviously,” said Heimgartner, who enjoyed a preview of the wet conditions in the morning's Porsche race.

“It was pretty good. Obviously the car needed to be good for me to do it, but I couldn’t be happier.

“I was just there to do the job for Slade and hand the car over in the best position and anything from there’s a bonus.”