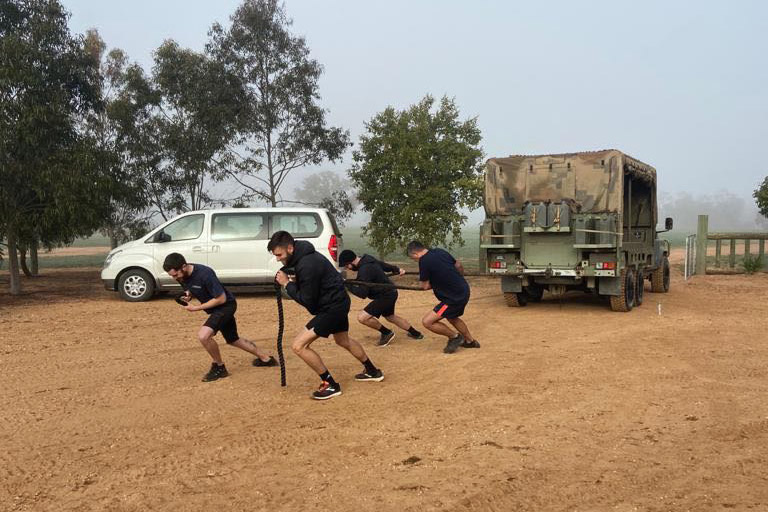 Andre Heimgartner has taken the chance to put his fitness prowess to use, spearheading a Kelly Racing farm bootcamp in the lead-up to the Truck Assist Sydney SuperSprint.

WATCH: BEHIND THE SCENES OF KELLY RACING'S FARM STAY

The Braeside squad relocated to the Kelly family farm north of Mildura on Monday night last week ahead of the state border closing.

It created a unique style of preparation for the upcoming round at Sydney Motorsport Park this weekend but one that NED Racing Mustang driver Heimgartner has enjoyed.

“Obviously it’s a tough situation; you have got to look at the positives where you can,” he told Supercars.com.

“For us as a team, we have definitely become closer. Having to spend a week with each other flat out, you really learn different personalities and get to know each other a lot better, which is good.

“Also we have been able to do so many things that we never would have done if this didn’t happen, like going in a plane with Todd [Kelly, team co-owner] or doing lots of other country stuff.

“All that has been really cool, being able to run in the nature and do treks and go in a little dinghy up and down the river and lots of fun little stuff.”

Between leisure activities, there has been plenty of team-wide fitness work to ensure they arrive at SMP in tip-top shape.

“We have been training most days with the boys, doing fitness and a few different challenges along the way,” said Heimgartner.

“It has been good for me just to do training somewhere else as well, to do lots of long runs amongst cows and all sorts of wild animals, so yeah it has kept it fresh and different.” 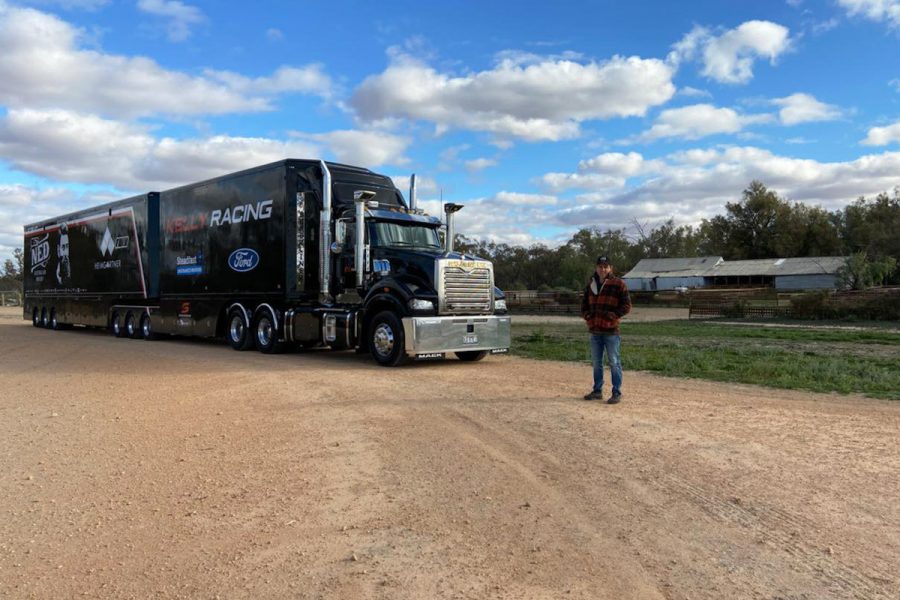 With remote guidance from Josh Webb of 1Percent Performance, Heimgartner has been the driving force behind the workouts.

“It’s been really cool to see some people in our team that have never really done exercise, like our data engineer Phil Le, he could hardly run to the other side of the paddock and back to start with and by the end he was smashing it out,” said Heimgartner.

“So yeah it has been really cool for me to see that, I think it has helped everyone to get to know each other as well.

“Luckily in the rush I managed to grab a lot of stuff from my home, so we have basic gym equipment which has been really good.

“We’ll just chuck it in the bottom of the coach and take it to our next location, so basically we have got a portable gym.”

Kelly Racing’s hopes of an improved showing at SMP were dented by having to shelve engine lightening works until they can return home.

Heimgartner placed 15th, 10th and 15th last month at Eastern Creek; while he’s not anticipating a dramatic rise, he feels gains could still be found on the set-up front, not to mention capitalising on limited tyre allocations.

“I think this new [tyre] strategy obviously gives different people opportunities and that includes us, so there’s no reason why we can’t get a good result at some stage during the weekend,” he said.

“But yeah, looking forward to moving onto a different track that doesn’t have such long radius corners.”

With an approximately 1000km roadtrip from the farm to Eastern Creek, many more miles are in store for the team, who will enter a southeast Queensland hub after this weekend.