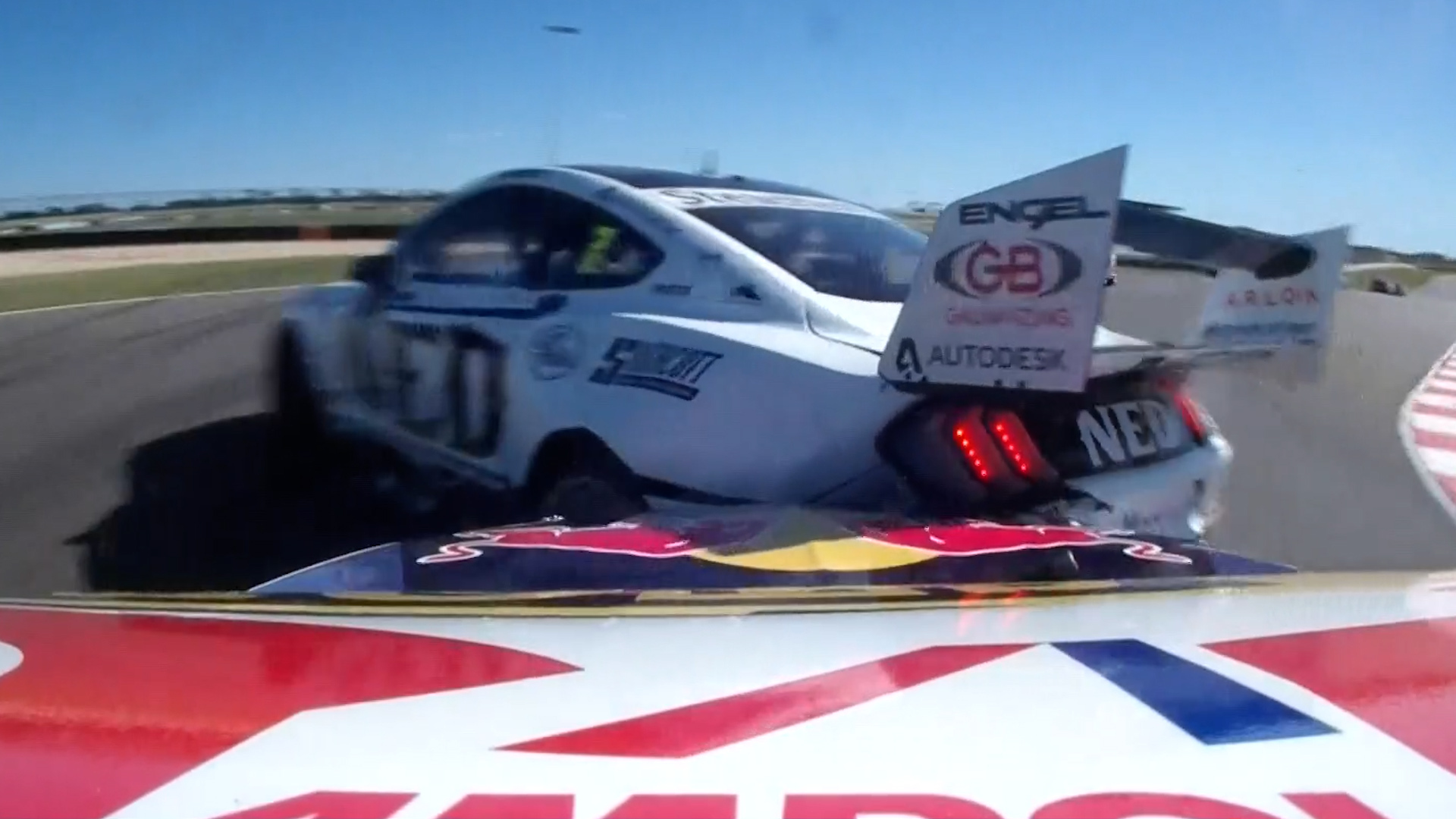 Having been part of Supercars history in Sunday’s opening race at The Bend, there was no love lost between Kiwis Shane van Gisbergen and Andre Heimgartner in the second encounter.

Heimgartner’s hopes of a second podium from as many starts in Race 27 were dashed on the opening lap when an inside pass on van Gisbergen left the Mustang in a spin.

Contact from van Gisbergen’s right-front to Heimgartner’s left-rear turned the NED Mustang left as Heimgartner attempted to take sixth place down the inside of the right-hander.

Van Gisbergen was dealt a 15-second penalty for the contact and later apologised to Heimgartner, which was little consolation to the 25-year-old.

“It’s like anyone else, we don’t treat each other any differently, we just have more of a history, racing in New Zealand and stuff like that,” said Heimgartner.

“I’m pretty disappointed, it was a pretty silly thing to do that early on in the race.

“He said sorry, which doesn’t get my spot back, but at the end of the day it is what it is. We just had to come back from that and did a good job.”

Heimgartner rejoined from the spin at the back of the field and carved his way up to sixth, before dropping to seventh as his tyres faded late.

Still, it completed a strong weekend for Kelly Racing, which had struggled with its still new Ford Mustangs across the consecutive events in Darwin and Townsville.

“It’s really a big relief,” said Heimgartner of the return to form, which included a fourth-place finish on Saturday and top 10 qualifying results for all three races.

“We’ve been searching a lot, the last round at Townsville was definitely tough. I think we qualified 20th in one of the races and were just scratching our heads.

“So to come here with this speed, all three races almost played out as we wanted, apart from the last one.

“But a great pitstop by the boys in that last one and then we managed to come up to seventh, so I couldn’t be much happier considering what happened.”

Teammate Rick Kelly also showed speed throughout the weekend, taking two sixths and an eighth from the three races.