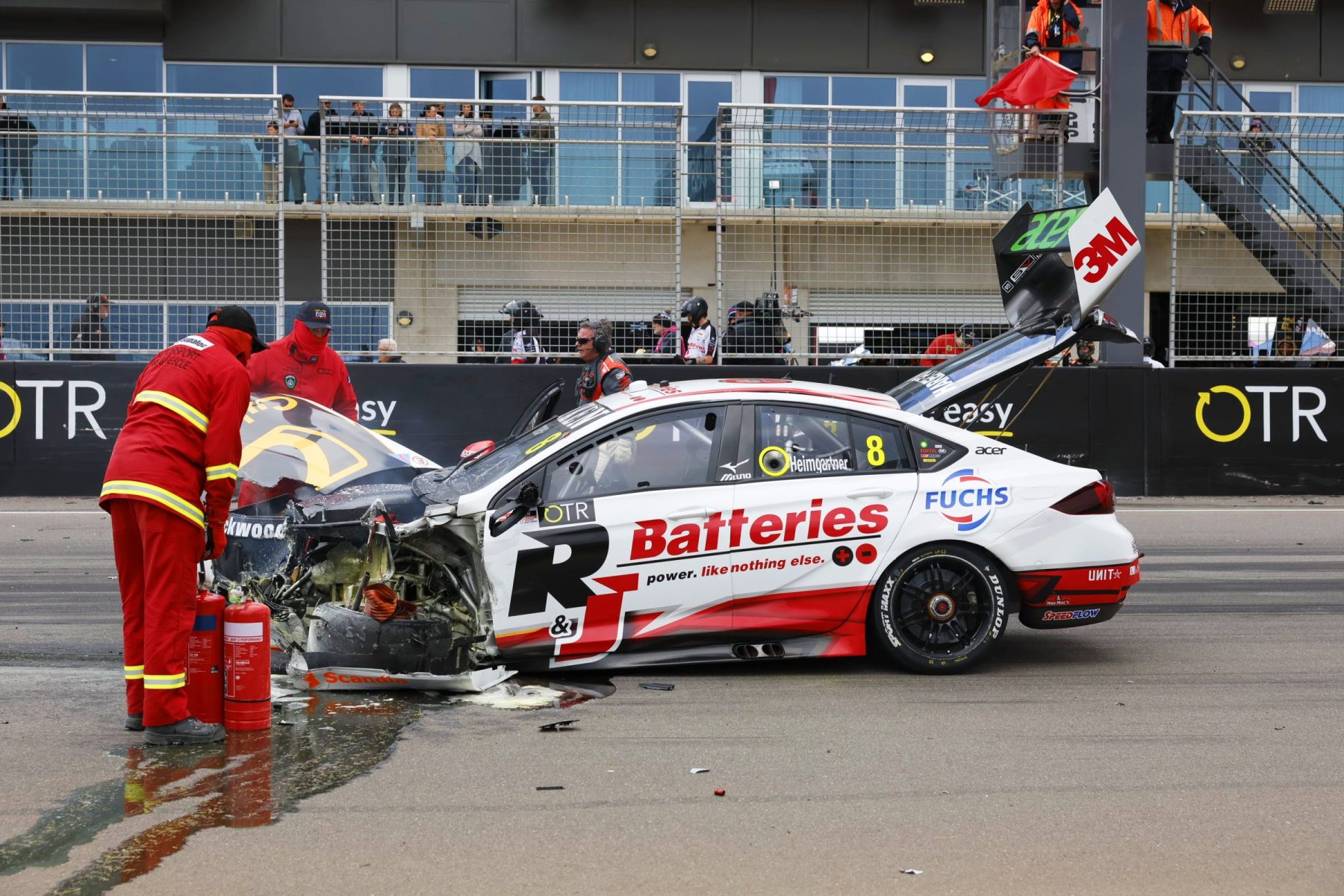 An unsighted Heimgartner hit Randle, who stalled on the grid.

The impact was registered at 38g; both drivers were taken to hospital and later discharged on the same day.

Cosgrove explained the roll hoop and chassis tunnel damage meant the car was beyond repair.

“We’ve had a lot of questions as to if this chassis will ever race again; the answer is definitely not,” Cosgrove said in a team video.

“All the bar work is extensively damaged… the tunnelwork is damaged.

“The main hoop is creased… sadly to say, she won’t see a race track again."

The car debuted at the hands of Nick Percat in 2020, and he raced the car to wins in Sydney.

Percat raced the car in 2021 before Heimgartner joined BJR this season.

Heimgartner scored podiums in Perth and Winton with the car.

The Kiwi will now move into a spare car, with several parts salvageable from BJR 012.

Randle has also shifted into a spare car for Sandown as Tickford Racing repairs his damaged car.

Randle will race the chassis Zak Best campaigned as a wildcard in Darwin and The Bend.

Best scored a shock pole position on the Saturday at the OTR SuperSprint in the car.