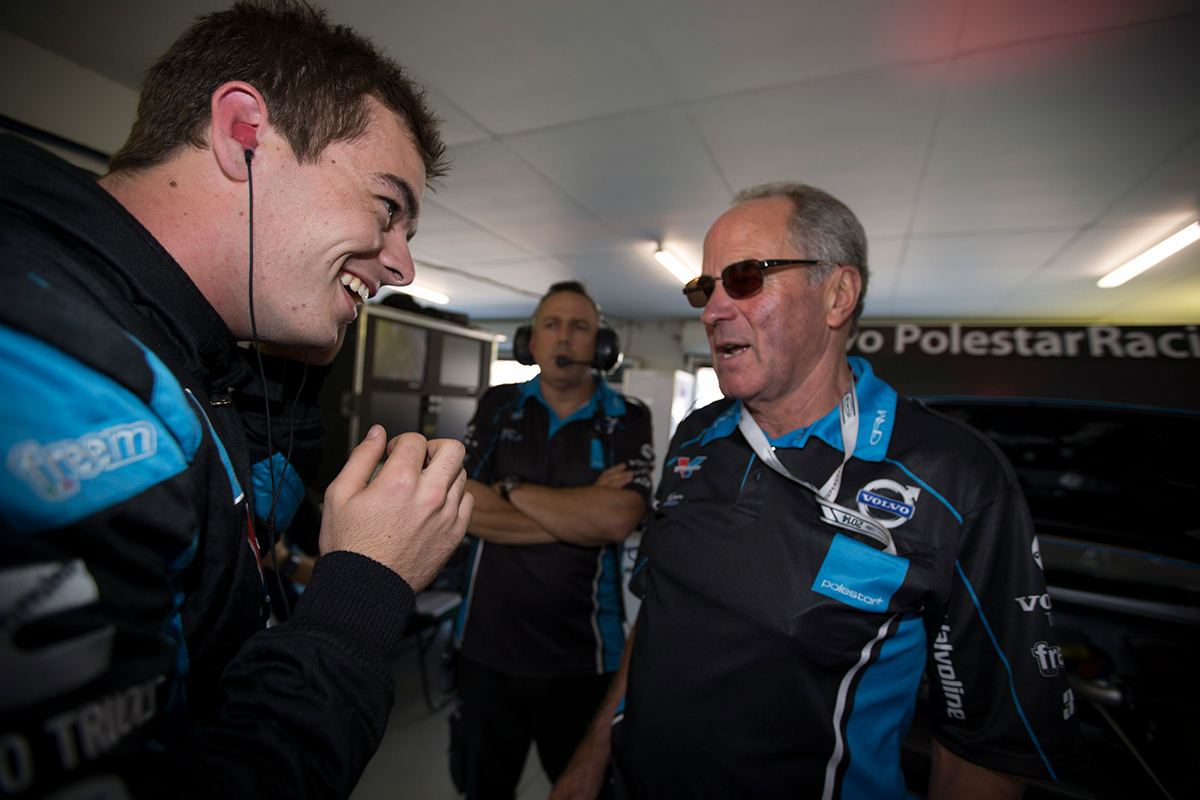 A host of drivers given their first chance in Supercars by Garry Rogers Motorsport have expressed their sadness over the team’s impending exit from the category.

Rogers announced via in an emotional speech that his squad will not continue beyond 2019, ending a 24-year stint in the class.

Rogers’ legacy in Supercars though will stand as his willingness to give young drivers a shot, bringing a host of future champions and Bathurst winners into the championship.

Those given their first full-time chance by the team also include Lee Holdsworth, Michael Caruso and current GRM driver James Golding.

Your a good egg mate. A sad day for Supercars and GRM. Garry, thanks to you and your team for all you did for me in the period I raced for you all. You were a crazy boss but someone that we all respected. Sad to see you guys go, but I am sure you will be around in the future! Thank you for my start, and creating this wild ride for me! As we always do, I can’t wait to sit down have a beer and shoot the shit! #VASC

“I’m really saddened,” McLaughlin told Supercars.com following the announcement, having moved from GRM to DJR Team Penske at the end of 2016.

“Outside my family, Garry would be in the top three most important people who influenced my career. In terms of Supercars, I put him above everyone. He gave me my chance.

“He brought in so many good people over the years, not only drivers, but fantastic workers in the sport who have gone on to bigger and better things.

“He’s not afraid to give people a chance, that’s one thing I’ll always be incredibly grateful for from Garry.”

I am gutted to see that Garry’s time in @supercarschampionship has come to an end. The man and team that gave me and so many others the first opportunity in the sport, my first full time drive, first podium, first win, first pole, thank you for everything Garry and @grmotorsport #GRM

It is so sad to hear the news that Garry and his team are departing Supercars this season. I for one would not be where I am today without him giving me my start in 2008. Not only is Garry known for believing in the young guns but for supporting so many within his team and treating them like family. Thanks for all your support and for the memories Garry, you’re a legend and the category will not be the same without you. MC #ThanksGarry

@supercarschampionship Bathurst 1997 driving with Dad. @grmotorsport gave me my shot and I haven't looked back. What a massive team they have built over the years and how many young guys that Garry has supported. It's a real shame that we won't see them in the Championship. Thanks Garry

The things you learn in your apprenticeship, stay with you forever! Thank you for the memories GRM family.....

While known as a jokester, Rogers has also proved ruthless on occasion, famously sacking Whincup after a difficult rookie season in 2003.

More recently, Tander was a shock departure ahead of 2019 when a sponsor shortage was filled by Boost and its driver Richie Stanaway.

Rogers' approach has also included many of his young drivers - such as former apprentice McLaughlin - working on the cars they drive.

“When I first met him I was terrified of him, but when he realised I could half-steer he gave me a chance,” explained McLaughlin.

“It was basically a six-month deal [for 2013]. Garry could have gotten rid of me at any time, but once I won my first race there was a three-year contract on the table.

“That’s how he works. He gives you a chance but not too much rope, so you’ve got to dig in and really do something. 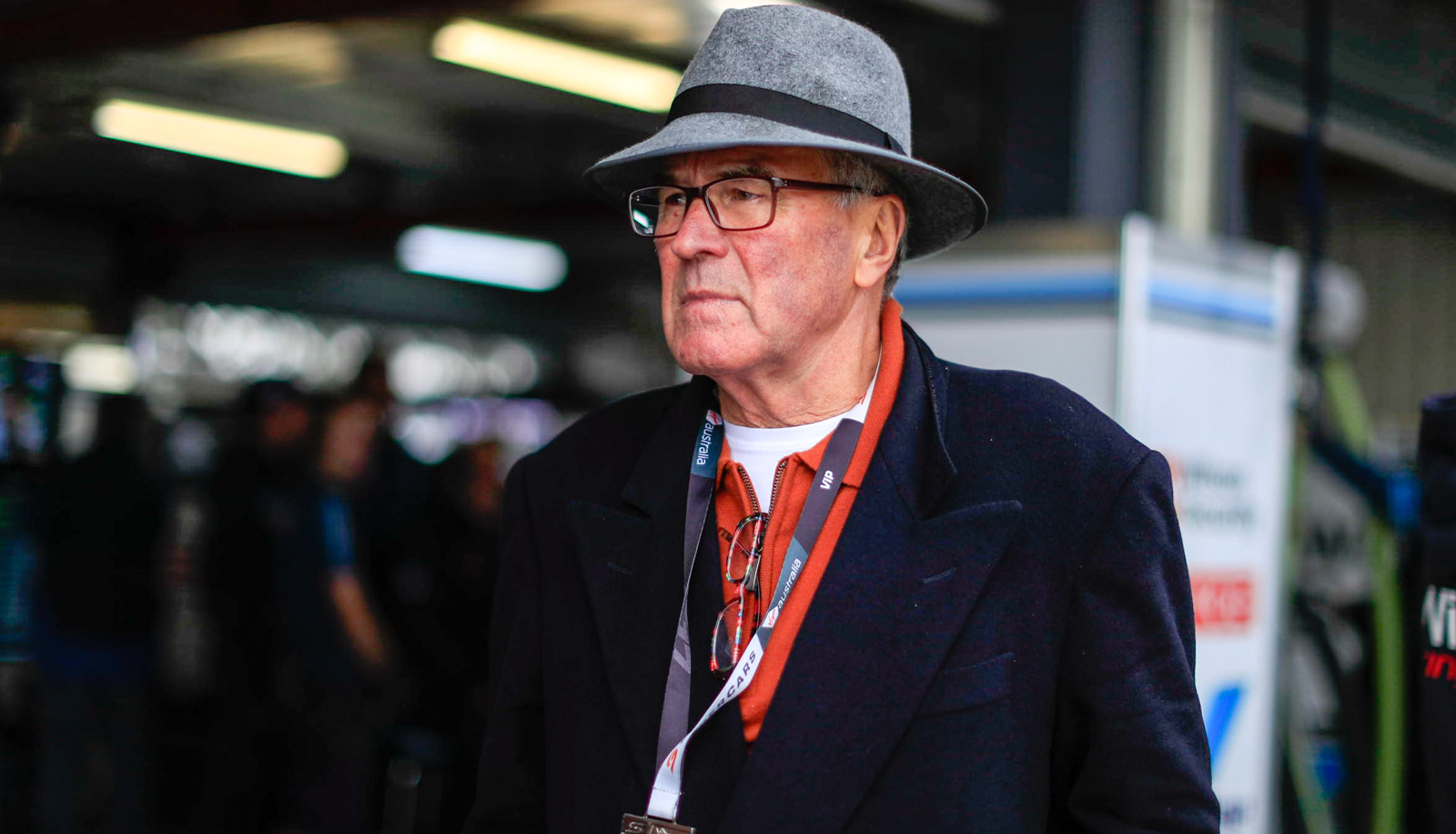 “One thing he taught me that has stayed with me through my career is that you get what you’re given.

“No matter if you have a bad car or a good car or whatever, you drive that thing as hard as you can. What will be will be.

“That’s how I’ve tried to carry myself, to make the most of my bad days, and a lot of that is because of what Garry taught me.”

During his announcement speech, Rogers pointed to the Bathurst win in 2000 with Tander and Bargwanna, and the era with McLaughlin and Volvo as his highlights.

GRM will continue as a racing team beyond 2019, carrying on its commitments in other categories.