Todd Hazelwood was "ecstatic" to set the third-quickest time in the ARMOR ALL Top Ten Shootout in Townsville on Sunday.

Hazelwood was the second driver to roll out in the shootout, and raised eyebrows with his 1:12.697s time.

The Brad Jones Racing driver looked set for a surprise pole as Will Davison, David Reynolds, Anton De Pasquale, Will Brown and Cameron Waters all failed to displace the #14 Pizza Hutt entry.

It was series leader Shane van Gisbergen who finally shifted Hazelwood, albeit by just 0.042s.

However, Hazelwood wasn't disheartened to miss out on a second career pole.

"It’s awesome, great kudos to the whole team at BJR, and a second-row lockout with Nick alongside me, so I’m super ecstatic," he said.

"We had a tough run yesterday with the power steering issue, but we had a really strong race pace. 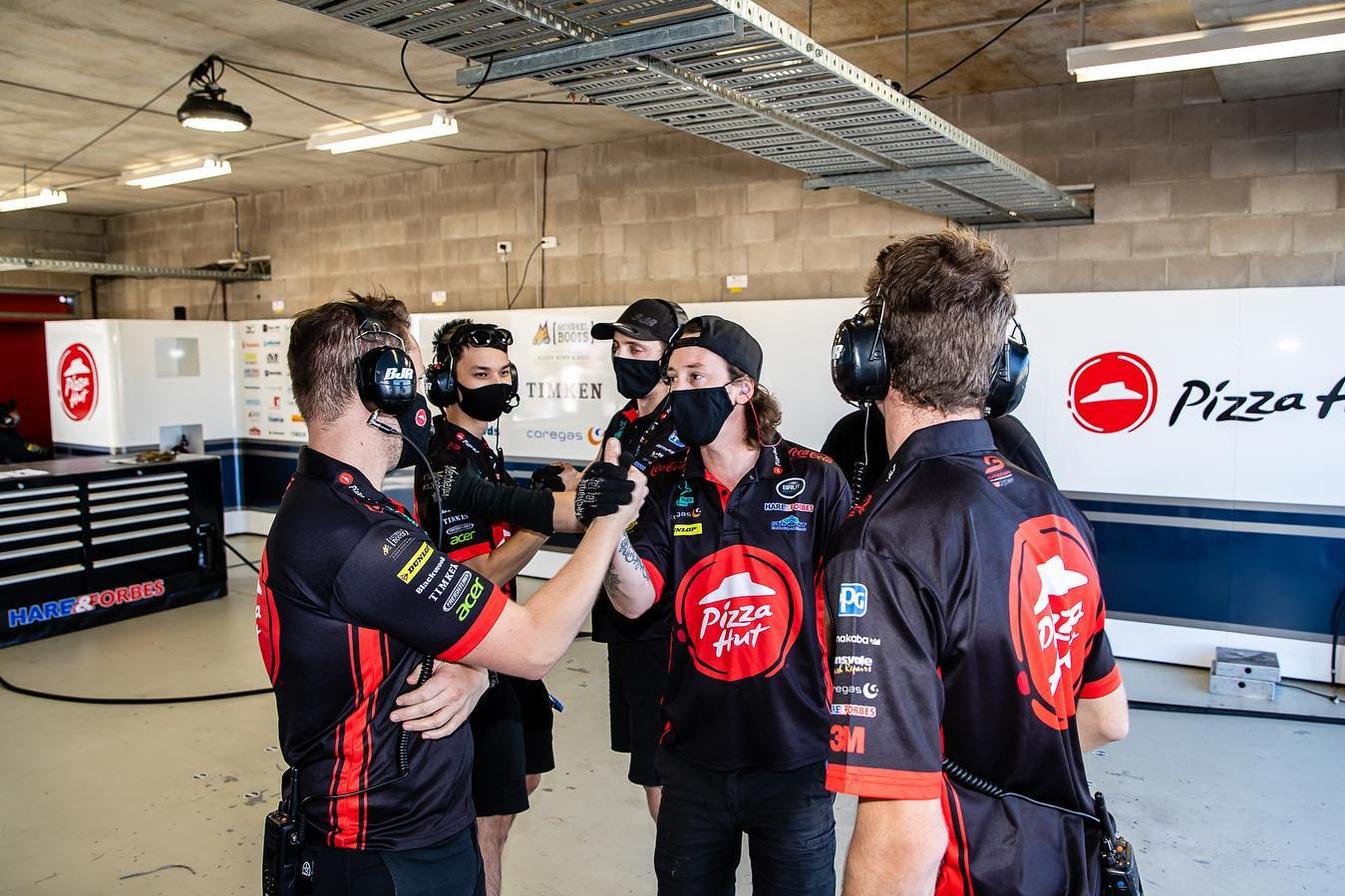 "So, looking forward to what we can do this afternoon."

It was a marked improvement on his Saturday one-lap pace, with Hazelwood qualifying 19th for Race 15.

He was one of the biggest movers of the 88-lap race; he climbed eight places and loomed as a top 10 heavyweight before a power steering issue derailed his progress. He would finish 22nd.

His Sunday sensation came at the venue he scored a maiden Supercars pole position last year.

"I heard [Tim] Slade’s lap time and I thought the track but be pretty average," he said.

"I tried to keep the car pretty straight for the out lap and keep the brake temperature for Turns 2 and 3 knowing that was going to be my strength.

"We were pretty strong in the first sector, so I had to make up as much as I could under brakes because I didn’t know what I had on drive with the old tyres.

"So, I sent it under brakes.

"I was surprised we were able to do that lap on old tyres, so that put an emphasis on where our race car is at and that showed yesterday."