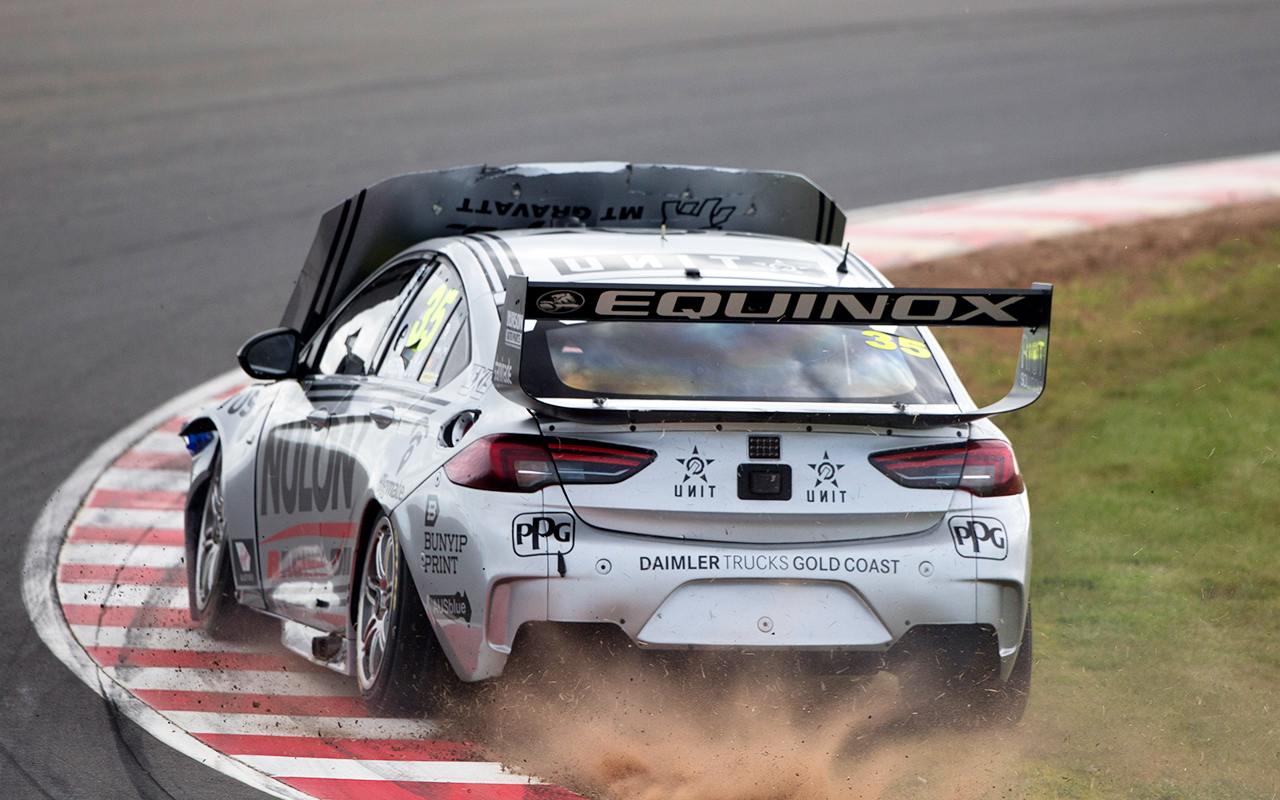 Todd Hazelwood came to The Bend hoping to fight for a top 10 result, but instead quickly found himself with a very different challenge on his hands.

The Matt Stone Racing driver was an innocent victim in a first-lap incident that put himself, Simona De Silvestro and Will Davison all out of the race.

Having made a strong start, Hazelwood was chasing down De Silvestro’s Altima when it abruptly met Davison’s Mustang that had been spun.

The collision caused significant damage to the front of Hazelwood’s #35 ZB Commodore and jolted its bonnet up across the windscreen, limiting visibility as he tried to limp back to the pits.

“Obviously trying to drive around with a bonnet in your face around the longest circuit is never ideal,” Hazelwood told Supercars.com.

“It was definitely a challenge, that’s for sure. I was trying to look out the side window and trying to reference off the white line around me.

“A couple of times I almost ventured off the track but we brought it back into pit lane, obviously just doing it at a safe speed.

“The biggest thing for me was I didn’t want to get caught up in the leaders coming the next lap around or anything like that, so fortunately we were able to get back to the pits in time before anything like that happened.”

It was soon apparent that the damage was too severe to return to the track, with the MSR crew facing a long effort to repair the car for tomorrow’s action – although at least the engine and radiator did survive the incident. 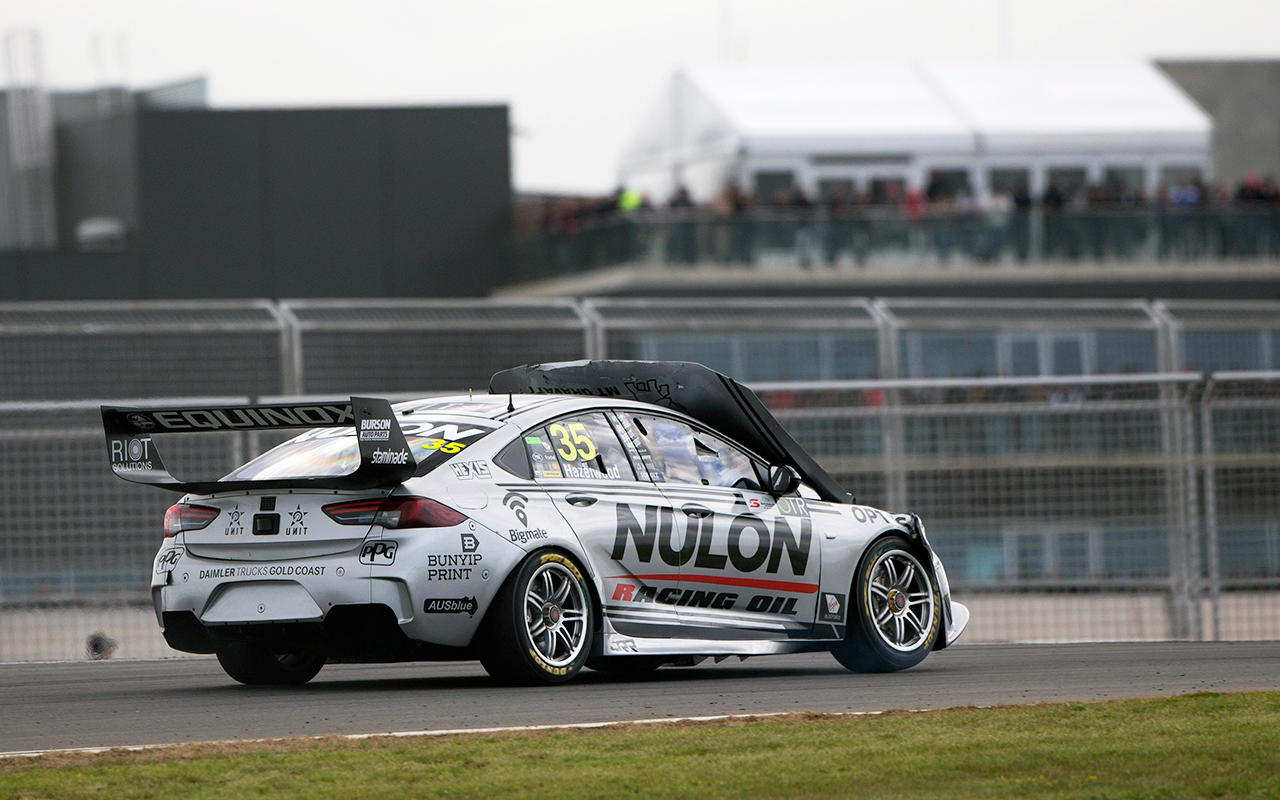 Hazelwood said missing a chunk of race data won’t make his Sunday mission any easier, but noted it was his responsibility to qualify better to give himself a better chance of dodging opening lap mayhem.

“We just didn’t do a good enough job [in qualifying], we were in the back of the pack starting 20th,” he said.

“In Practice 3 we were 11th and got a really good direction from the car and as I said we just didn’t maximise qualifying.

“I feel if we can get qualifying good tomorrow, hopefully we can be inside the top 13 or 14 and finish the weekend off nicely.”

Supercars will return to the track at 9am tomorrow for Practice 4.