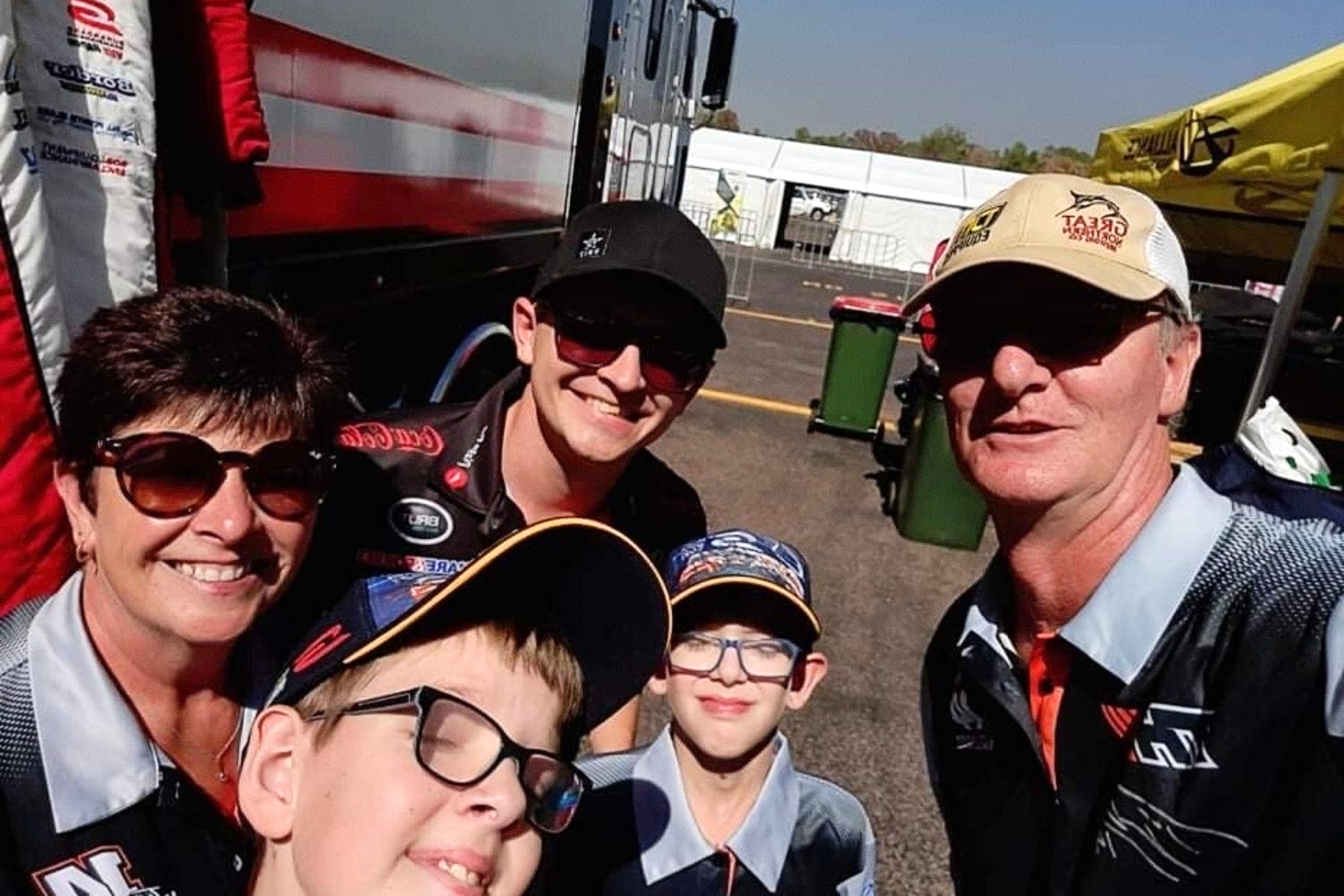 Todd Hazelwood has given two young fans an experience of a lifetime, surprising them with several special moments at the Merlin Darwin Triple Crown.

Brothers Riley and Keeran, who are both autistic, got up close with Hazelwood’s #14 Pizza Hut Commodore on a personal tour of the Brad Jones Racing garage on Saturday, followed by a grid walk ahead of Sunday’s finale.

While accompanied by their father Anthony, the boys first met Hazelwood at a signing session at Pizza Hut in Palmerston on Thursday evening.

Little did they know that when they arrived at Hidden Valley Raceway on Saturday, they would be leaving with some memories they would never forget.

“On Saturday I took the boys down for a pit walk,” Anthony told Supercars.com.

“We went past Todd’s workshop to have a quick look, and I had a conversation with who turned out to be Todd’s mum Sharon.

“Sharon offered me some T-shirts for the boys, then she said, ‘Since the boys are here, would you like to go on the tour of the workshop?’

“All of a sudden we got whisked away to do a tour of the workshop with Todd himself.

“He went all over the car, showed the boys inside the car and how things work. They were blown away by the generosity.”

But the surprises didn’t stop there, with the 2017 Super2 champion seeing the pair again on Sunday, signing T-shirts and posing for photos ahead of the grid walk before Race 14.

It was a much-needed moment of joy for the brothers, following their mother’s breast cancer diagnosis last year.

“It meant a lot to them,” Anthony said.

“I mentioned to Sharon at the time that during 2020, my wife was diagnosed with breast cancer.

“She’s in the clear now which is fantastic, but it was right in the middle of COVID, so the boys weren’t allowed to see her when she was in hospital for several months.

“This was a fantastic thing for the boys, it really kind of erases the time that they had the previous year." 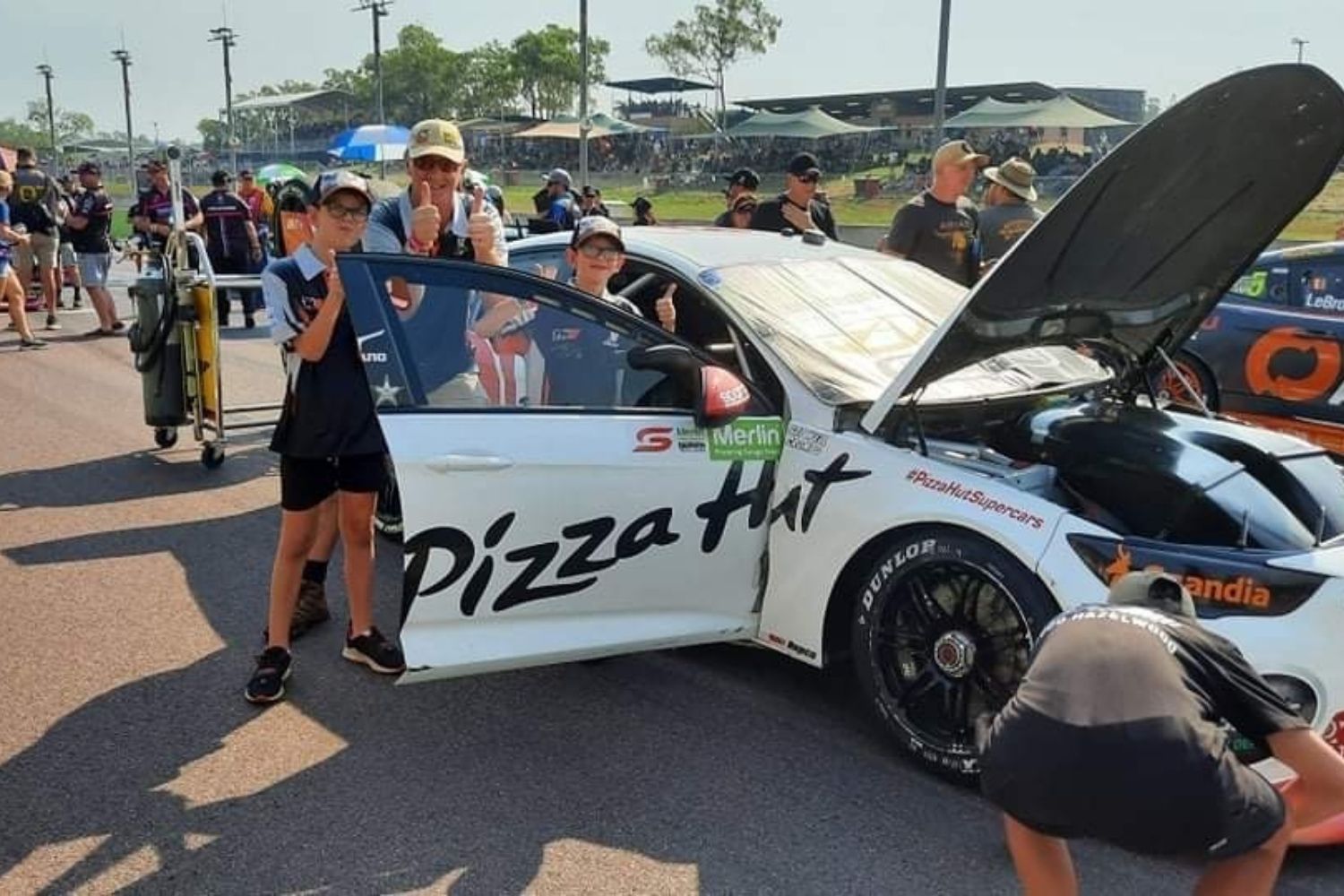 The brothers also attended the Darwin Triple Crown event in 2020, although coronavirus restrictions did not allow fans to access pit lane or select spectator areas.

Returning to Hidden Valley was a whole new experience last weekend, with over 38,000 fans descending on the Northern Territory circuit.

Despite the larger crowds and unexpected noises from pit lane, Anthony admitted his sons displayed the resilience they had built up from their time travelling around Australia.

“We previously had travelled around Australia for two years,” Anthony explained.

“It taught the boys resilience and change was normal, it also helped them get over some of their sensory challenges they had. 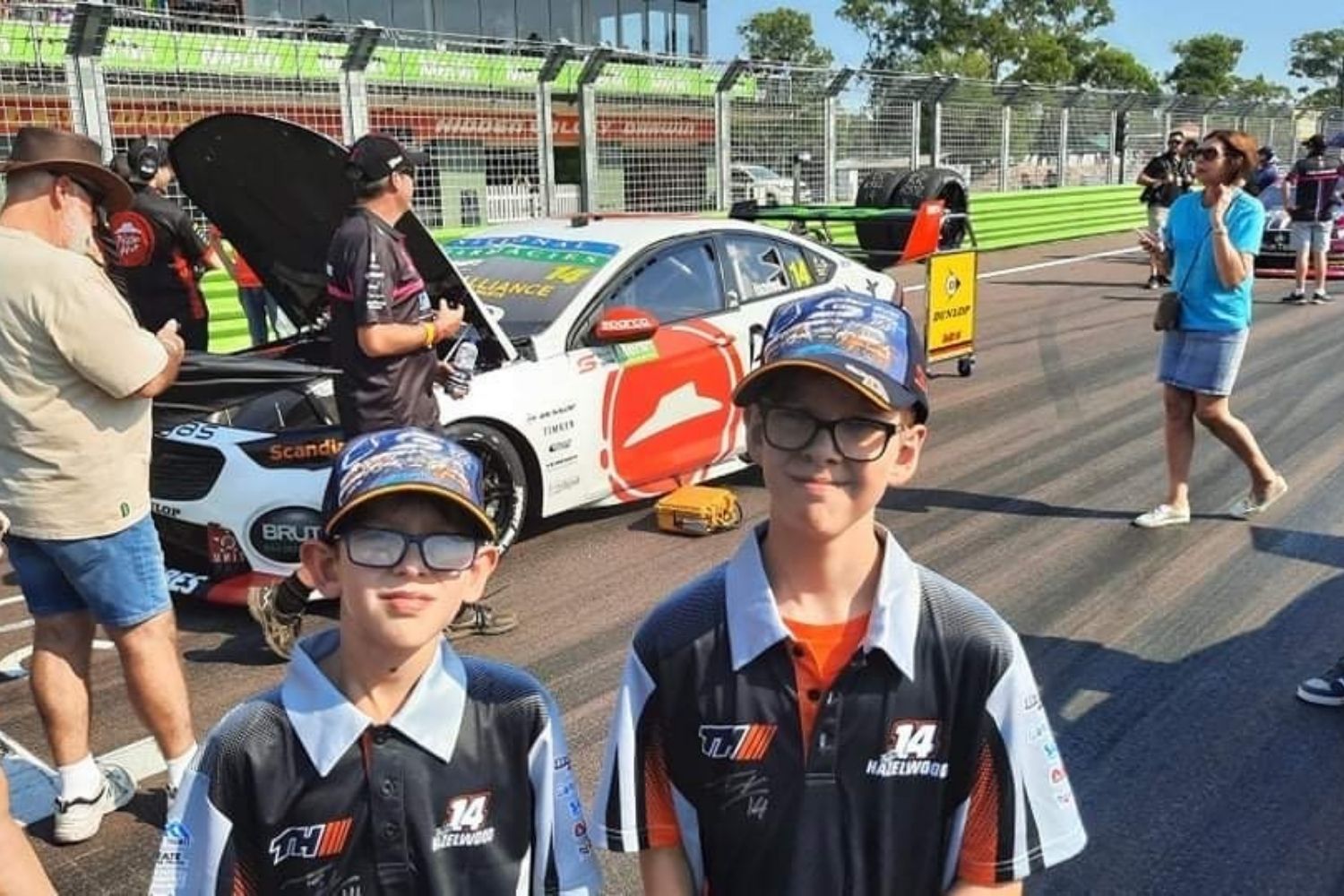 “It helped them dramatically, to the point where if there are loud noises, like there was in the workshop, like the rattle guns, they just automatically cover their ears.

“They handled it well. Some assurance for what was going to happen, but they did really well on the grid walk.

“They were seeking out Todd’s car, they couldn’t wait to get there.”

Despite a tough weekend for Hazelwood, he did leave Darwin with two mega fans.

“They are still talking about it,” laughed Anthony. 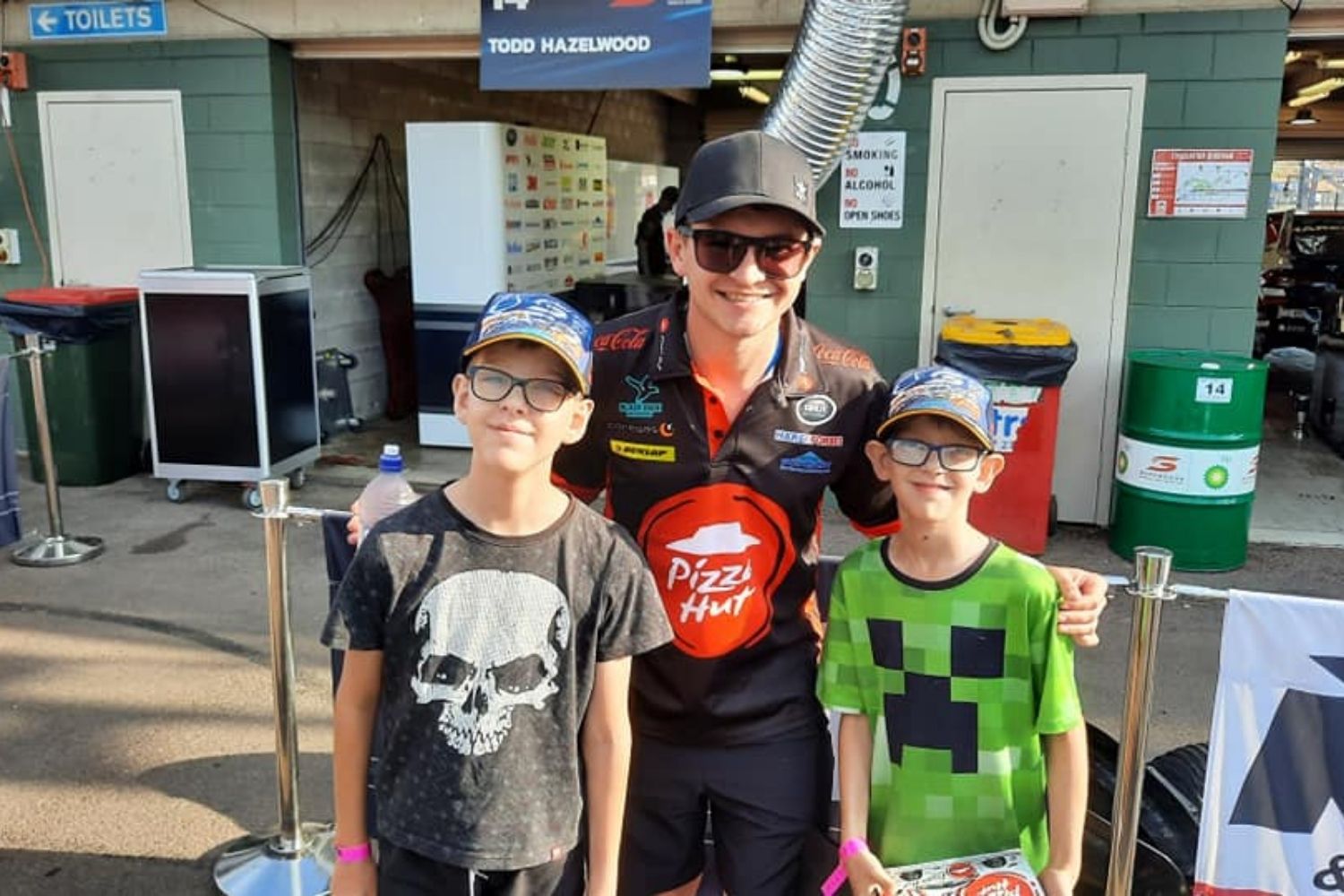 “On Monday they had an extra-long show and tell at school because they wanted to explain to all their classmates about what happened and who they met.

“They call it Team Todd now.”