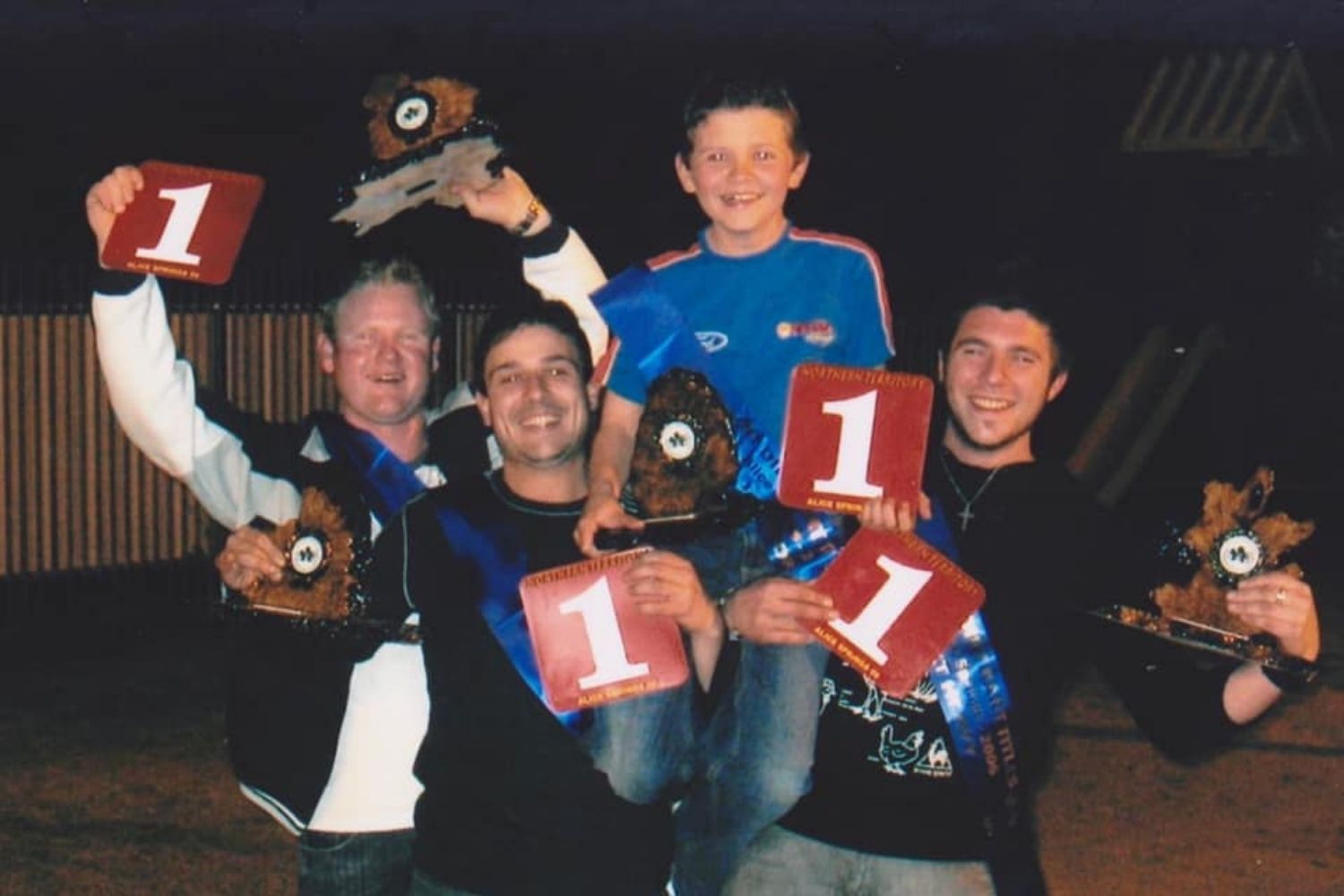 Todd Hazelwood has shared a defining moment from his childhood karting days, posting a photo of his first dirt kart state title.

Uploading the memorable throwback to his social media accounts overnight, the photo shows a 10-year-old Hazelwood celebrating with his team in Alice Springs.

Sharing the story behind the snap with fans, Hazelwood won his first Dirt Kart State title in the Northern Territory in 2006.

The South Australian began his career in dirt and sprint karting before stints in the junior-open wheel classes of Formula Ford and Formula 3.

The Brad Jones Racing driver celebrated his season-best result at last weekend’s WD-40 Townsville SuperSprint, with a fourth-place finish in the finale.

The 25-year-old finished in the top 10 in every race at the second event at the Reid Park Street Circuit.

It followed recording his best qualifying result of third, one week earlier, for Race 16 at the NTI Townsville 500.

Hazelwood celebrated his 50th championship round start at his hometown race of the OTR SuperSprint in May.

The Melbourne-based driver revealed he found time to go through the family photo albums while on home soil and reflected on his achievements.

The 2017 Super2 champion’s strong showing in Townsville has seen him climb from 18th to 14th in the championship standings, now the second highest BJR driver, behind eighth-place teammate Nick Percat.