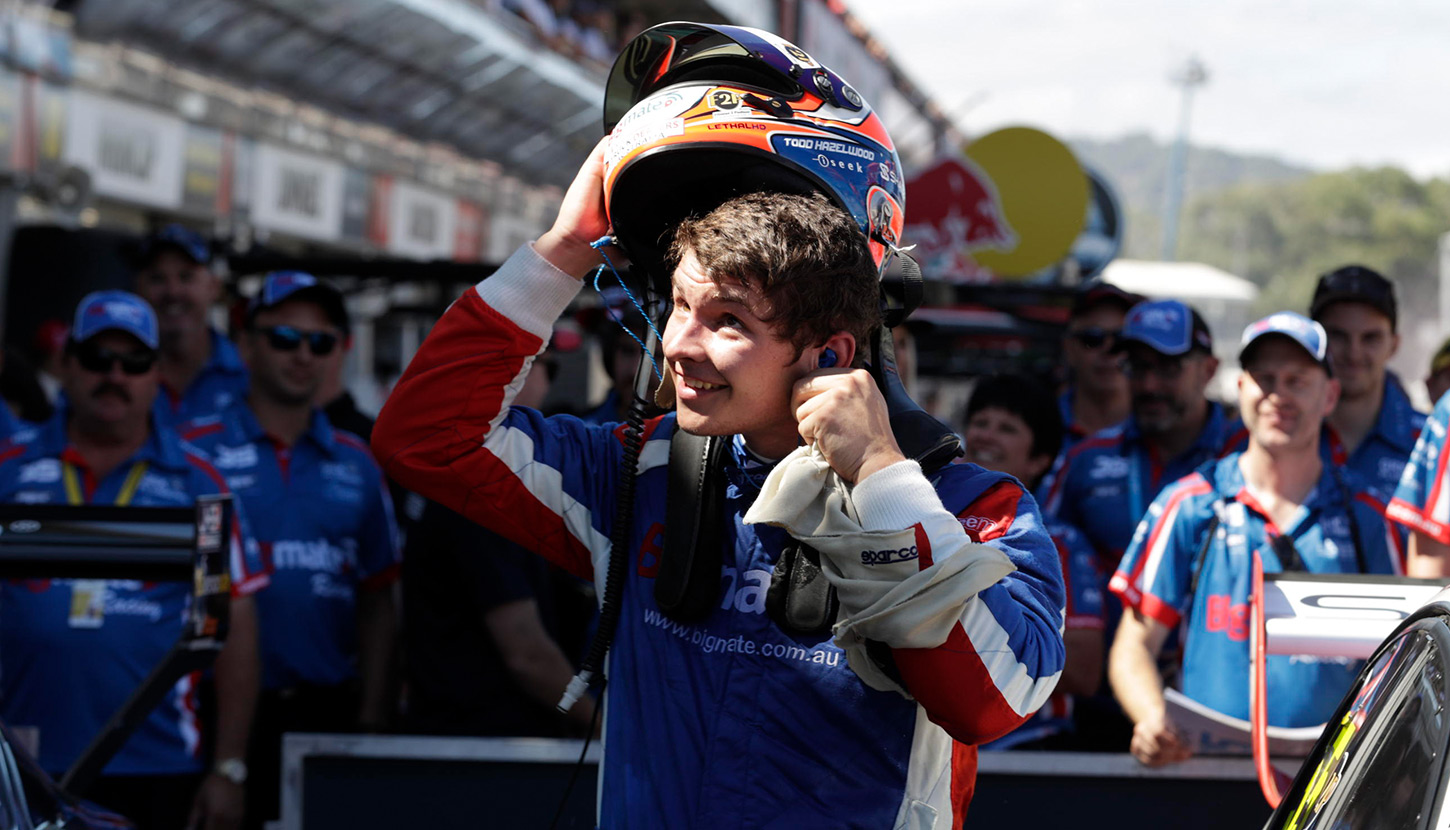 Team owner Matt Stone has confirmed his intention to field Hazelwood in at least one main series event under the Super2 wildcard program.

The 21-year-old South Australian is currently in his fourth Super2 season, taking a long awaited maiden victory on home soil at the recent Clipsal 500.

Super2 teams are being encouraged to enter wildcards at selected SuperSprint events this year as well as the Supercheap Auto Bathurst 1000.

Other teams to declare intention to run Super2 wildcards in up to two of the SuperSprint rounds include Brad Jones Racing, Garry Rogers Motorsport and MW Motorsport.

MSR’s wildcard would utilise the ex-Craig Lowndes Triple Eight chassis that Hazelwood debuted in Super2 at the Clipsal 500.

“We’re working towards doing Queensland Raceway, which makes sense for us being our home round,” Stone told Supercars.com.

“It’s a good introduction to the main game for Todd as well as a good stepping stone for our team.

“It was great for Todd to get the monkey off his back in Adelaide with a race win so hopefully we can keep that momentum throughout the year.”

MSR is also understood to be working on a Bathurst wildcard, pending Hazelwood’s efforts to pick up one of the few remaining co-driver seats for the Pirtek Enduro Cup.

An integral part of MSR is Matt’s father Jimmy, who was inducted into the Supercars Hall of Fame last year for his role in the highly successful Stone Brothers Racing outfit.

Matt worked for SBR as a mechanic before branching out on his own and says he’s aiming to build MSR into a full-time main series team in future.

“The long-term goal for our team is to progress into the main series,” he said.

“It’s just a case of when the opportunity lines up and we can put it all together.”

Stone expects that leading Super2 teams and drivers will be able to perform strongly as wildcards this year, despite the level of competition in the main series.

“As much as some people question him being there, Paul Dumbrell is a great benchmark,” said Stone.

“The competition is so fierce now. I think the top five in the Dunlop Series are skilled enough to be in the main game.“