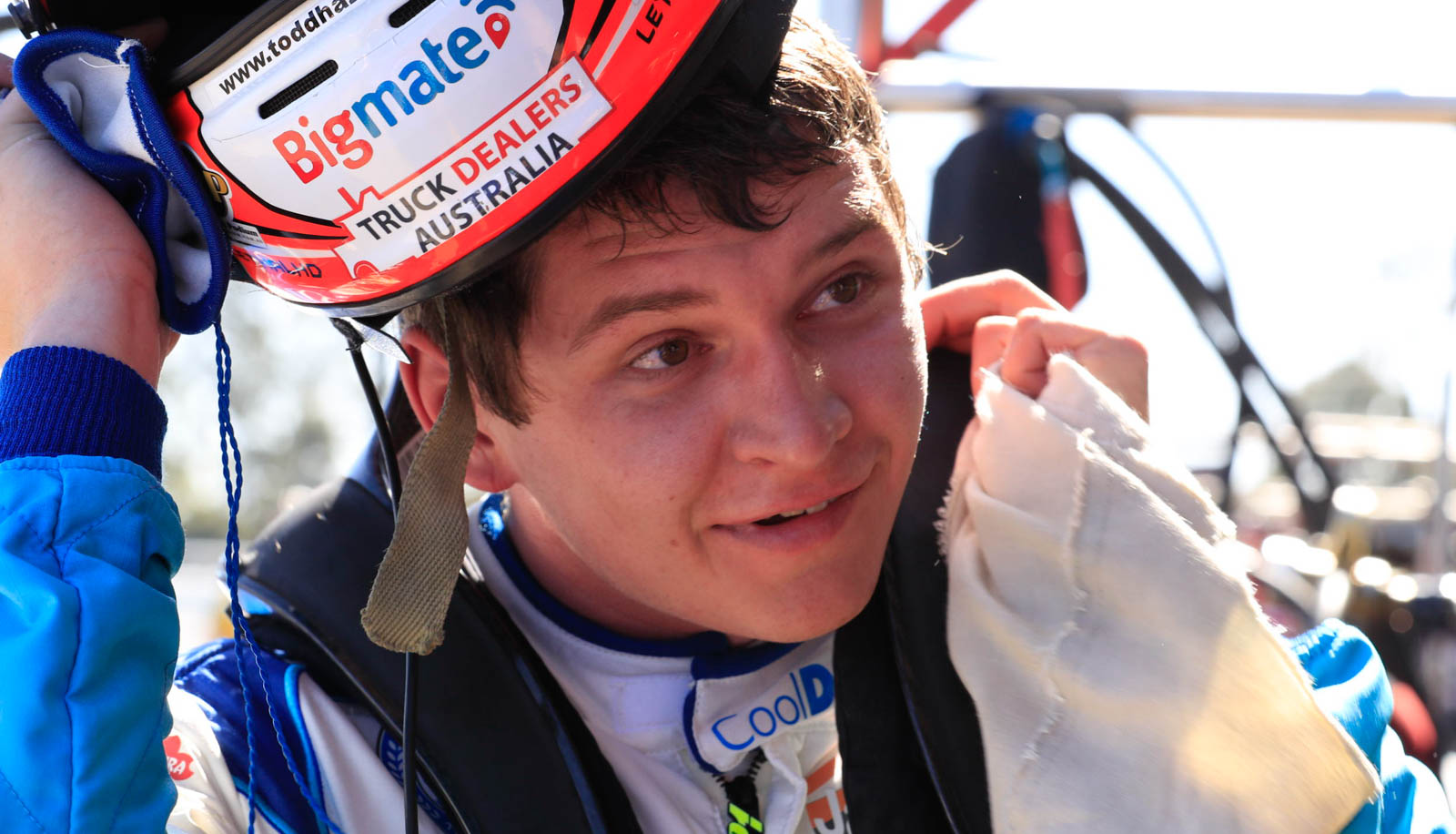 Todd Hazelwood says moving to the Virgin Australia Supercars Championship with Matt Stone Racing would be a ‘dream come true’, but is taking nothing for granted as he focusses on winning the Dunlop Super2 Series.

The 21-year-old South Australian returns to the second-tier at this weekend’s Red Rooster Sydney SuperSprint after making his debut as a wildcard at the Coates Hire Ipswich SuperSprint.

Currently leading the Super2 standings after a maiden round victory in Townsville last month, the coming weeks will also see Hazelwood make his maiden PIRTEK Enduro Cup appearance as a co-driver for Tim Blanchard.

Expectations that Hazelwood will graduate to the main series full-time next year have heightened following backer Jason Gomersall’s recent declaration that he is chasing a Racing Entitlements Contract for Matt Stone Racing.

Hazelwood is excited by the prospect of graduating to the top tier with his current team and supporters but cautions that such a plan is far from certain to come off.

“It would be the ultimate dream come true,” Hazelwood told Supercars.com of the prospect of moving to the main game with MSR and Gomersall.

“I’ve been very fortunate that I’ve been able to stay with the same team and same major sponsor for four years.

“I’ve always believed in keeping your group of people small but having good people around you. I’m very fortunate to have that.

“It would be great to see the Stone family name back into the championship, but we’ve got a lot of work to do to achieve that yet. We’re assessing all our options at the moment.

“It’d be fantastic to be a part of the main series but the numbers are limited to get into the sport.

“Last year none of the top three finishers in Super2 stepped up to the main championship, which shows how hard it is to make that transition at the moment.

“For now we’re taking it race by race and my immediate focus is on Sydney Motorsport Park.”

Hazelwood impressed at Ipswich, twice qualifying as the top wildcard and racing door-to-door with several experienced full-timers on his way to 18th in the Sunday encounter.

The youngster says he learnt plenty at the Queensland venue, gaining useful experience of the 2017 tyre and twin-spring dampers not used in Super2.

“The wildcards were a fantastic opportunity for guys like myself to showcase what I can do,” he said.

“Hopefully it’ll open up the eyes of the other teams to what we’re capable of doing.

“I never doubted my ability. You’ve always got to believe that you can do the job otherwise it makes life very hard.

“For me the weekend was all about gaining respect in that field. You don’t want to go out there and knock anyone off the track, particularly as a wildcard.

“To gain one position back in the pack doesn’t gain you a lot but a mistake can make you look like a fool very quickly.

“For me it was about keeping the car nice and clean and if there were opportunities to take them.

“I wasn’t letting people through, I was still racing hard, and it was cool to be racing against Tim Blanchard because it shows we’ll have a strong pairing for the enduros.”