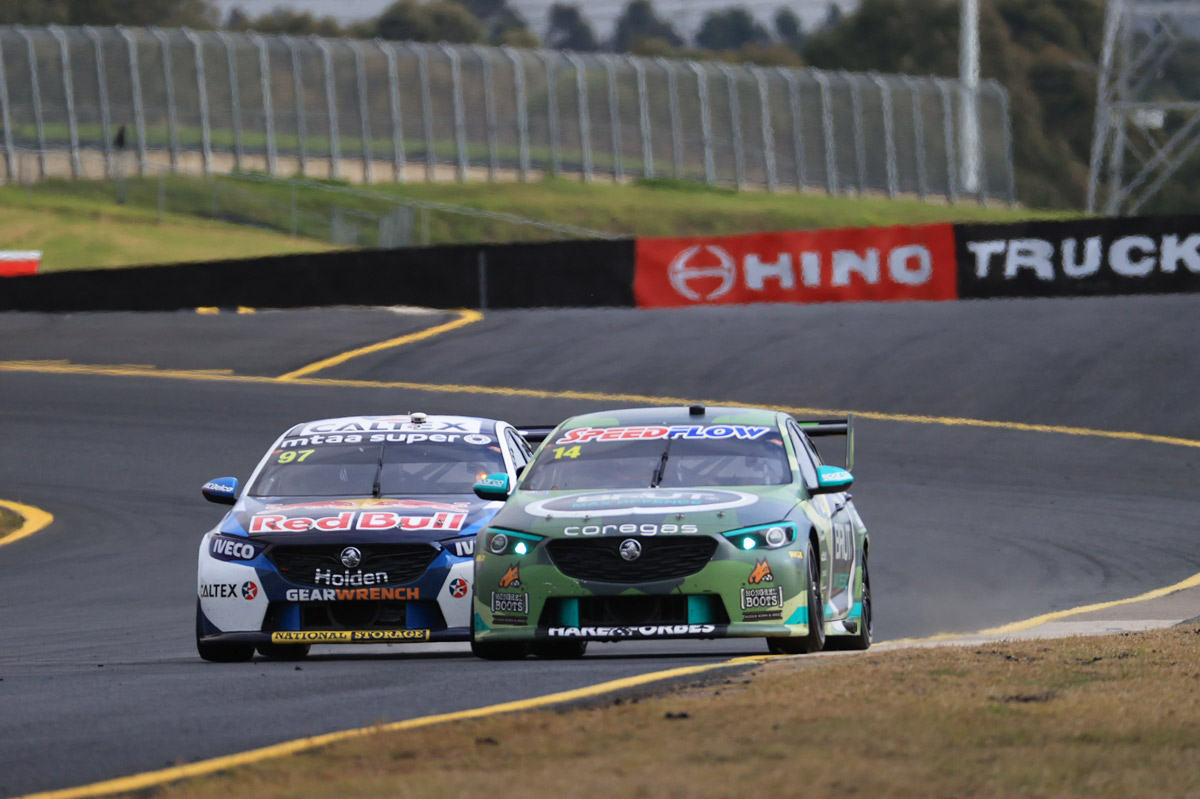 Todd Hazelwood felt he could win the final race at the BP Ultimate Sydney SuperSprint, before an anti-rollbar failure slowed his charge.

Brad Jones Racing had already enjoyed a breakthrough success in the day’s earlier heat; Nick Percat giving the squad its first victory since 2016.

With Percat having used the best of his rubber in that race, it was Hazelwood’s turn in the final as he looked to capitalise on a fifth-place starting slot.

Briefly leading by pitting after Whincup and eventual winner Scott McLaughlin, Hazelwood was not a factor in the race’s second half, eventually finishing eighth.

“I could taste the podium and potentially a race win in that final one, I was driving the wheels off the thing,” he said.

“But we had a failure with about two laps to go towards the end of that first stint of that final race.

‘“I was maxed out on my rollbars trying to get some balance back in the car.

“We had two good tyres and thought we were in a good position to capitalise on the opportunity but it just didn’t happen.

“It was the one that got away unfortunately, that’s the way it is.”

Hazelwood had been 11th and 18th in the weekend’s earlier races, now sitting 11th in the championship standings, four places behind Percat.