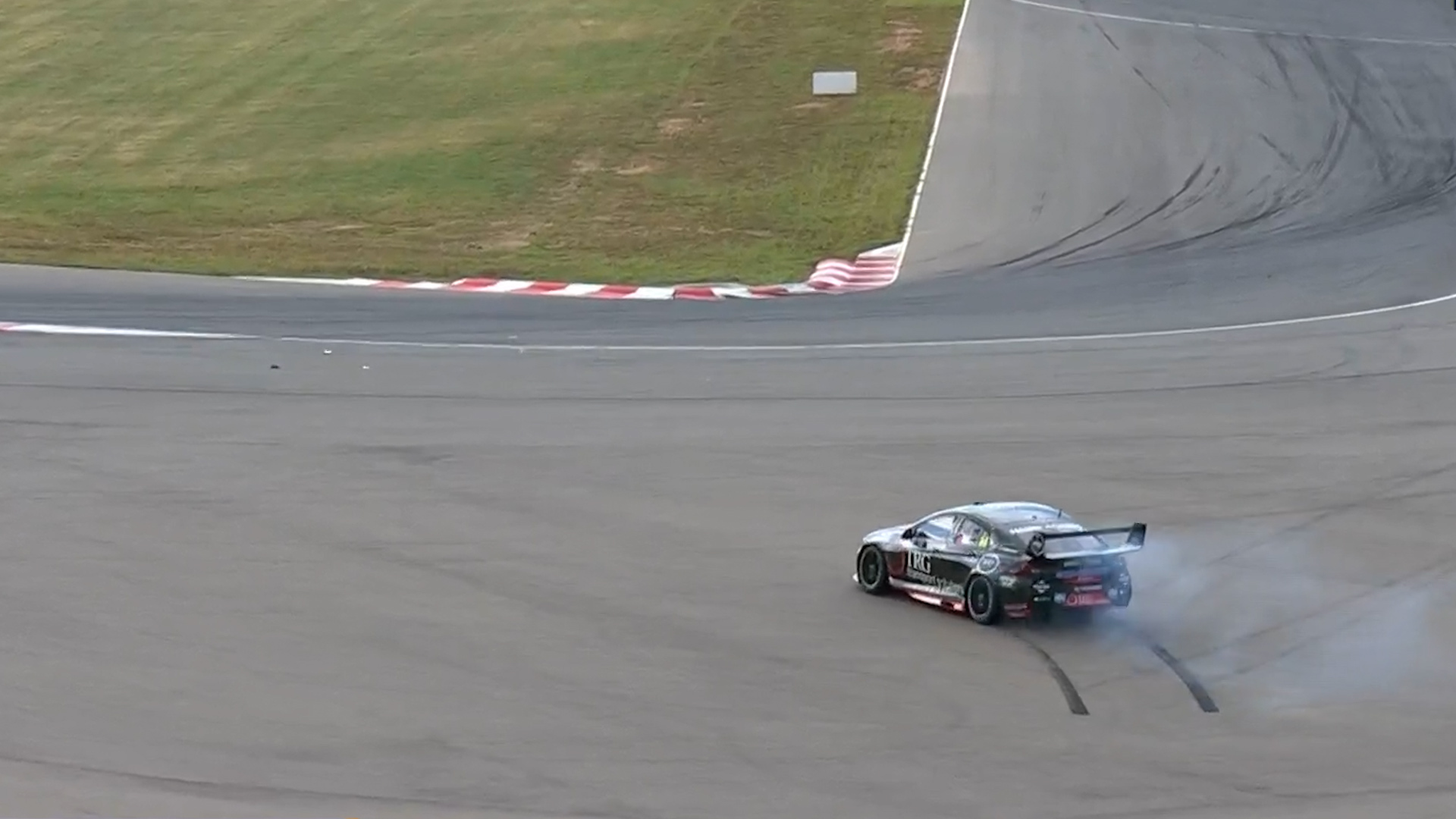 Todd Hazelwood has put an unusual solo spin down to overdriving after an eventful run to 19th in the opening race of the OTR The Bend SuperSprint.

Hazelwood ventured off all on his own in the run to Turn 6 on lap 16, with his Brad Jones Racing Commodore rotating far past the apex of the hairpin.

The incident came while Hazelwood was running in fifth, although yet to make his compulsory pitstop, with the 25-year-old accepting full responsibility.

“I just locked an outside left-front and it just pulled me left off the track,” said Hazelwood.

“I got out in the grey stuff and I had a spin for about 250 metres.

“It was the world’s slowest spin… just a young bloke trying too hard to make up lost ground.”

It followed another Turn 6 incident from back on lap four, when he made contact with Rick Kelly, resulting in a spin for the Castrol Mustang.

Hazelwood avoided a penalty for the collision.

“I was just down the inside and it’s really awkward because if you’re out wide and you try to close the door, you come at a really weird angle,” he said.

“I was up, the move was on and Rick tried to close the door and I was already there so there was nothing I could do.”

Kelly took a very different view, saying: “I got turned around.

“I sort of left the door open because he was a fair way back and he decided to have a go, which is good – I mean we want to promote passing in this field – but he just wasn’t far enough up when he hit me in the right-rear corner and spun me around.

“Anyway, we qualified back there, that’s what we get.”

The 2006 Supercars champion ultimately finished last of the 23 finishers, not helped by an engine issue at his pitstop.

“The engine went on a holiday as soon as we pulled up into the pit bay and it just didn’t want to start again unfortunately so we were parked there,” said Kelly.

“We were a long way back; we had really good race pace which is the one positive from it.”

Sunday Supercars action at The Bend begins with qualifying from 9:10am local time.