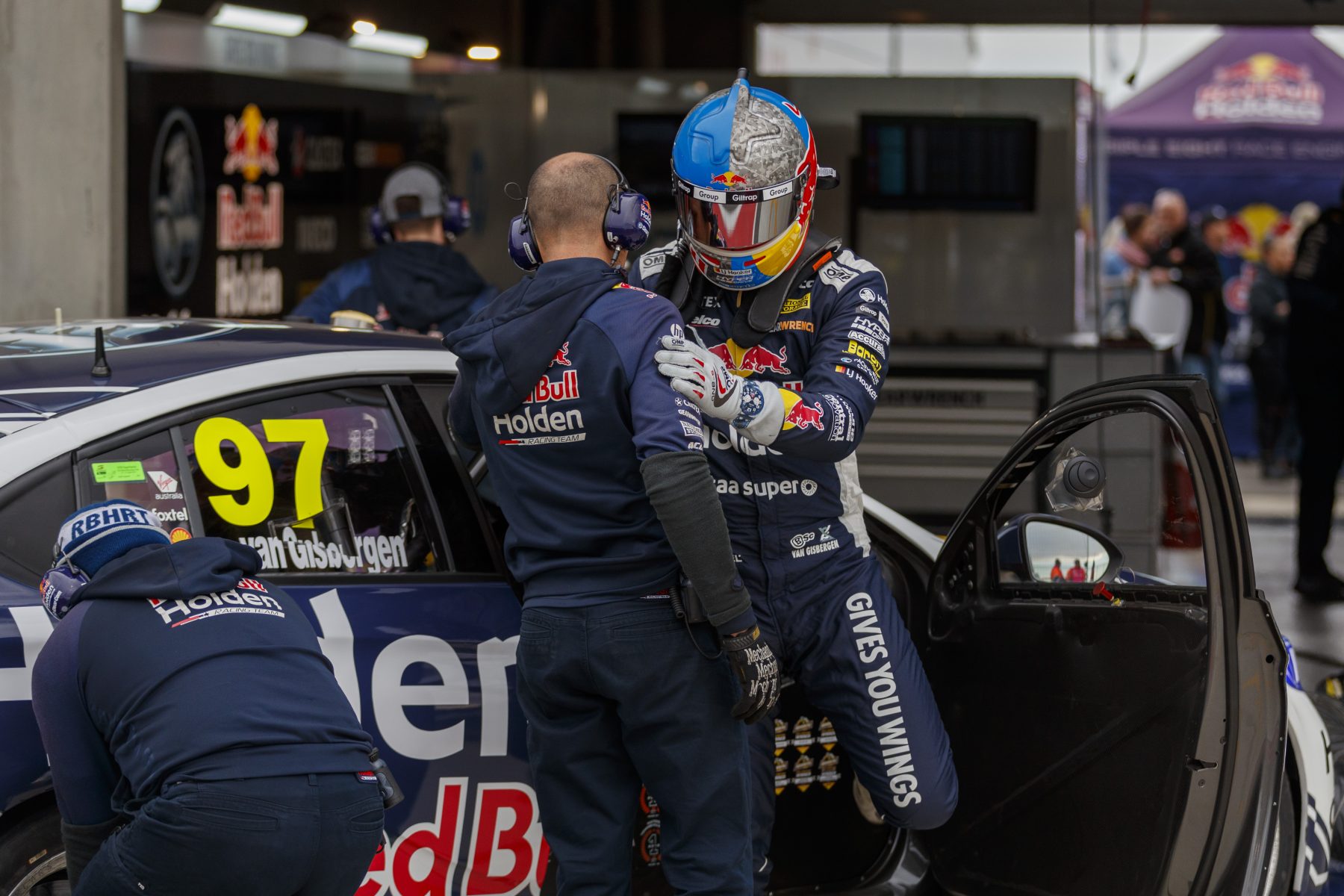 The damage has been limited; now the Red Bull Holden Racing Team and Shane van Gisbergen will knuckle down to have the #97 driver in a better position to contend at his favourite stop on the Supercars calendar.

Both van Gisbergen and team-mate Jamie Whincup battled poor handling throughout the weekend at The Bend – a circuit which they dominated at 12 months ago – as the former in particular took regular trips across the grass.

While Whincup seemed to make progress on the Sunday to qualify fourth, van Gisbergen was stranded in 16th, unable to piece together a competitive lap time.

He did, however, enjoy better fortunes in the race, making up 10 spots to finish directly behind his teammate.

“We sort of salvaged it a little bit and the team did a good job with strategy,” van Gisbergen reflected, having dropped to fourth in the standings although remaining within 43 points of second place.

“Got up there but certainly we didn’t have the pace. Well, we had pace but the car was very hard to drive for me and I kept making mistakes.

“Every time we didn’t have a car in front of us we were fine but the way this track is, you get within a second of someone and you just lose grip and you can’t pass.

“We were just trying to have clear track the whole time so it was a good strategy.”

Now a long-time Gold Coast resident, van Gisbergen considers the next round at Pukekohe Park Raceway, 55km south of the Auckland CBD, his home track.

Asked if he hoped the Pukekohe layout may be more favourable to his ZB Commodore’s characteristics, the 2016 series champion was not promising the world.

“You don’t hope for anything. We’ve got to come up with something that makes it better,” he said.

The ITM Auckland SuperSprint will be held across September 13-15.