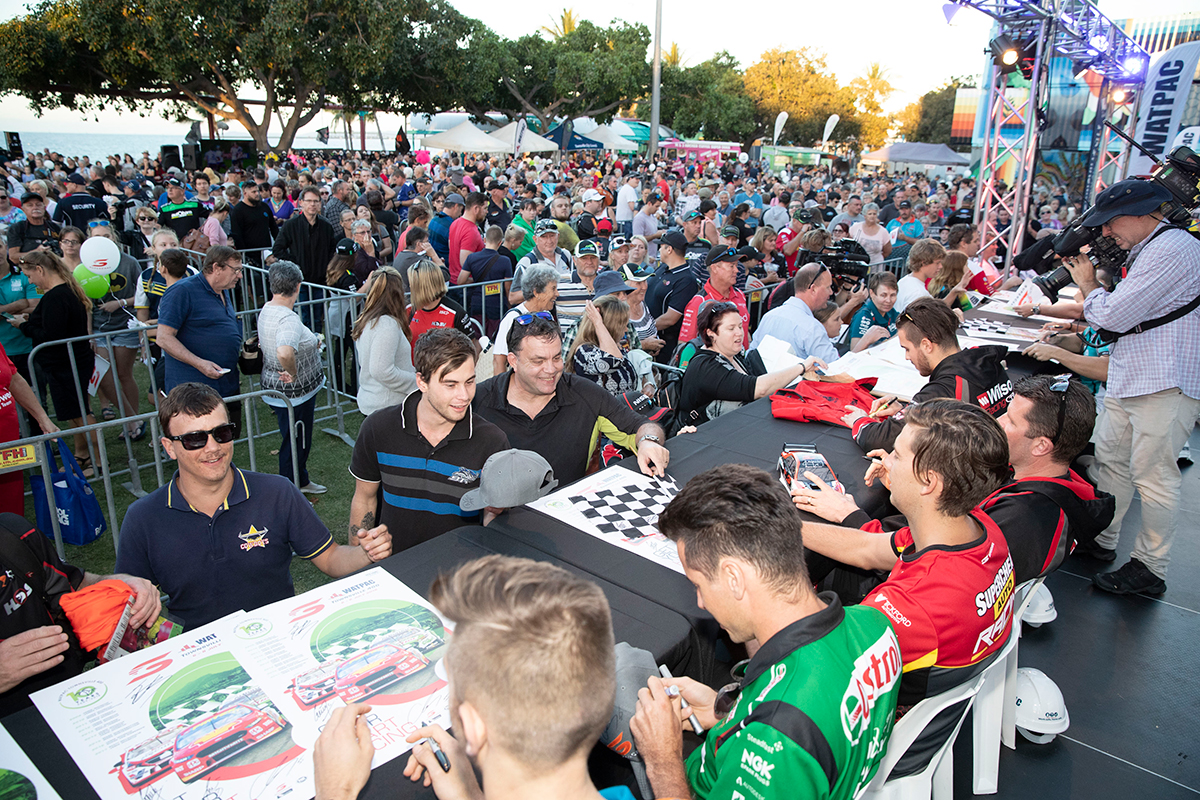 Fans will have the chance to meet and cheer on their heroes before the Coates Hire Newcastle 500, with an autograph session and a street cruise for drivers.

All 26 Virgin Australia Supercars Championship drivers will be at Gregson Park for the Hamilton Super Start-Up on Thursday afternoon, when fans will be able to grab an autograph before drivers cruise through Beaumont Street in classic cars.

The Start-Up will mark the beginning of an exciting weekend for the city, 12 months on from the spectacular first edition of the Coates Hire Newcastle 500.

The event has been organised by the City of Newcastle in conjunction with the Hamilton Business Chamber and Supercars, and will feature as part of Fox Sports' Supercars Trackside, which will be broadcast LIVE from Gregson Park from 4:30pm-5.30pm.

Jess Yates will host the show alongside Mark Skaife and Russell Ingall, with the team joined by championship contenders, Scott McLaughlin and Shane van Gisbergen.

The filming of Supercars Trackside is accompanied by an autograph session from 5-6pm, before the 15-minute cruise from Gregson Park to starts.

There will be free entertainment, food vendors and opportunities with the drivers, accompanying Newcastle's first driver parade.

“It will be a great afternoon at Gregson Park, starting with live production of Supercars Trackside and the drivers’ autograph session, followed by the cruise through Beaumont Street,” Coates Hire Newcastle 500 Event Manager Kurt Sakzewski said.

“We hope to see fans from right across Australia at the Hamilton Super Start-Up, to help kick off this year’s second edition of the Coates Hire Newcastle 500 in style.”

This year’s Coates Hire Newcastle 500 will be broadcast live on Fox Sports and Ten across the weekend.

Off track, there will be a night of entertainment on Saturday November 24, when Simple Minds, Birds of Tokyo and The Delta Riggs perform at the concert presented by Triple M Newcastle at the No.1 Sportsgrounds, Newcastle CBD.