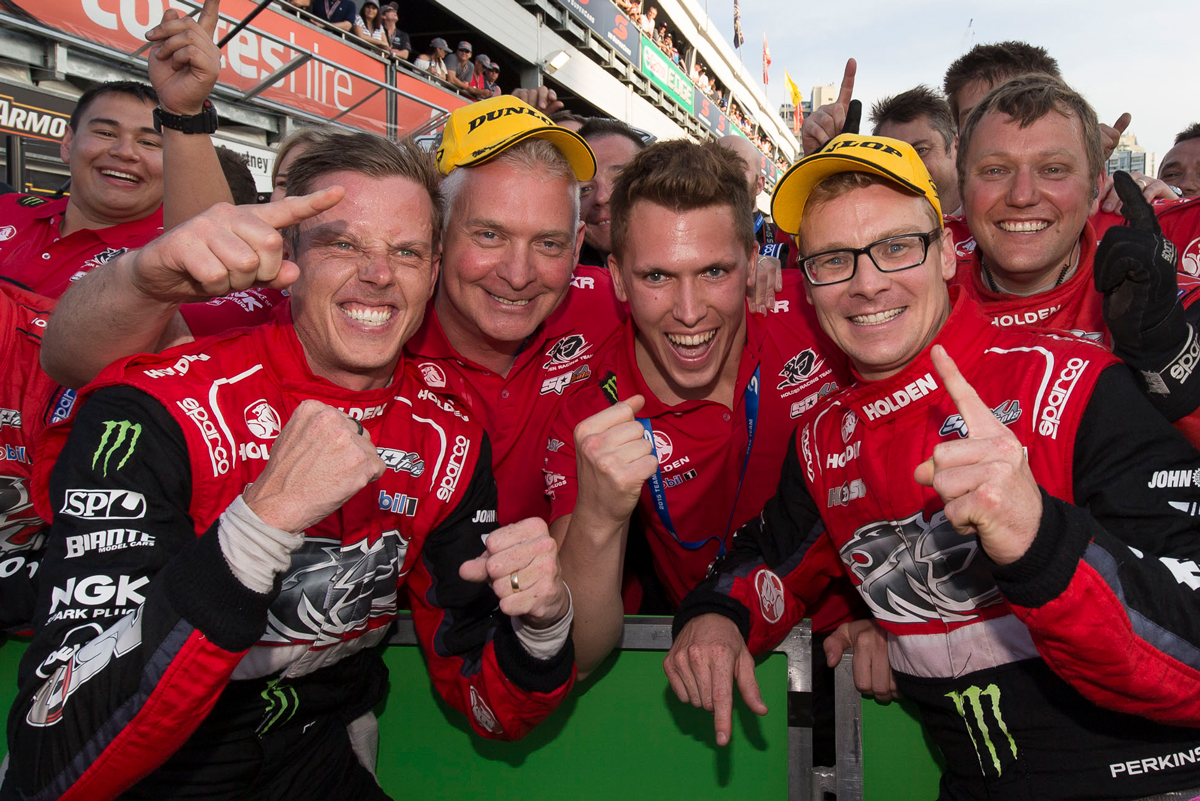 From trying to fill the shoes of Marcos Ambrose at Stone Brothers, to an unlikely title at Dick Johnson Racing and a long grind after crossing the floor to Holden, Courtney has seen it all.

His time at Walkinshaw has featured its fair share of setbacks, including a freak pitlane accident in 2015 that left him on the sidelines with fractured ribs and a punctured lung.

The incident occurred when a helicopter, performing a demonstration prior to practice at Sydney Motorsport Park, flew too close and sent pit equipment hurtling through the air.

While it was a devastating blow for Courtney, who was forced to sit out Sydney, Sandown and Bathurst, it also led to what he nominates as his standout race. 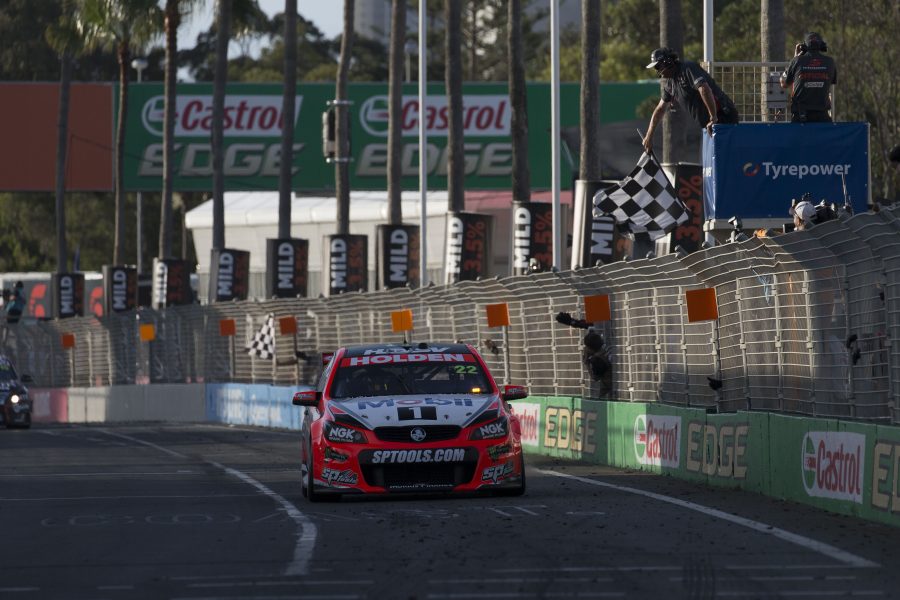 Just two months after the accident, and still under a fitness cloud, Courtney made the most of a clever fuel strategy to win the Sunday race on the Gold Coast alongside Jack Perkins.

It is one of 15 Supercars races won by Courtney, stretching from his first with Stone Brothers Racing at Ipswich in 2008 to his most recent with Walkinshaw in Adelaide, 2016.

“I was surprised when I heard the number was 400, it doesn’t seem like I’ve been here that long, but it’s an amazing milestone,” said Courtney, 38.

“I’ve been pretty fortunate throughout my career and met a lot of amazing people, built a lot of fantastic relationships. 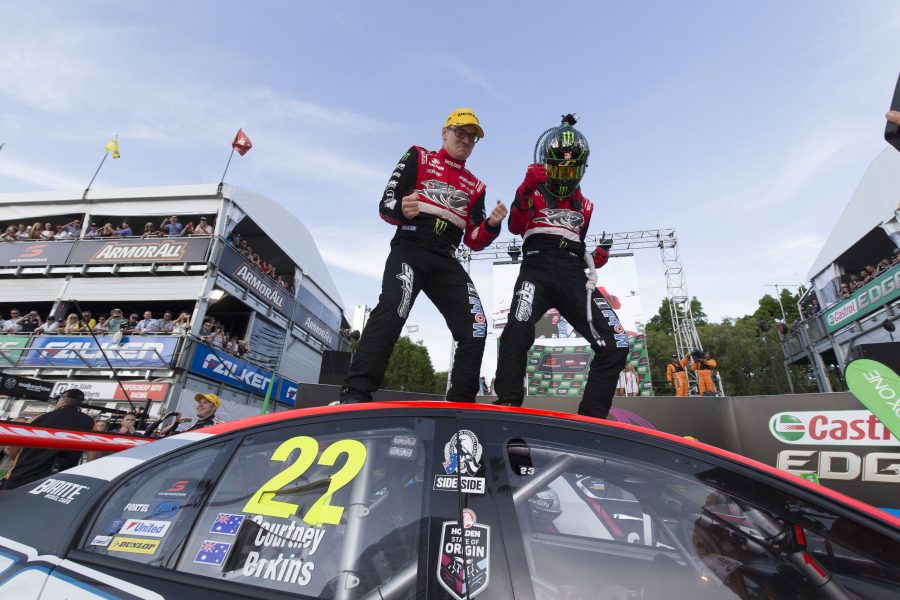 “I think probably the one standout race throughout that whole time was the win here (on the Gold Coast) with Jack Perkins.

“It was phenomenal. I’ve got a great history with the family, I’ve known Jack (for almost) my whole life.

“To win here and have his first victory for me after all the stuff that we’d been through before that event was one of the standouts in my Supercars career.”

Courtney’s connection to the Perkins family stretches back to his karting days, having received financial help from Jack’s father Larry early in his career. 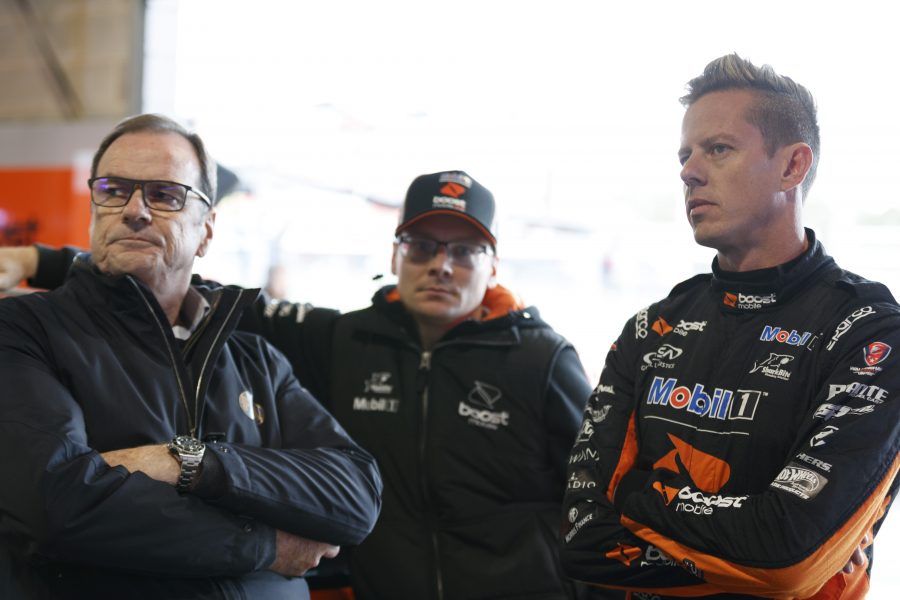 Courtney with manager Alan Gow and Perkins at Bathurst

Courtney hopes home turf on the Gold Coast will again bring a change of fortunes in 2018, following a heartbreaking Bathurst.

The #25 Holden proved fast but fragile, retiring on lap 34 of 161 with engine failure, while the sister #2 entry of Scott Pye/Warren Luff went on to finish second.

“It’s been a tough enduro campaign for us. To go out at Bathurst so early when we had such good car speed was heartbreaking,” said Courtney, who is 15th in the championship.

“Jack wears his heart on his sleeve, so for him it was pretty tough. He puts so much effort into it and for those guys, only doing three races a year, it’s pretty important they get a result. 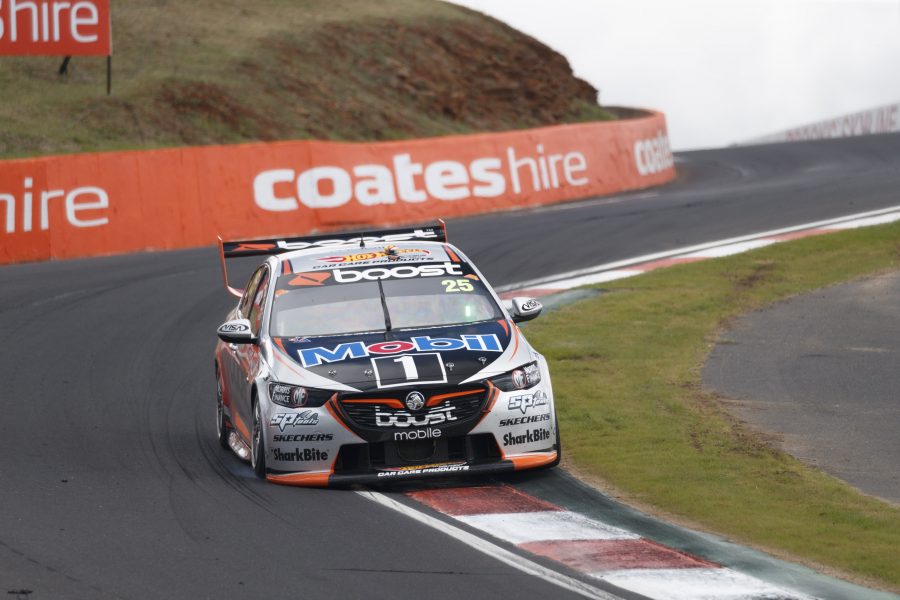 “Hopefully we can repay the boys, the team and all the fan base and get a good result here this weekend.

“The speed has been really good over the last three rounds, since Tailem Bend when we had quite a big component change the performance of the car has really stepped up.

“We haven’t had a few things go our way with luck, but that can change, hopefully it changes this weekend.

“The championship is gone for us, so hopefully we can ruffle a few feathers coming into the last few rounds.”