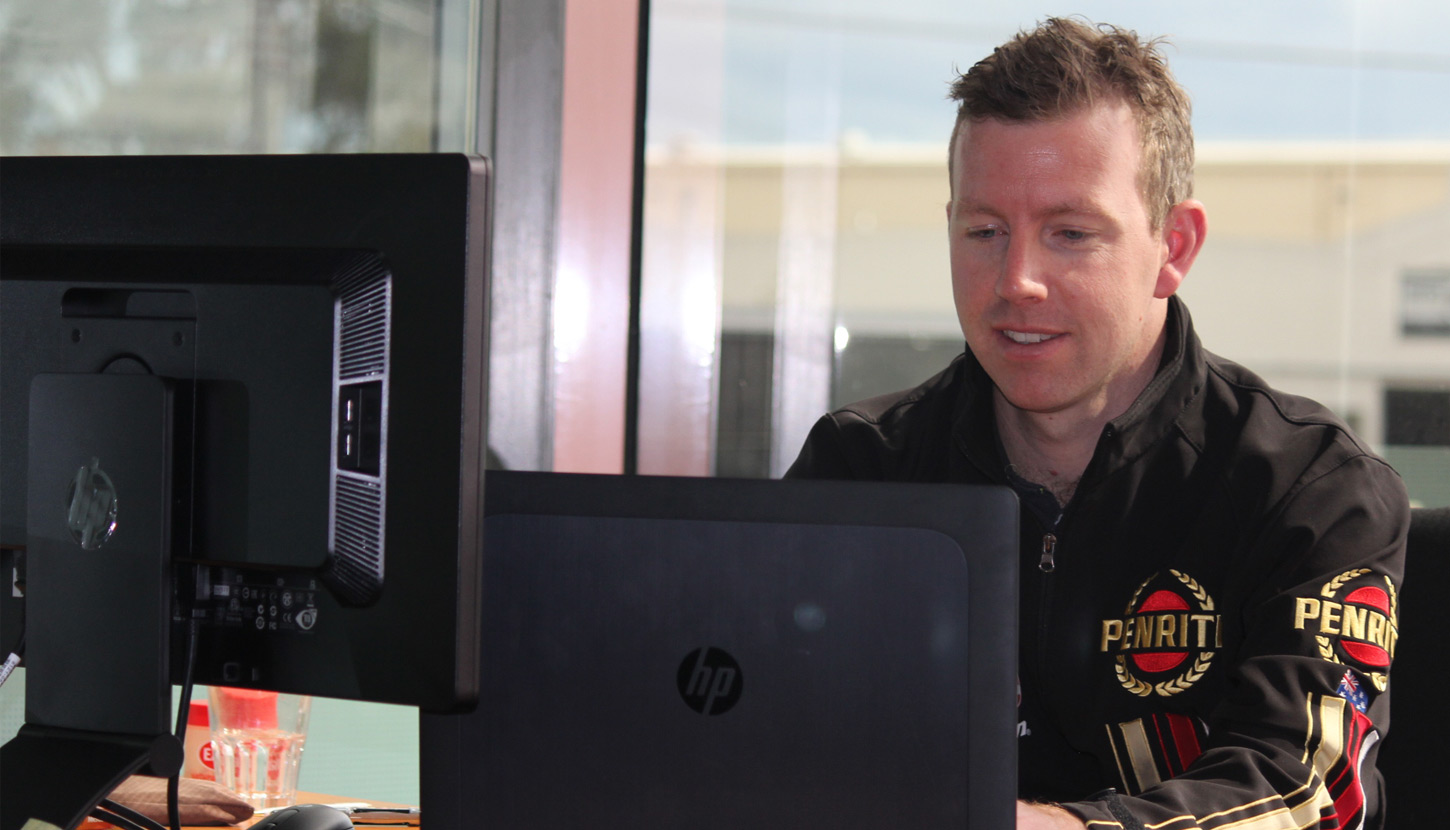 Bathurst winning engineer Alistair McVean is set for his initiation into Erebus Motorsport, joining the team ahead of this weekend’s Supercheap Auto Bathurst 1000.

As reported by Supercars.com late last month McVean joins the team with a wealth of experience, heading up the engineering department and also taking over as race engineer for David Reynolds in the #9 Holden Commodore.

One of the most highly regarded engineers in pit lane and a strategy gun, he comes over from Walkinshaw Racing; having worked with Mark Skaife, Todd and Rick Kelly, Garth Tander, Will Davison and James Courtney.

“I’m excited; it’s obviously very new and I’m trying to find my way around the place but I look forward to the challenge,” McVean said.

“The team is a lot smaller and we’ll be having to do things differently to what you would in a big team but that’s not a bad thing,” McVean said.

“We can be more reactive and quicker to implement things; I think there’s a lot of potential here.”

While the first day at a new job can sometimes be a nerve-racking experience, McVean feels quite at home, finding the Erebus Commodores relatively familiar.

“It’s going to be a baptism of fire, stepping straight into Bathurst, trying to learn everyone’s names to start with, and then learning what they’ve done to the cars since they got them from Walkinshaw,” McVean said.

“I knew what the car was when it got sent here but they’ve taken their own direction, and from what I’ve seen so far it looks very good.

“It’s quite exciting to see their ideas; open up to a new world of ideas that even Walkinshaw didn’t have.

“It will take a bit of time to understand the team, understand Dave and what he needs, and then move forward; but we already working on that process.”

The team face a massive week ahead but there are no doubts, with McVean having engineered HRT’s 2005, 2009 and 2011 Bathurst wins.

“I’ve been there and done that, won it a few times. I think everything is here to get a good result, we just need to put it together,” McVean said.

“I’m not discounting a win or a podium. If we can get it into the shootout, we can do anything from there.

“We can be quite aggressive on strategy; we’ve got nothing to lose so we can do things that other teams might be reluctant on doing because they’ve got championships to worry about.

“The important thing is to get the process right so we don’t make mistakes. If we do that we can get a result.”

Erebus Motorsport’s General Manager Barry Ryan is also excited to have McVean onboard.

“I’ve enjoyed being a temporary engineer, but this is the right move for the future of our business and our engineering team.

With the Bathurst 1000 just days away, McVean and his new team are geared up and ready to make the trip up to Mount Panorama tomorrow.

Tickets for the Supercheap Auto Bathurst 1000 are available at Ticketek.

01/10/2016
Stay In The Know
Sign up to the Virgin Australia Supercars Championship Newsletter
We use cookies to ensure that we give you the best experience on our website. If you continue to use this site we will assume that you are happy with it.Ok