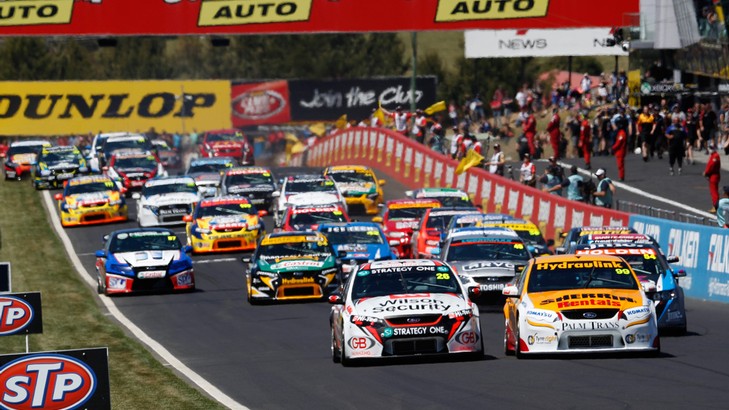 After a positive boost in numbers this season, entry conditions for 2014 and beyond have been amended to benefit the high number of participants expected in the Dunlop Series.

In the past four years the category has experienced tremendous growth, increasing from an average of 17 cars on the grid in 2009, to 31 V8 Supercars competing in more than five rounds on the seven round calendar this season.

In order to maximise the benefit to the up-and-comers in the category, V8 Supercars has announced increased track time for the Dunlop Series, meaning two 40-minute races will be scheduled for all events in 2014.

According to V8 Supercars General Manager – Motorsport Damien White, the growth in the series is a testament to the commercial and career development value it offers. It will continue to nurture our stars of the future and be treated as the V8 Supercars’ principal support category.

Entries for the 2014 season open today, with 28 cars eligible for an automatic entry based on their participation in 2013.

They have until January 31 to activate while others looking to run in the 2014 series can also submit entries from today.

While the automatic Series entries are limited to 28, at any event where the number of entries above the 28 exceeds Circuit capacity, they will be awarded to the other entrants based on points order of the Series at the time.

For example, Perth (round three) has a capacity of 32 entrants, so the final four positions would be allocated to the highest placed in the points standings after the first two rounds. Adelaide, Winton and Ipswich have a capacity of 38 entries; Sydney 36; Bathurst 34, with Townsville also at 32.

“We remain committed to ensuring the DVS remains as the primary support category with its teams enjoying the benefits of it being owned by V8 Supercars.”

Next year, the Holden Commodore VE will no longer be eligible for Dunlop Series meaning the VEII is the only eligibleHolden model next to the FG Falcon.

The Dunlop Series will contest its final round for 2013 at the Sydney NRMA Motoring and Services 500 with 31 entries, beginning Friday December 6. There is still a battle for the Championship, with Dale Wood leading Ash Walsh by 228 points.