Garry Rogers Motorsport will build the first batch of S5000 single-seater race cars as part of a technical partnership with the new category.

The Supercars outfit has been tasked with providing 'total technical support' for the V8-powered series, which is set to kick off in 2019.

A total of 13 more Onroak-Ligier chassis will be delivered from the US – where they are being built – to GRM in early-2019 to build into a package powered by a V8 engine.

"We saw the opportunity with S5000 to utilise the workforce that we have to produce a lot of the components that will go into each car.

"It will be a big task, but we will put the right processes in place in regards to the volume of components that you need.

"Without simplifying it, these cars are like big Meccano sets.

"The Onroak-Ligier chassis are supplied partially complete, the engines are a slightly modified ‘crate’ engine, which only need small modifications when they arrive in Australia, and the gearbox/transaxle comes complete from Holinger.

"Our fabrication department will be put under the pump but, because we’re not building new Supercars chassis, we believe that it is an achievable job and we’re looking forward to taking it on.

"In the mid 70s, I remember going to Calder Park with Dad and I remember the 5000s roar back then.

"Car racing is all about the senses, noise and flames – and there’ll be no better car than a S5000 to satisfy all of those senses." 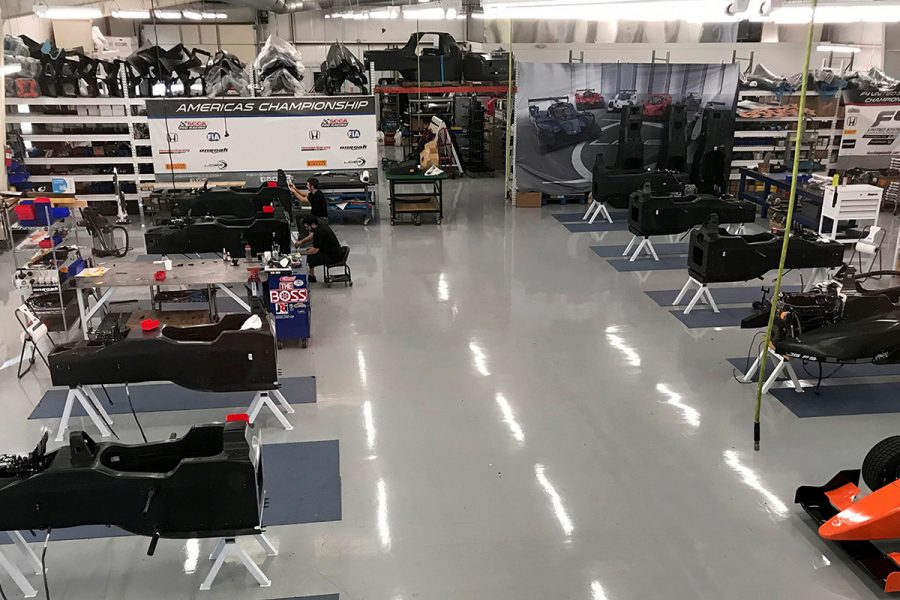 The first eight S5000 chassis being constructed in the US

GRM has run as a standalone Supercars operation since 1996, and its composites department produces ZB Commodore front splitters for the bulk of the southern-based teams.

"The commitment by Garry, Barry and GRM to the production of S5000 cars is a fantastic vote of confidence by them in the formula and the CAMS Australian S5000 Championship,” said category manager Chris Lambden.

"The facility and personnel available at GRM will be a big boost to the production process, following on from the design and development of the car, overseen by Michael Borland, who will still be involved in a consultancy role.

"Following the successful launch, the recent demo runs with the first car and the reaction to it, this is another crucial box ticked in terms of delivering what we expect will be a super addition to the Australian and New Zealand motorsport scene.

"Production of the first batch of S5000 cars is now underway and 2019 is looking pretty exciting."