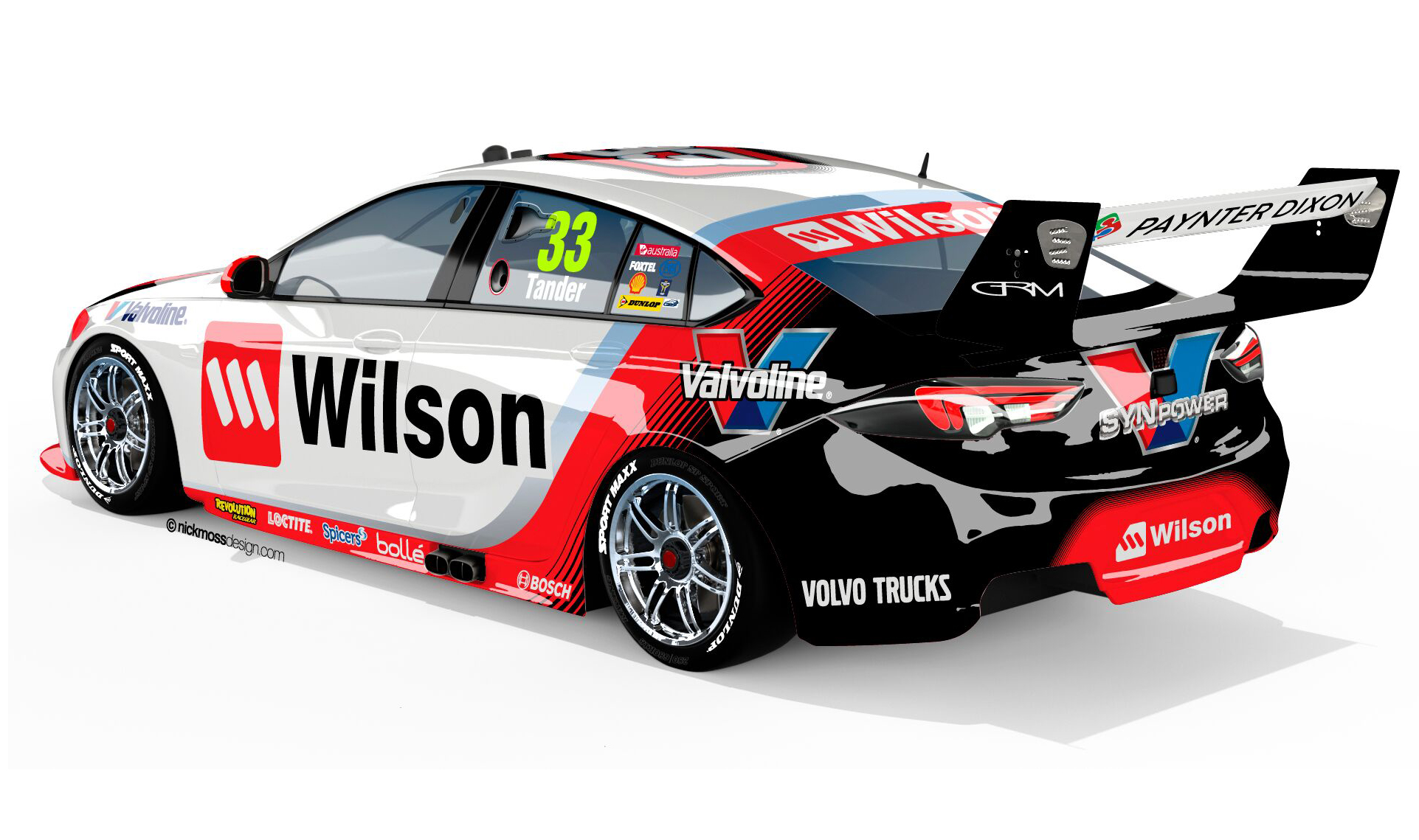 Garry Rogers Motorsport has revealed the look of its Virgin Australia Supercars Championship and Dunlop Super2 Series entries for 2018.

The team has released renders of its four cars while the finishing touches are being put on the new ZB Commodores for Garth Tander and James Golding.

Continuing with primary sponsorship from the Wilson Group for a fourth season, the new-look includes a move away from the blue run by GRM over recent years.

Tander and Golding will shake the cars down on Wednesday at Winton, where its Chris Pither and Mason Barbera-driven Dunlop entries will also test.

GRM director Barry Rogers says he is looking forward to seeing the cars on track after another busy off-season, just 12 months after the switch from Volvo to Holden.

Like the bulk of Holden teams, GRM has been sweating on the availability of parts from supplier Triple Eight to complete its ZBs ahead of this week’s track running.

“It’s not quite as big as last year, but it’s been another big push and it’s all come together at the right time,” Rogers told Supercars.com.

“I’m really proud of how the boys have gone about the job of building these cars and dealing with a few setbacks along the way.

“There have been parts dribbling through right until the death-knock, but we will have everything ready to go for the shakedowns.

“The cars will then go straight from Winton to Sydney [for Friday’s pre-season test], where the drivers will get a proper feel for them.”

The team has elected against turning the shakedown into a full rookie test for Golding, instead saving the 22-year-old’s extra days for later in the season.

GRM has meanwhile moved its 2017 main game cars down to Super2, retaining the chassis it previously raced in the second-tier as spares.

Barbera's VF will run in the same colours as the Tander and Golding ZBs, while Pither will race with backing from Wilson's New Zealand sister brand, First Security.

Full steam ahead on front-splitters

GRM cut a deal with Triple Eight last year to produce the front-splitters for each of the Victorian-based ZB Commodore entries.

The agreement was made to take the load off Triple Eight’s Queensland-based supplier, Lightning Composites, and keep GRM’s three full-time composites staff employed.

Delays with the mould, however, have made for tight production deadlines ahead of the Sydney test, where teams will share a common pool of spares.

“The initial plan was to get production underway prior to Christmas but it dragged on into January through some speed humps that weren’t foreseen,” said Rogers.

“The composite guys have been flat-out over the last three weeks, seven days a week, 5:30am until 7:30pm.

“We can make one per day and everybody now has one per car. We’ll go to the test with three spares that will be accessible to all teams.

“It’s not ideal because most teams like to paint their splitters, but they’ll just have to sticker them if they need them.

“By the time we get to Adelaide everyone will have at least two per car, plus a handful of spares which, again, will be shared between the teams.”

The shortage of ZB parts meant Erebus Motorsport shared a single rear-wing between its two cars at a test day on Monday.

Walkinshaw Andretti United and Brad Jones Racing are also scheduled to shakedown new cars ahead of the Sydney test.