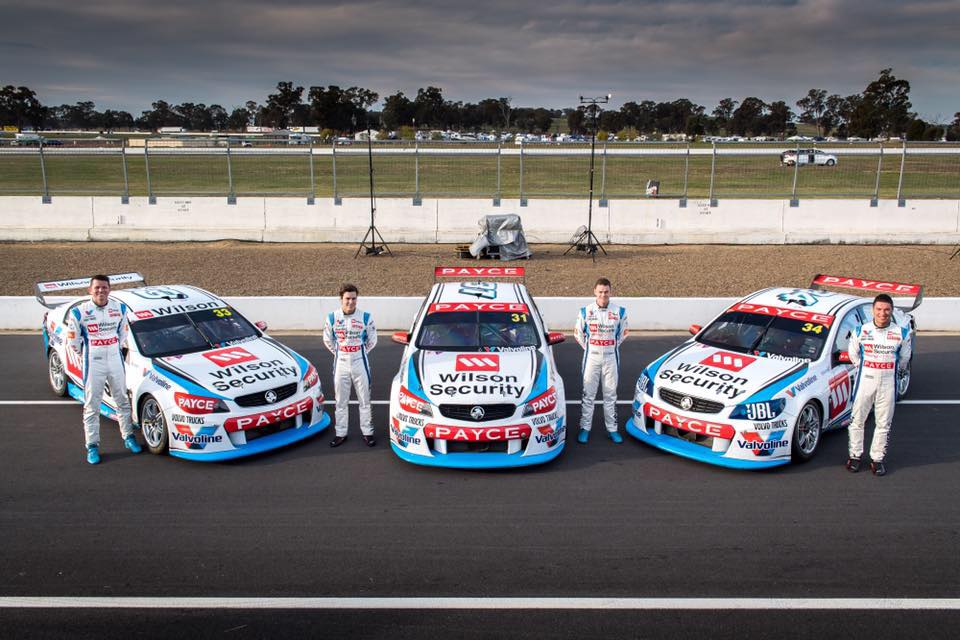 Garry Rogers Motorsport’s goal of bringing a new manufacturer into the Virgin Australia Supercars Championship is set to be pushed back by at least another year.

GRM has been working on a new marque since Volvo announced in May last year it would leave the sport at the end of that season.

Amid a switch back to privately funded Holdens for 2017, GRM has been in talks with Kia about bringing its new Stinger model into the championship.

Although the Korean manufacturer has declared publicly its interest in the category, CEO Damien Meredith recently confirmed that it may not be ready as early as 2018.

With the end of May fast approaching, GRM director Barry Rogers has told Supercars.com that the squad is now almost certain to stick with its current Commodores.

Triple Eight is developing a V6 turbo-powered version of the next generation Commodore to debut in 2018, but has so far only guaranteed supply for its two Red Bull entries.

“Nothing is totally concrete, but percentage-wise we’re 80 precent sure we’ll continue with what we’re running at the moment,” said Rogers of 2018.

“We’ve been talking to different parties, but nothing looks like eventuating for next year and we won’t just go out on a whim and do something ourselves.

“Now really is the deadline. If you get to the end of May, which is when we did the Volvo thing, without anything then you’re really beyond the deadline of when it can be done.

“And for us, when you look at the V8 Holdens or the turbo sixes, I can’t see any point for us to go down that turbo road when we’re still looking for other manufacturers (beyond 2018).

“We’re happy to run these cars. We don’t know exactly how the turbo will go, but we’ve just got to control what we’re doing and worry about that.”

Rogers confirmed that the team’s talks with Kia came after a study of how various road car bodies fit on the Supercars chassis was conducted by team engineer Richard Hollway.

The striking Stinger road car is to be sold with a 3.3 litre V6 twin-turbo, which would also fit to the Gen2 rules.

“We earmarked the Stinger as the car we wanted to run nearly a year ago when Krusty (Hollway) did some basic (digital) work on it,” said Rogers.

“We presented to them and said ‘tell us if we’re wasting our time’ and he said ‘you’re not wasting your time, but at the moment we’re not ready to roll on anything’.”

After the double blow of losing Volvo and star driver Scott McLaughlin, GRM has impressed early this season with solid performances from its newly built Holdens.

Returning former champion Garth Tander and second-year GRM driver James Moffat both sit in the championship’s top 10 ahead of today’s Race 9 at Winton.

The team has added a third car as a wildcard for youngster James Golding for Winton and Queensland Raceway, but has no plans to expand beyond two full-time entries.

“It’s not too bad doing it for a weekend, but it’s not so easy doing it full-time,” said Rogers, noting that the wildcard is supported by GRM’s Super2 crew.

“With the way it’s structured, if you’re going to run three you may as well run four and we’ve seen how that’s worked out for some teams.

“We won’t be going down that line I wouldn’t have thought.”

2017 Winton SuperSprint  ›
Stay In The Know
Sign up to the Virgin Australia Supercars Championship Newsletter
We use cookies to ensure that we give you the best experience on our website. If you continue to use this site we will assume that you are happy with it.Ok