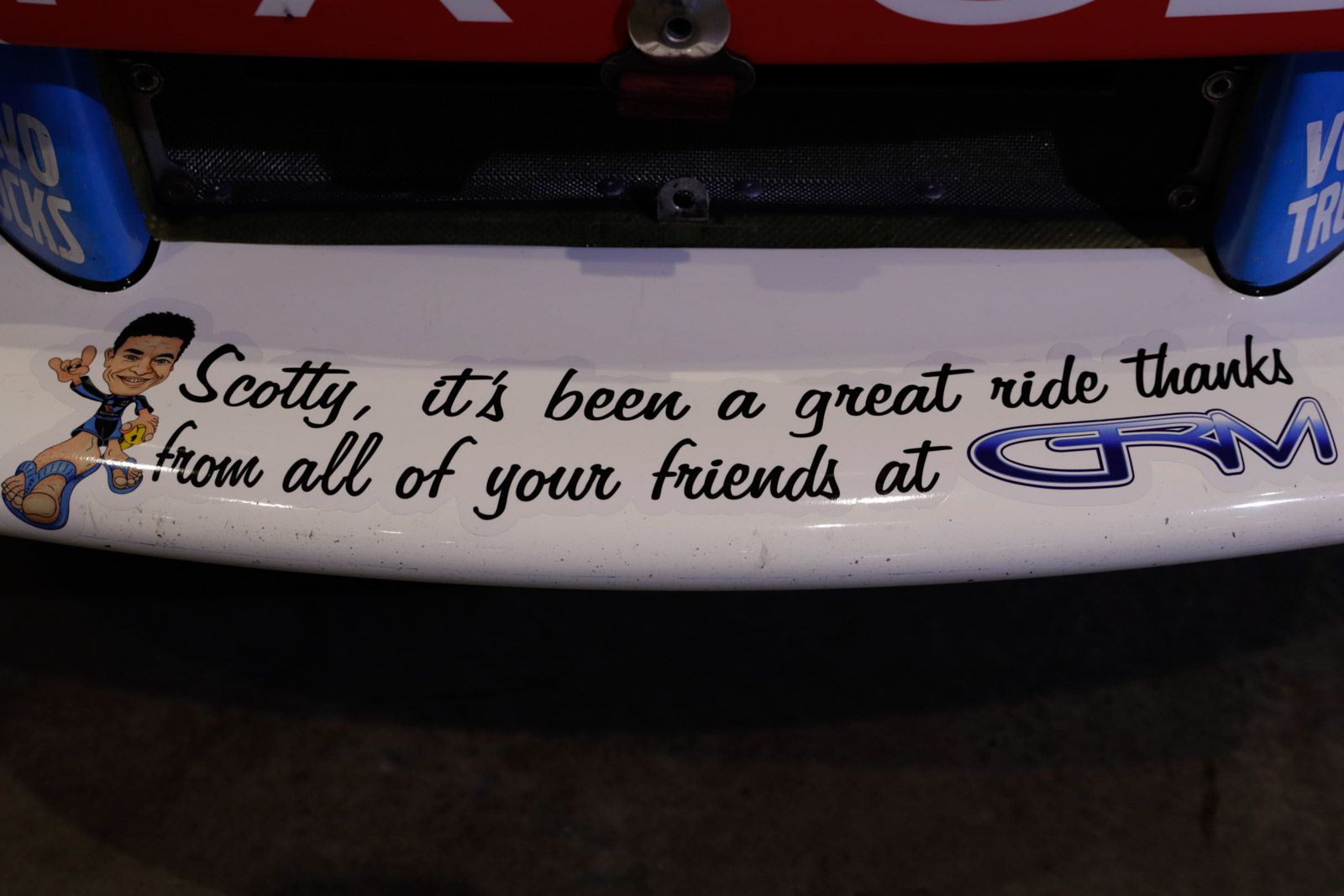 Garry Rogers Motorsport has paid tribute to Scott McLaughlin and his contribution to the team as he lines up for his final event with them before shifting to DJR Team Penske for 2017.

The 23-year old has raced with GRM full-time in the Virgin Australia Supercars Championship since 2013, though he stepped up after winning the Dunlop Series in 2012 to contest Sunday’s race at Sydney Olympic Park after Alex Premat needed a last-minute replacement.

McLaughlin was emotional speaking to supercars.com in the lead-up to the Coates Hire Sydney 500, and team boss Barry Rogers said it was one of the most difficult departures the team has faced.

“Scotty has been one of those guys – he raises the whole team,” Rogers said.

“We’ve had drivers come and go, as all teams do over the years, but we’ve been particularly impressed with his attitude and the way he’s gone about these last six months when he was going.

“He just has not changed one little bit, he’s tried his guts out, he’s put in as hard as anybody and while you never look forward to any driver leaving, we’re probably a bit more attached to him than other drivers that have left.

“There’s probably a bit of emotion this year with the Volvo thing happening and we just felt as a team we’d like to do something for him. It’s no big deal, just to make it special for him and something to remember … it’s just something that, in years to come he’ll see a photo of the car, and have the memories.” 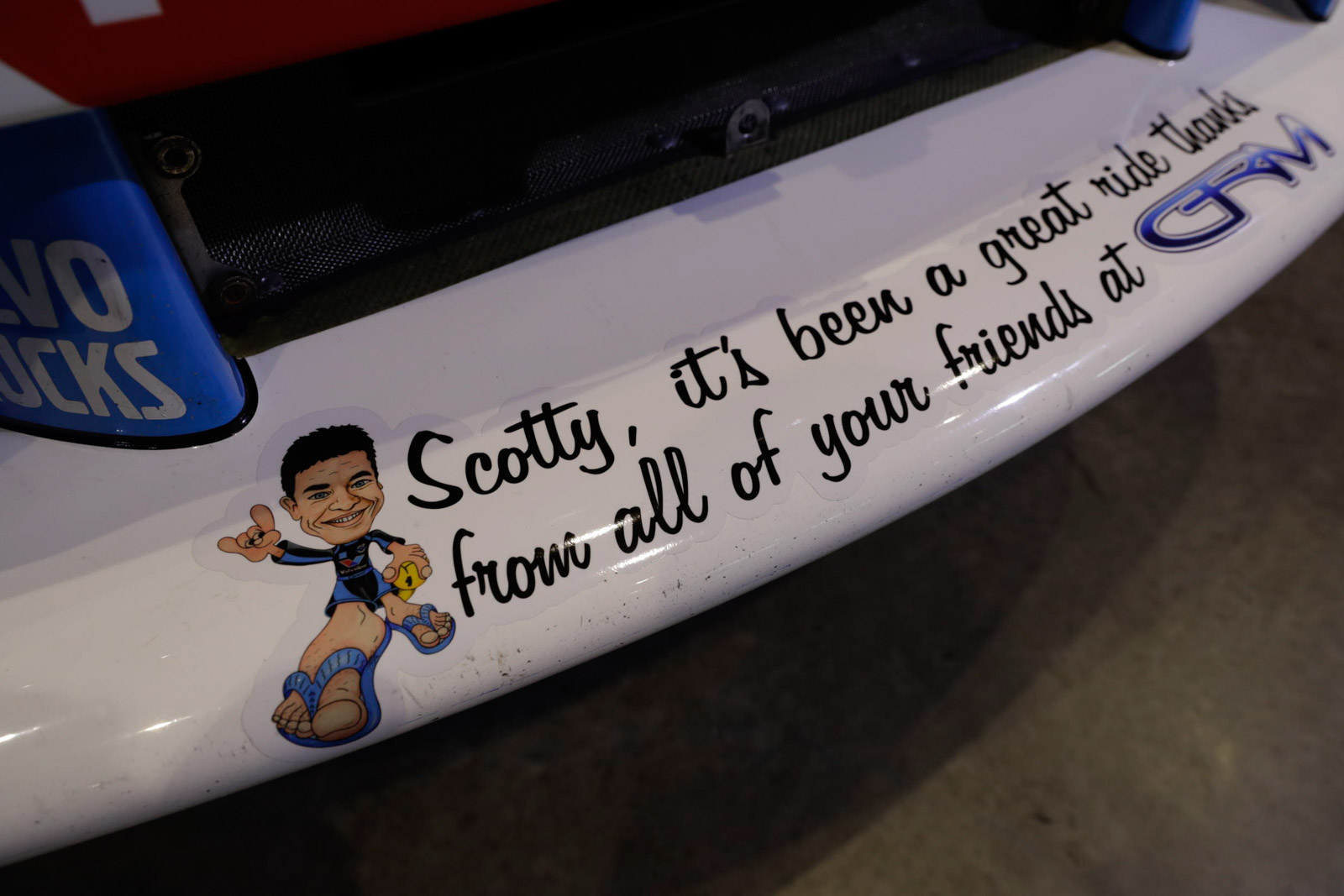 Garry Rogers is renowned for discovering new talent and was proud to see his drivers progress through their careers – but Barry said they couldn’t take all the credit with this one. McLaughlin started in the Supercars Dunlop Series in 2010 and won the title with Stone Brothers Racing in 2012.

“Dad particularly gets a lot of satisfaction bringing young drivers along and this isn’t watering down what Garry’s done – he’s done a sensational job – but it’s not like we discovered him, the Stone Brothers really discovered him, Ross and Jimmy. They got him on the right track and we probably just developed him further.”

There’s plenty to play for this weekend with the battle for third with Craig Lowndes – he and McLaughlin are separated by just 21 points – and the teams’ championship, with GRM able to finish second with a good run. There’s 130 points separating second-placed Holden Racing Team to fourth Prodrive (Winterbottom-Waters garage) heading with a maximum of 576 points still available.

“If things go our way – and they’ll go our way if we work hard enough and try hard enough – potentially we can grab HRT for second. But by the same token if we have a bad weekend we can go to sixth I believe. So it can go either way, not just the forward movement so we need to be on our game.

“All credit to Triple Eight for a 1-2-3 – they have been 1-2-3 most of the year. But if we could  jump Lowndes to get that third position – we give Roland and the boys tremendous applause to do that and keep it going with three cars – but it’d be nice to dampen his party a little bit.”