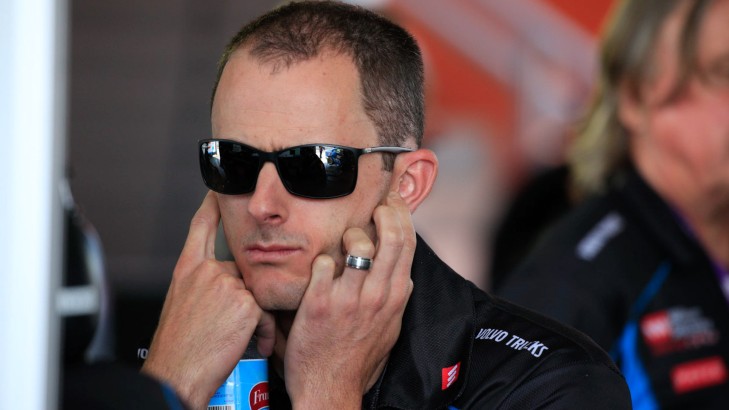 Wilson Security Racing GRM has confirmed David Wall will not be driving full-time with the team next year.

The team issued a statement on its website this afternoon saying he was in contention to stay on as an endurance co-driver for 2016, as silly season speculation hit a high at this weekend's Castrol Gold Coast 600.

James Moffat has been heavily linked with the #34 drive, though he refused to comment on the future after yesterday's announcement that he would leave Nissan at the end of the season.

Wall joined the team at the start of this season and team boss Garry Rogers has maintained the 32-year old would need to perform if he wanted to retain his spot with the group.

"Wilson Security Racing GRM confirms that David Wall will not be driving on a full-time basis with the team at the conclusion of the 2015 V8 Supercar season.

"David has decided to focus his time on his young family and the Wall Racing business.

"We are in discussions with David in regards to remaining with the team as an endurance driver for season 2016.

"We will make an announcement regarding our driver of the 34 car in due course."

On today's TV broadcast Moffat said: "It's been great (at Nissan Motorsport), obviously the last three years I've made some good memories and great friends at this team and it will be sad to move on.

"But that's the way it is so I am confident I will be on the grid next year which is the main thing.

"But at the moment it is full focus on this weekend and getting the most out of it with what we have got."

The futures of Will Davison and David Reynolds have also been hot talking points on the Gold Coast.