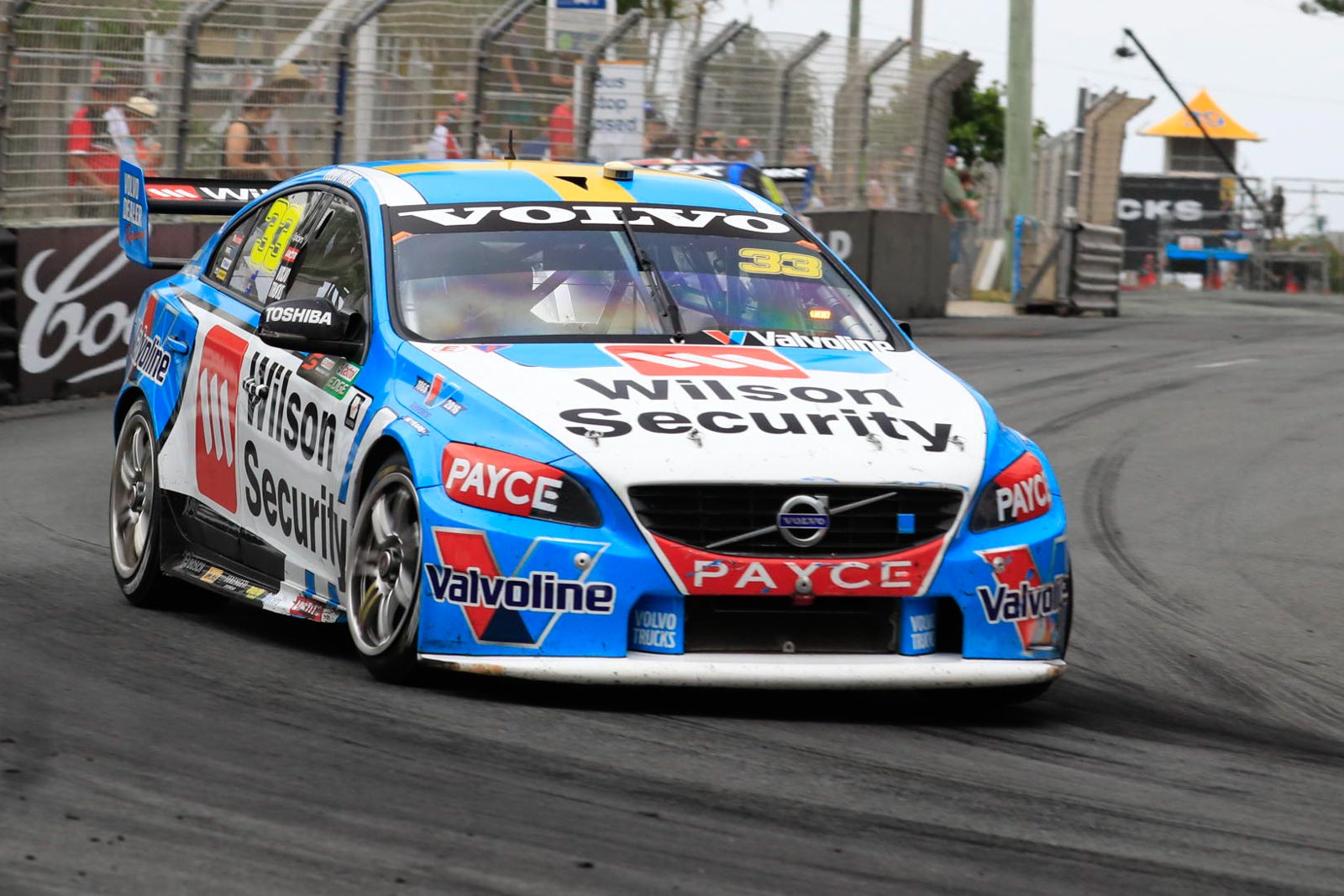 Garry Rogers Motorsport is determined to finish off its extraordinary 2016 Virgin Australia Supercars Championship on a high at this weekend’s Coates Hire Sydney 500 by equalling its best-ever teams’ championship result.

Wilson Security GRM, which will farewell lead driver Scott McLaughlin and finish its three-year tenure as a Volvo factory team at Sydney Olympic Park, is in with a definite shot at finishing second in the prestigious points battle as it trails the Holden Racing Team by just 37 points with 576 points up for grabs across the two 250km races.

But the points battle is close enough the Dandenong team could feasibly slump as low as fifth or sixth if it has a bad weekend.

McLaughlin, who moves to DJR Team Penske for 2017, also has a shot at beating TeamVortex’s Craig Lowndes to third in the drivers’ championship, which would be the best result for the team in the title since Garth Tander finished second in 2000.

But with 300 points up for grabs, McLaughlin also could drop down the order if he suffers a poor weekend.

“So we certainly need to keep our eye on the ball. Everyone is flat out and been really focussed.

“We are confident as we can be that we will put our best foot forward.”

Rogers paid tribute to the way the tight-knit team had behaved in the wake of the shock announcement by Volvo in May that it would not be renewing its deal. That had then played a significant role in McLaughlin’s decision to swap teams in late June.

GRM enters mediation with Volvo December 13 seeking continued support to race the Volvo S60s in 2018. Its decision on a replacement for McLaughlin has been delayed by the uncertainty.

“But through it all the team has not been unsettled, there has been no uneasiness, who’s got a job and all that sort of thing,” said Rogers.

“It’s come from the top with Garry, he has been firm in his stance of what we were doing so no-one would have any doubts.

“Sure it’s been a bit like a duck on a pond; It’s been calm on the top while there’s been a lot of paddling going on underneath the water.

“But the group we have got – we have a great loyal bunch of blokes and ladies – have faith in what we will do.”

“We get more satisfaction out of watching the smile on the blokes faces in the pits when their respective cars get a good result and they are all happy than we do seeing McLaughlin standing on the number one dais getting a trophy.”

Having said that, Rogers also praised the way McLaughlin, as well as his crew, had remained focussed on the championship in the wake of his departure announcement made in late June.

“Scotty’s attitude has seriously been a real credit to him. And a credit to the boys in the team that really stuck behind him.

“The guys in the team, seriously, have forgotten the fact he is even going.

“It will be a sad day in Sydney when he does go. As much as he is a bloody good driver he is a good mate to a lot of people within the team.”

Rogers said there would be disappointment in Sydney if the team did not achieve the best results possible, but also conceded that might mellow with a little reflection, given this year’s challenges.

“A day or two later, looking back, it would be a case of ‘shivers considering the circumstances we have run under for three quarters of the year we should be proud of what we have achieved’.”