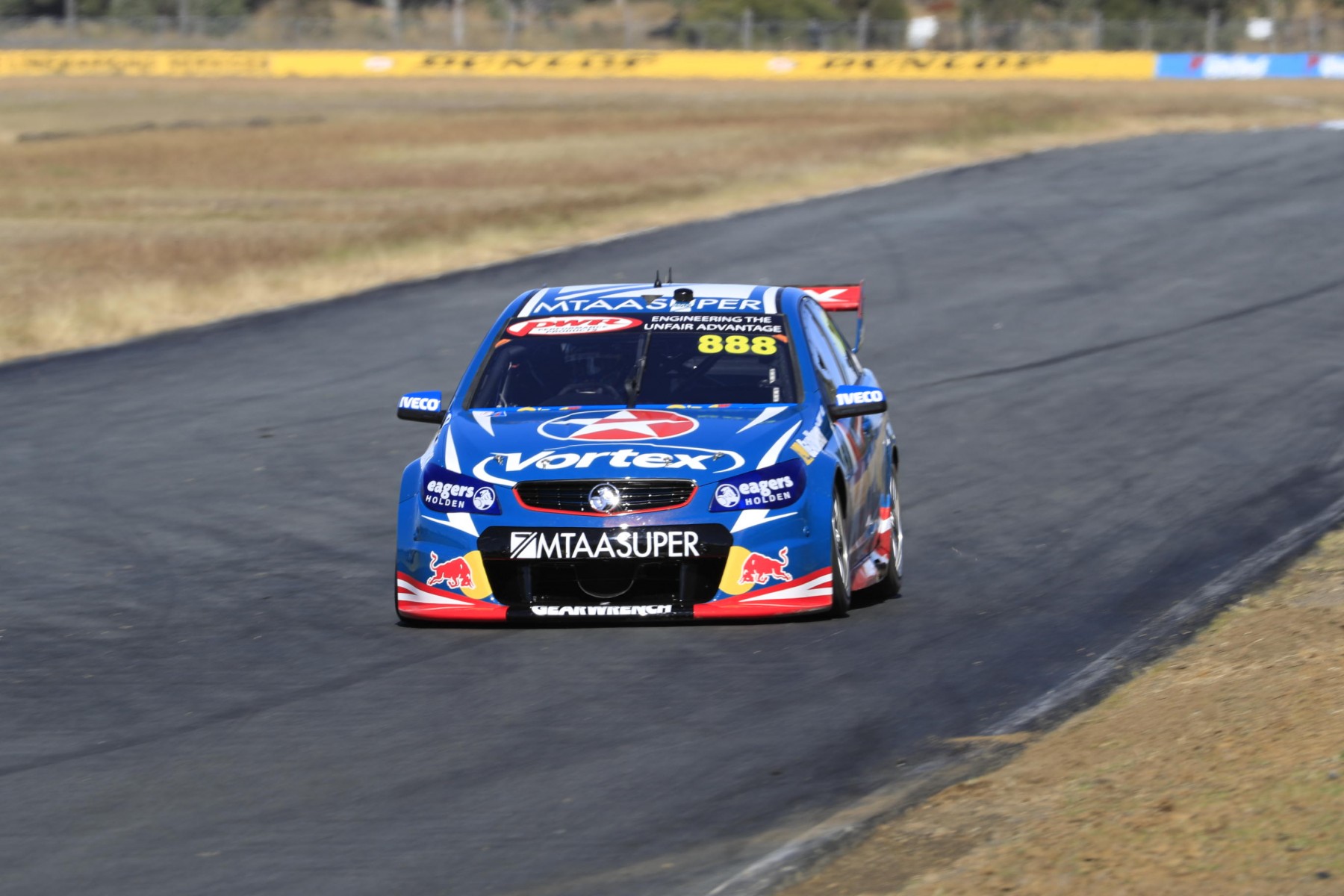 With its drivers Jamie Whincup, Craig Lowndes and Shane van Gisbergen taking positions three to five in the Championship points, performance is nothing to scoff about. But Whincup said today the team wants to lead the pack again, and Dutton echoed his sentiments.

“Having three cars there was night and day better, it was awesome,” Dutton told supercars.com.

“Everyone was working individually but closely together … we were making sure everyone was communicating really well.

“With two cars, occasionally you see two cars struggle with one issue and you’ll think it’s the characteristic of the circuit that day – but then the third car isn’t struggling with it, you say, ‘ah, let’s re-evaluate and relook at it’.

“So it was really positive to have the three cars.”

Triple Eight now has a “mountain of data” to go through – Dutton believes improving the base setup and effectively starting a race weekend in a better position is the biggest gain they could make.

“There’s no bolt on bit to make us go three-tenths quicker, that’s for sure – I wish there was,” he said.

“That comes from hard work, working together and getting a good base setup, so hopefully we can do that and refine that even more.

“The closer you are, rolling out at the track, to where you ultimately want to be, that’s where the difference will be.

"Hopefully today we learned a few things [that will] improve our starting position, and just give us that little bit of extra pace which we can find easier [for] qualifying and also the racing.

“Starting a little bit closer to the mark makes a huge difference, so that’s something we hope to have to have gained today.”

There were no mechanical issues with the cars, though there was a slight wait as parts of the track were swept after wild weather over the weekend.

Triple Eight did not run until the 5.30pm cut-off as the light disappeared this afternoon.

“You never fully get through your program … we were still happy with the day but you really don’t know what you’ve learnt until a good debrief tomorrow,” Dutton said.

The team elected not to run co-drivers but did squeeze in some laps for customer team Preston Hire Racing, with Lee Holdsworth jumping behind the wheel of Whincup’s #88 Red Bull Holden Commodore.