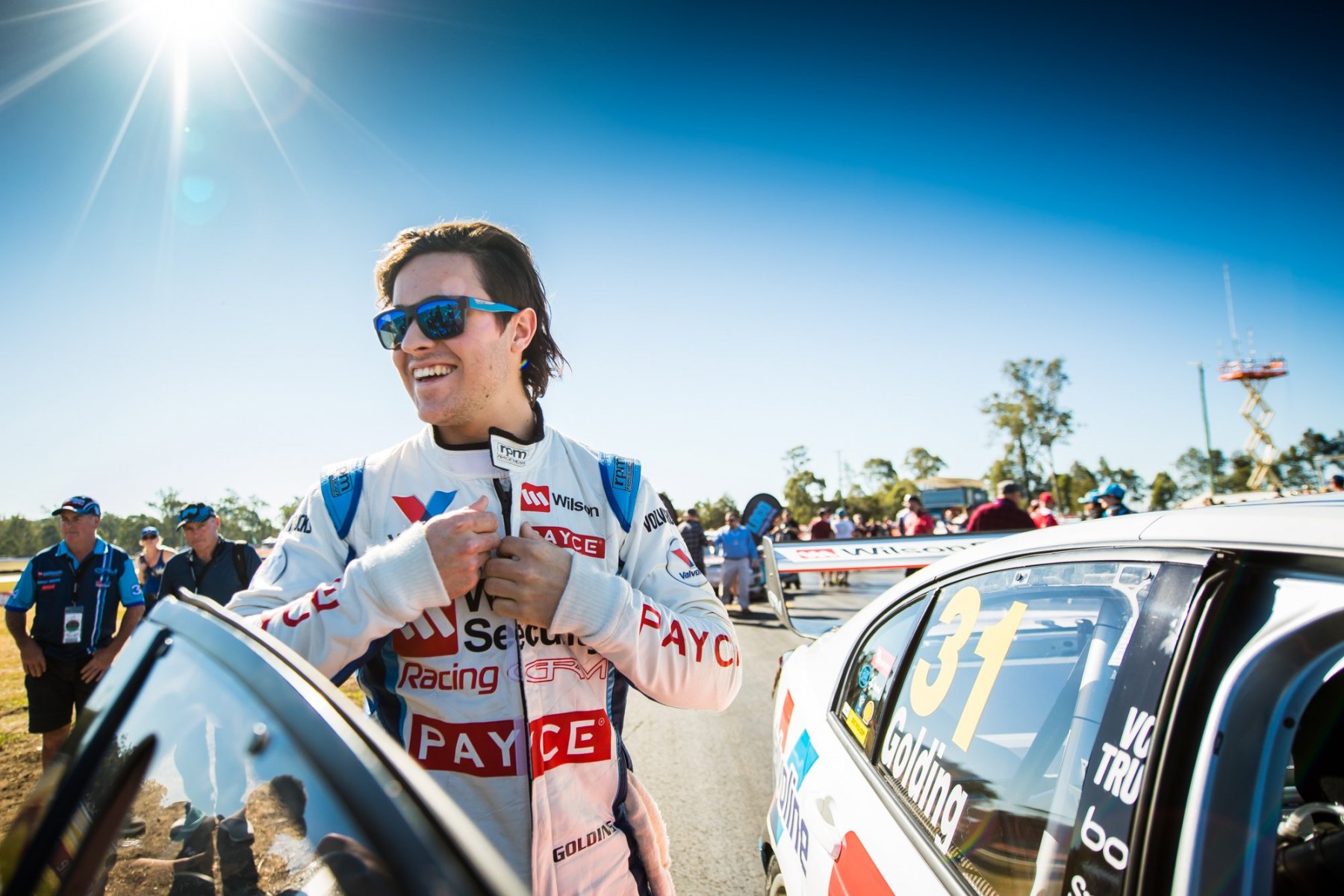 James Golding is the latest rising star to secure a place on the 2018 Virgin Australia Supercars Championship grid.

Garry Rogers Motorsport has confirmed that the 21-year-old will step into the seat held by James Moffat for the past two seasons.

Golding joins a star-studded list of drivers to have scored their first full-time chance with GRM that includes Garth Tander, who returned to the team in 2017, Jamie Whincup, Scott McLaughlin, Jason Bright, Michael Caruso, Lee Holdsworth and Steven Richards.

From Warragul, Victoria, Golding spent 2015-16 in the Dunlop Super2 Series with GRM, but found himself without a full-time seat in either Supercars tier this season amid a driver shuffle within the squad.

Instead he ran main game wildcards at Winton and Queensland Raceway and returned for a second PIRTEK Enduro Cup, alongside his 2018 team-mate Tander.

Golding is among a number of youngsters set to step up next season. Anton De Pasquale has been confirmed at Erebus, while Richie Stanaway (Prodrive), Jack Le Brocq (Tekno) and Todd Hazelwood (Matt Stone) are all in line for promotions.

“I’ve been involved in GRM and Supercars for a bit over five years now and to finally get a seat is just unreal, it’s a dream come true for me,” Golding told Supercars.com.

“As a young kid it was always my dream and I’ve been so close, it’s unbelieve to finally get that chance. I can’t wait to get in and see how I go.

“I think now it’s time for me to move up. If I didn’t move up now I think it’d be a bit harder because I’m at the right age for it.

“I’ve learnt a fair bit out of the wildcards and another round of endurance races, so I’m better equipped than I would have been a year ago.”

As well as driving, Golding has worked as a mechanic at GRM in recent years, including forming part of the pitstop crew at certain events.

Nicknamed ‘Bieber’ by team owner Rogers, Golding recently completed his mechanical apprenticeship at the team and will continue to work on the cars next year between events.

Rogers says he takes great pride in helping young people work their way through the ranks in motorsport.

“I will be extremely proud to see Bieber race in Adelaide in just over three months time,” said Garry Rogers.

“I get an enormous amount of satisfaction watching and helping young people achieve something and that doesn’t just mean race drivers, I get just as much satisfaction in watching a guy like Stiffy [team manager Stefan Millard] develop from a trainee data engineer to our team manager.

“With regards to Bieber, I have been watching him since his early teens in go-karts and as things progressed I offered him an apprenticeship a little over four years ago as a mechanic.

“Bieber has shown a great aptitude to the mechanical side of a race car and his day to day work ethic certainly illustrates to me that he is a very disciplined person.

“I know that Bieber has the skills and we will provide him with the people and the equipment to not only have the potential to lead that group but challenge the mainstays of Supercars.”

Golding says he’s honoured to join the star-studded list of those to graduate to the main game with GRM, but admits the hard work is only just beginning.

“If it wasn’t for him I wouldn’t be anywhere near where I am now. I’ve got him to thank for it,” he said of Rogers.

"It’s unbelievable to look at those other names that have come through with GRM and now be one of them, but there’s a lot of work ahead.

“The competition in the main series is extremely high and there’s going to be a lot that I have to learn that I haven’t experienced yet, including new tracks.

“There will be a bit to get my head around but I’m really looking forward to the challenge. Hopefully I can have some solid results to get my confidence up early in the season.”

This weekend sees Golding working as a number one mechanic on a Supercar for the first time, taking charge of Richard Muscat’s Dunlop Super2 entry.